With unofficial totals complete, Stoney has control of six districts, one more than the minimum needed to win, according to the City of Richmond’s district-based breakdown of 104,900 votes cast.  Stoney leads in districts three, four, six, seven, eight, and nine; Rodgers leads in two and five, and Gray leads in district one. According to current data, the Mayor wins with just 38 percent of the vote across Richmond.

Establishment politicians who helped re-elect the Mayor congratulated him on Twitter.

“Congrats to my friend @LevarStoney. Richmond is in capable hand[s] the next four years,” Governor Ralph Northam tweeted.

Congrats to my friend @LevarStoney. Richmond is in capable handa the next four years.

“There’s no better champion for Richmond or better friend. Dorothy and I are so proud of what you have and will accomplish for RVA. Congratulations @LevarStoney on the big win,” Terry McAuliffe tweeted.

The State Department of Elections is reporting results from over 100,000 votes cast in the City of Richmond, including 66,755 absentee votes cast. However, a breakdown of absentee votes by district has not been published by either the state or the city, leaving some uncertainty about whether or not incumbent Mayor Levar Stoney has actually clinched a win in five out of the nine districts as is required.

Nevertheless, the votes that have been tallied by precinct show Stoney ahead in five districts. Senator Joe Morrissey (D-Richmond) said it’s clear that a Stoney win would be caused by having three significant challengers.

“Levar Stoney should get on his knees tonight and thank God there were three other formidable challengers in there. All three split the anti-Stoney vote,” Morrissey said. Morrissey said that Stoney used his big campaign funds to buy TV ads taking credit for removing Richmond’s Confederate monuments. Morrissey added that Stoney only shifted to an anti-monument stance after years of opposing removal efforts.

“Here is what I think is just disgraceful: Levar Stoney lost the white vote in the city of Richmond, that’s a given, everybody sees that. So, he decided only way to salvage his campaign was to go after the black vote, that is why he removed the statues,” Morrissey said.

“The question is, is there any reason to think these votes outstanding will break any differently than the votes already counted? I have no idea,” said pundit Paul Goldman. 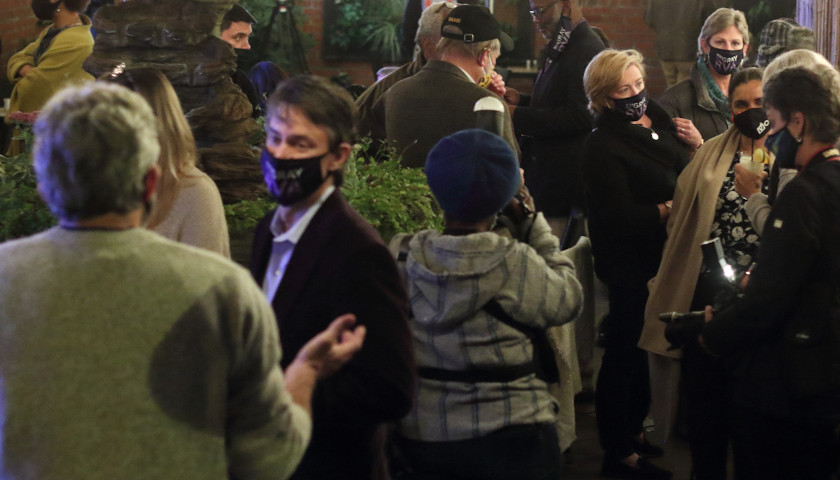 Meanwhile, Gray has so far failed to take the lead in any of districts five through nine, giving Stoney a lead in five districts. That said, over 70,000 votes still need to be counted; only 32,090 votes were available on the City of Richmond elections site as of this reporting. The 2016 mayor’s race saw over 100,000 voters, according to the Virginia Department of Elections.

Stoney’s campaign spokesman Kevin Zeithaml said in a statement, “While we are still watching the results closely, it is clear that the Mayor is the only candidate in the race with a coalition to win five out of nine districts. I am confident that the Mayor will be re-elected to serve a second term.” 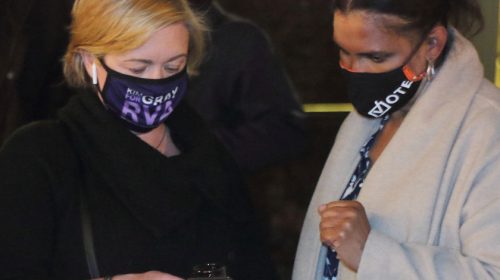 “I’m hoping for a win for Kim Gray, but I’ll be satisfied with a runoff,” Legions said. He said that Rodgers’ strategy throughout the campaign was to trigger a runoff, which occurs if no candidate wins five districts. If either Gray or Rodgers can take one more district from Stoney, the top two district-getters will hope to pick up votes from eliminated candidates.

“We are extremely optimistic, it’s important that every vote is counted,” Gray campaign spokesperson Jenn McBride said.  “Without the early vote numbers it is too early to call any district.”

The campaigns are preparing for the possibility that final totals may not be known until Friday.

Rodgers campaign spokesperson Sheri Shannon said, “The campaign is positive and monitoring results like everyone else. We feel good about the campaign and the support we’ve received. We’ll see what happens on Friday.”

Eric Burk is a reporter at The Virginia Star and the Star News Digital Network.  Email tips to [email protected]
Photos by Eric Burk.