NASHVILLE, Tennessee –  I stopped when I first heard “Where I Find God” on the radio. The words to the song were so pure and real that I wanted to hear it again and again. I wasn’t familiar with Larry Fleet but read somewhere that he was from Chattanooga. I had to find out more about this gifted singer/songwriter.

It turns out that Fleet is not from Chattanooga, but currently lives there with his wife of six years and his young son, Waylon. He is from White Bluff in Dickson County just west of Nashville. 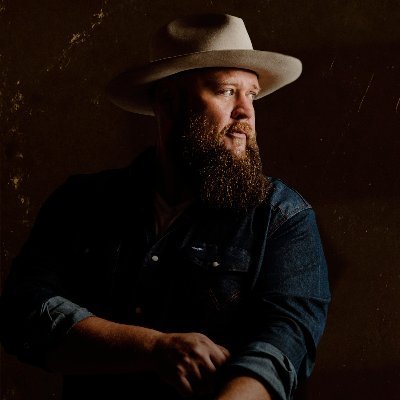 Fleet’s great grandfather and great uncle were the musical ones in his family. They played gospel and bluegrass. They had a little band and called themselves The Happy Two. Although they had regular jobs, they would go to local radio stations and play their live music.

By the time got old enough to play guitar, his great grandad was unable to get around much. But his Great Uncle Jim taught him how to play guitar by ear. His cousin could play the fiddle, but no one in his immediate family was musically inclined.

After church, everyone would go to Uncle Jim’s house and they would eat and play music. Fleet was young, but he knew he wanted to participate in what was going on. When he was five or six, his uncle taught him a few chords then prompt taught him to play “Wildwood Flower.” (Made famous by the Carter family.) After that, the young boy learned to play by ear. Once he was older, he took lessons and learned to read music.

He first learned to play bluegrass. Learning to play this technically challenging genre’ made it easier to learn other styles of music. Fleet and a group of kids played bluegrass at Ryman when he was about seven. He recalls, “At seven-years-old, you really don’t know what the Ryman Auditorium is, but now I know and I finally got to go back and play it again before COVID.”

He got his first publishing deal when he was about 22-years-old. He was doing what everyone else in Nashville is trying to do. He had some holds on a few songs by some big artists, but never had anything cut or made much money.

At one point he even worked at the famous WSM, Home of the Grand Ole’ Opry. Songwriting was always his main goal, but he was able to sing and play well enough that he performed at festivals and bars in Nashville and Chattanooga area.

He was around country music his whole life but it never panned out for him. Since his wife was from Chattanooga and she had a good job there, he moved to East Tennessee and worked construction when things didn’t appear to be working out in Music City.

He did well in construction and like his job and was “pretty content.” However, he put together a little three-piece band in Chattanooga and they played music on the weekends. “We got back to our roots and enjoyed playing music,” he stated. 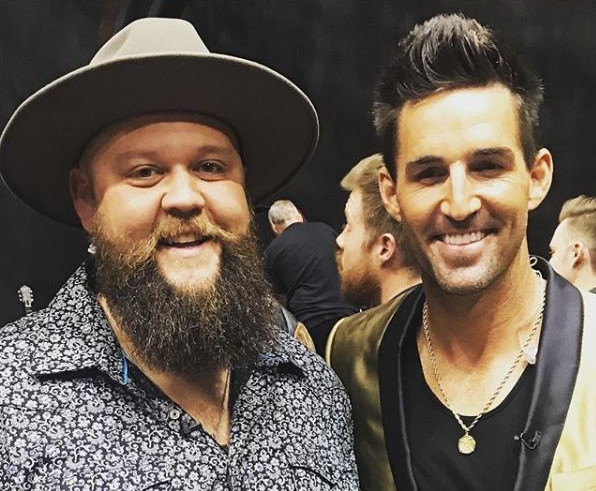 One night, he played a private gig outside of Nashville and country music superstar Jake Owen was there. Owen told him, “You are too good to be playing over here in a bar to ten or twenty people.” Fleet told him that he worked construction and just played music for fun.

Owen told him he was too good to be pouring concrete. Fleet recalls his response. “I’ve tried this for ten years and it didn’t work for me, so this is the way it is.”

Owen replied, “I think you are an idiot to be throwing away a talent like this.”

Fleet told Owen, “If you take me on the road with you, maybe I’ll think about quitting my job.”

Owen agreed and Fleet toured Florida and Michigan with him and then he did quit the construction job.

Since then he has shared the bill with Jon Pardi and Willie Nelson and joined Jake Owen on the Down to the Tiki Tonk Tour. The Green Bay Press-Gazette raved that Fleet “instantly impressed a crowd that chanted his name throughout the night”.

He admitted, “My story is a little different because I moved away and that’s when it happened Getting out of Nashville and really figuring out what I wanted to do, that’s when it really happened for me.”

“Jake has always been a big supporter of mine and a good friend and we are still real tight. We talk all the time and write songs together. We are signed on the same record label and he took me under his wing and he has been good to me. He gave me his word on something and he stuck to it.”

He also gives credit to his wife. It is scary when you quit a good-paying job to try to make a living by singing music. She said, “If Jake is on board and he thinks you are good enough, you should go for it. That first year I didn’t make hardly any money and she really picked up the slack for me to be able to [travel].”

He continued, “It’s tough. A lot of people think that you move to Nashville and that you play at Tootsies one night and you are going to get a big record deal. Even if you get a record deal, you have to work hard to keep that record deal. To get on the radio is hard and to stay on it is even harder. Whenever you step up to another level, it’s harder to stay there.”

Even if you are moderately successful, the overhead can make it difficult to make a decent living. Fleet and his band were doing better than good, then COVID shut everything down. Even though he can still make money writing songs and having new success on the radio, he doesn’t make enough to pay his band too.

He stated, “My drummer is working at U-Haul and my bass player is working construction. Everyone is doing side jobs just to get by until we can get back on the road. It’s a weird business. You got to be a little bit crazy to want this. But if it’s in you, you do whatever it takes to keep going.”

“Where I Find God” follows his Big Loud Records debut of Workin’ Hard released in November 2019. The title track strongly resonates with the working man as does his current single.

The smash hit was co-written with Connie Harington who also co-wrote the award-winning, “I Drive Your Truck” for Lee Brice and “Mine Would Be You” for Blake Shelton. “I knew there was something special about this song.” He put it out on Good Friday of this year and it blew up and got a million views the first week.

Sirius XM the Highway finally put in on the weekend show, “On the Horizon” where it was tagged and lauded by fans until it was moved to the regular rotation. Host Storme Warran proclaimed, “This is one of the best songs we’ve had in years. It gets people’s attention because people live this song every day.”

Currently “Where I find God” is climbing the charts on Sirius XM’s The Highway. With the lyrics From a barstool to that Evinrude / Sunday mornin’ in a church pew / In a deer stand or a hayfield / An interstate back to Nashville / In a Chevrolet with the windows down / Me and Him just ridin’ around / Sometimes, whether I’m lookin’ for Him or not / That’s where I find God, many people personally relate to this song.

Now that that Fleet has signed with Big Loud Records, he still lives in Chattanooga but drives over once or twice a week to write songs or for meetings. For the time being, he has no plans to move back to Nashville.

Fleet is reminiscent of a young Chris Stapleton. With his bluegrass background, innate songwriting ability, and honest vocals, he is sure to charm music fans from every genre’.

In the meantime, listen/stream “Where I Find God.” (You’ll play it again and again.) Then hop on over to Fleet’s YouTube channel and listen to “Workin’ Man” “Mix ‘Em With Whiskey” “Lied About Love” and many of his other singles/covers. You, like me, may just discover your newest favorite country singer.