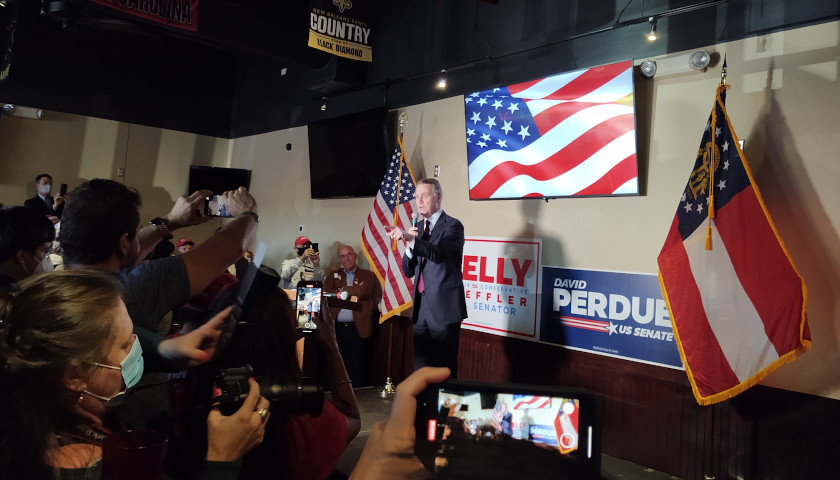 Speaking of Senator David Perdue (R-GA) and Kelly Loeffler (R-GA), Scott added: “Their opponents are just puppets for Nancy Pelosi and Chuck Schumer,” to a chorus of “boos.”

“You saw what Chuck Schumer said, right? ‘First we’re going to take Georgia, and then we’re going to change the country.’ Not in Georgia!” Scott said, to the cheers from the attendees. After reminding the audience of Pelosi’s and Schumer’s intent to pack the Supreme Court, curtail or eradicate rights explicitly guaranteed by the First Amendment, and restrict health care options; Scott posed the question: “So how do we win these elections?” 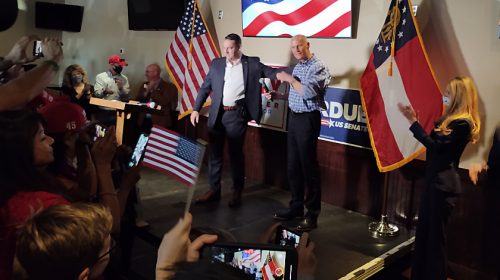 With that, he introduced Senator Loeffler, saying: “She cares about you, she has common sense, and she will continue to be a great U.S. Senator.”

Senator Loeffler then took the stage.

“We are all in this together to get this done. Make no mistake, we are the firewall. Not just for the U.S. Senate, but the future of our country. We need you. We need you to stay involved. You are part of history. You are going to change the future of this country by voting for republicans in this race.” She mentioned that along with Senator Perdue, they would work “to make sure Georgians have what they need, that America has the freedom that we deserve, and our God given rights under the constitution…We will be your voice in Washington if you’re our voice on January 5,” she said.

Her message was clear: “Get involved and vote early.” The audience’s enthusiastic response was no less clear, continuing until Senator David Perdue delivered the concluding address.

“I’m here to do two things,” Perdue announced as he picked up the microphone. “First, I want to thank you for getting us in this position. We’ll prove to the rest of the country that Georgia’s not turned blue.” To continuous applause, he reiterated the importance of voter participation, the rally’s unifying theme: “We have to make sure every Republican votes. Every Georgian needs to know this is our moment of truth. We have to get our vote out.”

Maggie Bean is a reporter at The Georgia Star and The Star News Network.