An attorney for the Las Vegas-based BetMGM sportsbook company has claimed trademark infringement against its Tennessee-based competitor Action 24/7 because of two advertisements that Memphis wrestler Jerry Lawler tweeted this week.

The Jerry Lawler ad prompted Las Vegas-based attorney Lindsey A. Williams to send a cease and desist letter to Action 24/7 on behalf of BetMGM

Lawler, in the first and the second ad, posted photos of himself wearing a king’s crown. In both ads, a caption said “The Real King of Sportsbooks.” The Action 24/7 logo appeared in both ads. 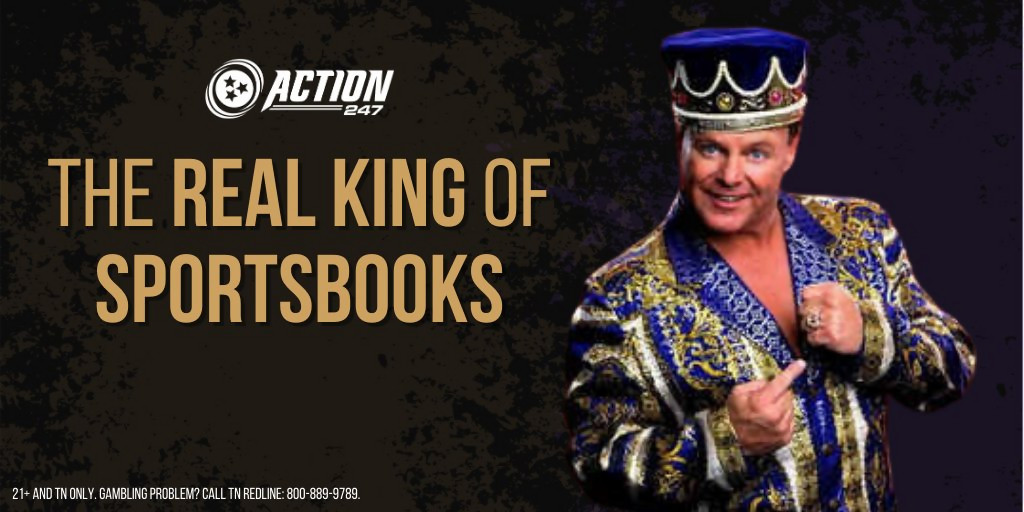 But, in her letter, Williams told Action 24/7 that BetMGM “owns extensive rights in the trademark THE KING OF SPORTSBOOKS (the ‘BetMGM Mark’) in connection with sports betting services and mobile gaming applications.”

“Such promotional activities amount to trademark infringement, trademark dilution and/or unfair competition under the Lanham Act and applicable state law. Absent authorization, any use of the BetMGM Mark or a confusingly similar variation that misleads the public by creating a false association and/or suggests an affiliation or endorsement between BetMGM and Action 24/7 violates BetMGM’s federal and state trademark rights.”

Williams did not return The Tennessee Star’s requests for comment Friday.

Action 24/7 spokeswoman Tina Hodges said Friday that BetMGM officials don’t have a case and that Lawler has gone by the nickname “The King” for nearly 50 years.

“I guess they (BetMGM) don’t know much about Tennessee or anything about Jerry Lawler,” Hodges said.

“People in Tennessee love Jerry ‘The King’ Lawler, and he just wanted to let them know that there is only one king in Tennessee. That’s him.”

Lawler’s website describes him as “Jerry ‘The King’ Lawler.”

Hodges said this is “a classic case of a big international casino and hotel chain with a high-priced attorney sending a threatening letter to a hometown startup that they think will just be afraid.”

“I think it’s funny that such a big international casino would be so up in arms about Jerry ‘The King’ Lawler responding to their tweet,” Hodges said.
As The Star reported this month, Action 24/7 is headquartered in modest startup offices in Nashville.

As The Star reported in September, members of the Tennessee General Assembly enacted sports betting into law more than a year ago. The licensing authority is under the Tennessee Education Lottery.

One Thought to “David Vs. Goliath: BetMGM Picks a Fight with Tennessee Owned and Operated Action 24/7 Over Jerry ‘The King’ Lawler Ad”