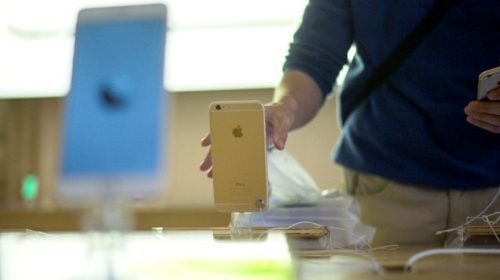 The attorneys general, citing a multistate investigation, allege that Apple discovered that battery issues were leading to unexpected shutdowns in iPhones, Slattery said. Rather than disclosing these issues or replacing batteries, Apple allegedly concealed the issues from consumers. Apple’s concealment ultimately led to a software update in December 2016 that reduced iPhone performance to keep the phones from unexpectedly shutting down.

The complaint and consent judgement are available here.

Arizona Attorney General Mark Brnovich wrote in his lawsuit complaint, available here, that Apple continued to benefit for about a year after consumers learned about the secret throttling.

During that time, consumers with iPhones experienced reduced performance, and Apple told many of those consumers that their batteries did not need to be replaced. As a result, many consumers decided that the only way to get improved performance was to purchase a newer-model iPhone from Apple.

Apple, of course, fully understood such effects on sales. When informed of UPO and throttling issues, and when given the choice, consumers were far more likely to replace their batteries (thus avoiding an unnecessary upgrade to another iPhone) than they had been prior to Apple’s UPO and throttling disclosures.

Users of the affected iPhones reported slower performance after the software was upgraded, NPR reported on Dec. 21, 2017. The issue came to light in a post on Reddit. It was quantified in a blog post at Geekbench, a processor bench-marking company; older phones worked more quickly if they used older versions of iOS.

Now that the throttling lawsuit has been settled, Apple will pay Tennessee $2,113,063.81, Slattery said. Also, Apple must provide truthful information to consumers about iPhone battery health, performance, and power management. Apple must provide this information in various forms on its website, in update installation notes and in the iPhone user interface. Apple recently also entered into a proposed settlement of class action litigation related to the same conduct, and under that proposed settlement Apple will pay out up to $500 million in consumer restitution.

Consumers who want to check into qualifying for a portion of the settlement may check at this website, Slattery said. Users can opt into the agreement, object to the settlement or even opt out and pursue other legal action.

Users of the affected iPhones could receive from $25 and up to $500, Forbes said. The lower amount of $25 is the most likely amount, the publication said.

Jason M. Reynolds has more than 20 years’ experience as a journalist at outlets of all sizes.
Photo “Apple, Inc” by Andrew Hitchcock CC1.0.