Now that the 2020 elections are over and the field for Virginia’s 2021 gubernatorial election has taken shape, it is the prime time for candidates to receive endorsements from former and current politicians, community leaders and other elected officials.

For some of the Democratic candidates, endorsements seem to be occurring every other day.

The most recent endorsement comes from House of Delegates Speaker Eileen Filler-Corn (D-Fairfax County), who announced her support for former governor Terry McAuliffe on Monday.

“With his bold vision, Terry McAuliffe is the right leader to serve as our Commonwealth’s next Governor,” Filler-Corn wrote on Twitter. “I am proud to support his campaign and look forward to working with him to deliver results for Virginia families.”

With his bold vision, @TerryMcAuliffe is the right leader to serve as our Commonwealth's next Governor. I am proud to support his campaign and look forward to working with him to deliver results for Virginia families. pic.twitter.com/fpT2yZs1pk

Delegates Delores McQuinn (D-Richmond City) and Roslyn Tyler (D-Sussex) have also announced their support for McAuliffe. Richmond Mayor Levar Stoney did the same and will even co-chair McAuliffe’s campaign alongside Herring and Lucas. 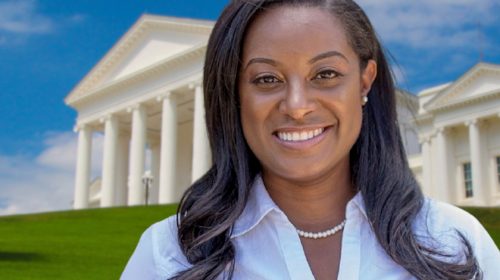 Carroll Foy, who resigned from the House last week to focus her attention on the governor’s race, has also received a fair share of endorsements from former colleagues and local elected officials, such as Delegates Dawn Adams (D-Chesterfield), Joshua Cole (D-Stafford), Danica Roem (D-Manassas) and Kelly Convirs-Fowler (D-Virginia Beach).

Unlike his competition, Fairfax has not gotten any official endorsements from lawmakers.

“The collective judgement of the people of Virginia is the only endorsement that matters regarding who will lead the Commonwealth into the future,” a spokesperson for Fairfax told The Virginia Star.

However, the lieutenant governor did receive an endorsement from Nicholas Fairfax, 14th Lord Fairfax of Cameron and a member of the House of Lords of the United Kingdom, because the two families share an interesting story that dates back hundreds of years.

As the weeks go by and the Democratic primary inches closer, more state legislators and elected officials from around the Commonwealth will continue to pick candidates to support.