“After months of Democrats playing politics with Americans’ health and livelihoods by blocking additional relief for our families and small businesses, we finally have a path forward. During a crisis, we need proven leaders who can get things done,” the two senators said. 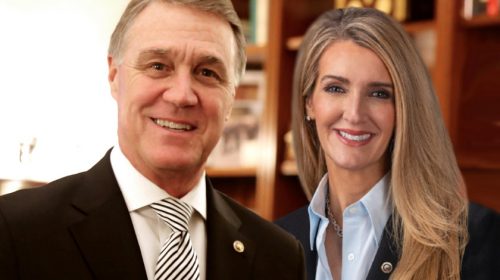 “Together, we are delivering nearly $1 trillion in additional aid to the American people on top of the $3 trillion already disbursed. Over $47 billion has already gone directly to Georgia’s families, farmers, front-line workers, schools, hospitals, and more is on the way.”

Perdue and Loeffler said they, among several other things, secured additional funding for the Paycheck Protection Program, provided two rounds of relief checks and made sure schools and hospitals have the resources they need to respond.

“Sadly, but not surprisingly, Chuck Schumer and Nancy Pelosi made this much harder than it ever needed to be, purposely holding up relief that could have been delivered months ago. Republicans have been voting to pass this relief since September — but for Democrats, it’s all politics all of the time and they voted it down until after the November election,” Perdue and Loeffler said.

“Radical liberals Jon Ossoff and Raphael Warnock wouldn’t challenge this heartless dysfunction — they’d enable it. Both Ossoff and Warnock criticized relief and did not want to ‘get bogged down in the details,’ but that’s what it takes to reach consensus and get real results. Instead, Ossoff and Warnock would be nothing but rubber stamps for Schumer’s radical agenda in the U.S. Senate.”

As reported, Perdue and Loeffler are on the January 5, 2021 ballot for the U.S. Senate against Democrats Jon Ossoff and Raphael Warnock, respectively. The outcome of these two elections will determine whether Republicans or Democrats control the majority of the U.S. Senate.