The U.S. House of Representatives leadership gave legislators just hours to consider a 5,593-page omnibus spending bill incorporating over $900 billion of coronavirus relief and $1.4 in government funding for fiscal year 2021. The bill was made available on Monday, with voting beginning on Monday evening, where it passed just after nine p.m.

“After several delays and last-minute haggling, we finally began receiving text of the COVID relief bill at 11:30 am this morning. This bill is likely to be thousands of pages, so I’m canceling my afternoon appointments & digging into the bill. As Reagan said, “Trust, but verify,” Congressman Ben Cline (R-VA06) (pictured above) tweeted.

After several delays and last-minute haggling, we finally began receiving text of the COVID relief bill at 11:30am this morning. This bill is likely to be thousands of pages, so I’m canceling my afternoon appointments & digging into the bill. As Reagan said, “Trust, but verify.” pic.twitter.com/8fGMPU0htJ

Cline and Congressman Morgan Griffith (R-VA-09) criticized in advance the last-minute dump of an omnibus bill bundling both packages. 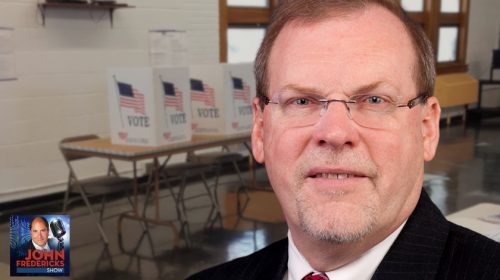 “I fear they’re going to give it to us, it will be thousands of pages long, probably a couple thousand, maybe only 1,800, maybe 2,800. But they’ll give us a bill that’s massive, and only give us 12 hours to vote on it,” Griffith said on Friday on The John Fredericks Radio Show.

The bill turned out to be larger, and Griffith had even less time to consider the full draft than he expected. Just before two p.m., he tweeted, “While waiting on the omnibus spending bill over the weekend, I asked if even just part of the text was available to read and was told no. I’ve gotten a bootleg back alley copy of the bill today to start reading.” He added shortly after, “Have the official version of the omnibus bill now. My bootleg copy was just over 3,000 pages. The official bill is 5,600.”

Griffith told Fredericks that there are two political games at play. The first was to keep President Trump from having COVID-19 relief as a positive campaign note before the November election. Griffith said that now that the election is over, House Speaker Nancy Pelosi (D-CA-12) is allowing relief to go forward.

“Pelosi had the power to block it, and she blocked it,” he said.

Griffith also said that presenting the bill at the last minute allows material to be inserted without giving legislators time to review it.

Last week, Cline told The Virginia Star, “I am concerned that Speaker Pelosi has once again decided to rush through a mammoth spending package with little time to review it. I remain hopeful that a bipartisan agreement will make its way to the House Floor for approval and resources can begin to flow quickly to those hit hardest by the COVID-19 pandemic.”