The debate over whether or not businesses should be required to provide eligible employees with paid sick leave will again be taken up by the Virginia General Assembly when it convenes for its regular session on January 13th.

After multiple bills calling for paid sick leave were killed by a Senate committee during this past summer’s special session, those same lawmakers are once again intending to offer legislation on the issue. 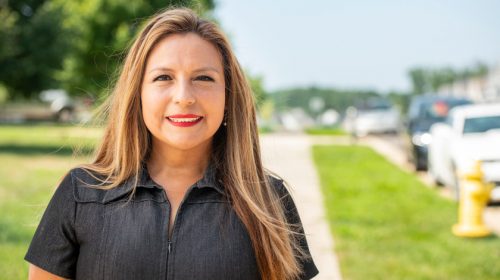 The legislation would allow for those essential workers to use paid sick leave to take care of themselves or family members, and employers will be able to decide if they want to carry over the leave from year to the next, according to Guzman (pictured left).

Guzman, who is running for lieutenant governor in 2021, said her desire to help workers stems from her own experience as a single mother working three jobs without paid sick leave and having to make the difficult choice of leaving her sick child at home in order to make enough money to afford rent and groceries.

In the Senate, Sen. Barbara Favola (D-Arlington) is planning to introduce two pieces of legislation regarding paid sick leave.

One bill directs the Virginia State Corporation Commission, which has regulatory authority over insurance, to look at options for creating a marketplace for private insurance to cover paid sick leave. The second bill says companies that already provide paid sick leave to employees have to offer it for paid family leave as well.

“We just can’t have employees going to work when they are sick and we can’t allow children congregating back in school or on the playground when they are not feeling well, so we have to acknowledge that paid sick leave has got to be part of how we treat each other in a civilized society,” Favola told The Star.

Favola also said that she expects her bills will be able to pass the House and Senate.

According to Virginians for Paid Sick Days, a coalition of organizations like the Legal Aid Justice Center who are advocating to establish a standard for paid sick days, there are 1.2 million workers in Virginia that do not get that leave, which includes a majority of workers deemed essential.

Yet some business groups, such as the National Federation of Independent Business (NFIB), oppose the idea.

“Anytime that the government sets out a mandate and sets out very specific parameters for that mandate, it reduces a business’s flexibility to address that particular policy with their employees, [one] that works best for their business, how it’s operated and their [workers],” Nicole Riley, Virginia state director for the NFIB, told The Star in an interview.

Riley also said that the specific financial burden of providing paid leave all depends on the size of the business and the duration of leave, and that many small businesses don’t have the necessary volume of employees to fill a position or find someone that can cover.

Additionally, having to keep track of paid leave can also create an administrative burden for many small business owners, according to Riley.

When the previous paid sick leave bills from Guzman and Favola were killed, most committee members argued that requiring employers to give paid sick leave was not currently feasible due to the fiscal burden it would create combined with the economic downturn from the coronavirus pandemic.

It seems that sentiment remains for some legislators.

When asked about paid sick leave, Senate Majority Leader and chair of the Commerce and Labor Committee Richard Saslaw (D-Fairfax County) simply said: “Right now is not the right time to be [hurting] these small businesses.”

Given that Guzman and Favola’s bills are different than before, it will be interesting to see if they can pass the Senate this time around.