President Donald Trump interrogated Secretary of State Brad Raffensperger in an hour-long – sometimes fiery – phone call, alleging irregularities and frauds had occurred under Raffensperger’s watch. In response, the embattled secretary of state remained defensive and denied every accusation. Throughout the entirety of the call, Trump wasn’t deterred.

The private call between Trump and Raffensperger was leaked by The Washington Post on Sunday afternoon. The call reportedly took place almost exactly a day prior to the time that the audio was leaked.

Others on the call included White House Chief of Staff Mark Meadows, Trump’s attorneys Cleta Mitchell and Kurt Hilbert, Georgia’s Secretary of State General Counsel Ryan Germany, Georgia’s Deputy Secretary of State Jordan Fuchs, and several other staffers. Trump’s purpose for the call was to arrange for Georgia to conduct further inspections into the general election proceedings. He pressed Raffensperger to answer for specific evidence his team had accrued since election night. 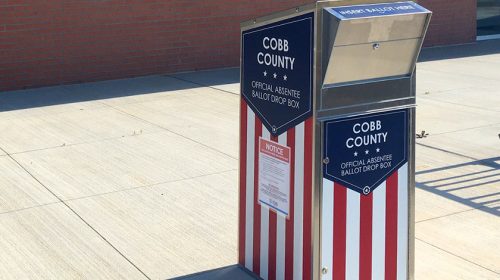 “[Y]ou had drop boxes, which is very bad. You had drop boxes that were picked up. We have photographs, and we have affidavits from many people,” alleged Trump. “I don’t know if you saw the hearings, but you have dropboxes where the box was picked up but not delivered for three days. So all sorts of things could have happened to that box, including, you know, putting in the votes you wanted.”

Trump also questioned the efficacy of the secretary of state’s signature matching audit. The Star reported previously that State Senator Greg Dolezal (R-Cumming) submitted a signature on his absentee ballot application that was entirely different from the one on his photo ID and received an absentee ballot. Since then, Dolezal has shared others who encountered similar issues with the state’s signature match system.

Although the President didn’t delve into the topic of Dominion Voting Systems (Dominion) machines, he did discuss the allegations of ballot shredding. Trump stated that they received reports of ballot shredding, one of which reportedly came to their team on Saturday. 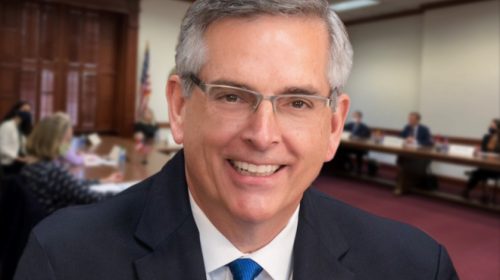 The Star reported that one of the counties accused of shredding ballots, Cobb County, has denied doing so. They stated that they shredded unrelated papers, such as incorrect mailing labels or white privacy envelopes. The allegations of ballot shredding went viral after videos depicted trash cans and boxes full of documents and materials being picked up by a shredding and recycling company at the election office.

Trump ended the call with a warning: that Raffensperger’s office needed to meet with Trump’s attorneys to reach a resolution on their differences before the Senate runoff elections on Tuesday. The President kept indicating that “the truth” needed to come out, and encouraged Raffensperger to come clean.

Sunday morning, long before the call was leaked, Trump tweeted about the exchange.

“I spoke to Secretary of State Brad Raffensperger yesterday about Fulton County and voter fraud in Georgia,” wrote Trump. “He was unwilling, or unable, to answer questions such as the ‘ballots under table’ scam, ballot destruction, out of state ‘voters,’ dead voters, and more. He has no clue!”

Several hours later, Raffensperger retweeted the President’s allegations with a comment of his own.

“Respectfully, President Trump: What you’re saying is not true. The truth will come out,” wrote Raffensperger.

Respectfully, President Trump: What you're saying is not true. The truth will come out https://t.co/ViYjTSeRcC

Hours later, The Post published the audio and its transcript. Republican Party of Georgia Chairman David Shafer accused Raffensperger of recording and leaking the call.

“Mind[-]boggling that @GaSecofState and his lawyers would secretly record and release a confidential settlement conference with the President,” wrote Shafer. “I have made open records requests to the Secretary of State which have never been acknowledged or answered. This is lawlessness.”

Mind boggling that @GaSecofState and his lawyers would secretly record and release a confidential settlement conference with the President. I have made open records requests to the Secretary of State which have never been acknowledged or answered. This is lawlessness.

Shafer also claimed that The Post received a clipped version of the call. According to Shafer, the call was intended to discuss a lawsuit jointly filed by Shafer and the President – not overturning the election results.

“President @realDonaldTrump has filed two lawsuits – federal and state – against @GaSecofState. The telephone conference call @GaSecofState secretly recorded was a ‘confidential settlement discussion of that litigation, which is still pending,” wrote Shafer. “The audio published by @TheWashingtonPost is heavily edited and omits the stipulation that all discussions were for the purpose of settling litigation and confidential under federal and state law.”

At one point in the leaked call, Raffensperger mentioned former Data Chief and Strategist for Trump for President and election integrity researcher, Matt Braynard. Raffensperger purported to cite Braynard’s research and dismissed it as faulty.

“I guess there was a person named Mr. Braynard who came to these meetings and presented data, and he said that there was dead people, I believe it was upward of 5,000,” stated Raffensperger. “The actual number were two. Two. Two people that were dead that voted. So that’s wrong.”

Braynard responded on Twitter that he’d never made the claims that Raffensperger described.

“Hey dumba** @GaSecofState[:] I never made any such allegation. Get your facts and do your job,” wrote Braynard. “I handed you via FedEx thousands of illegitimate voters. I have never made any accusation [-] anything [-] like this ever. In fact, very early on I specifically said we did not find this. This clown needs to resign.”

I never made any such allegation. Get your facts straight and do your job.

I handed you via FedEx thousands of illegitimate voters. pic.twitter.com/FHGEiL154Q

In previous coverage by The Star, Braynard’s research showed that around 5,000 individuals issued subsequent voter registration in another state – not 5,000 dead voters. In a video detailing his team’s findings and conclusions, Braynard explained that they’d found some evidence, but no correlation of people voting en masse using dead individuals’ identities.

The Star has reported consistently on Braynard’s research through the Voter Integrity Project (VIP), which investigated potential voter fraud. Among VIP investigations in other states such as Wisconsin and Arizona, Braynard discovered in Georgia that many individuals voted absentee using a postal facility address or a commercial address instead of a residential address – which violates state election law. VIP also discovered voters that had filed a change of address in another state or issued a subsequent voter registration in another state. Research respondents also reported returning their absentee ballots, though the state didn’t have them on record.

In an interview with The Star, Braynard shared that he has yet to hear from Raffensperger since sharing his work, or since the leaked conversation.

“I have not received an apology from him for slandering me and he has never spoken to me,” stated Braynard. “FedEx confirmed delivery to his office. That’s all I got. However, I did make the letter I sent that accompanied the FedEx public when I sent the package.”

Braynard also told The Star that he plans on relaunching Look Ahead America, a voting registration and informational nonprofit, to address long-term solutions to issues with voting integrity.

“Many on the left advocated for the changes, at least until November 3rd,” explained Braynard. “These reforms include requiring all voting equipment to utilize open sourced software and design, for absentee and eventually all ballots to be authenticated through fingerprints, and for an aggressive and public hygiene on the state voter list to eliminate ‘deadwood.'”

Braynard reported that his findings have been submitted to the U.S. Congress and Senate for consideration.

Trump hasn’t remarked on the leaked audio published by The Post. Raffensperger and Voting Systems Manager Gabriel Sterling hosted a press conference on Monday to address some of the allegations discussed on the call.

Corinne Murdock is a reporter at The Georgia Star News and the Star News Network. Follow her latest on Twitter, or email tips to [email protected].

One Thought to “Secretary of State Raffensperger on the Defense as Trump Presses on Difficult Questions About Drop Boxes, Signature Matching in Leaked Call”