The outcome of the race will determine which party holds the majority in the U.S. Senate. 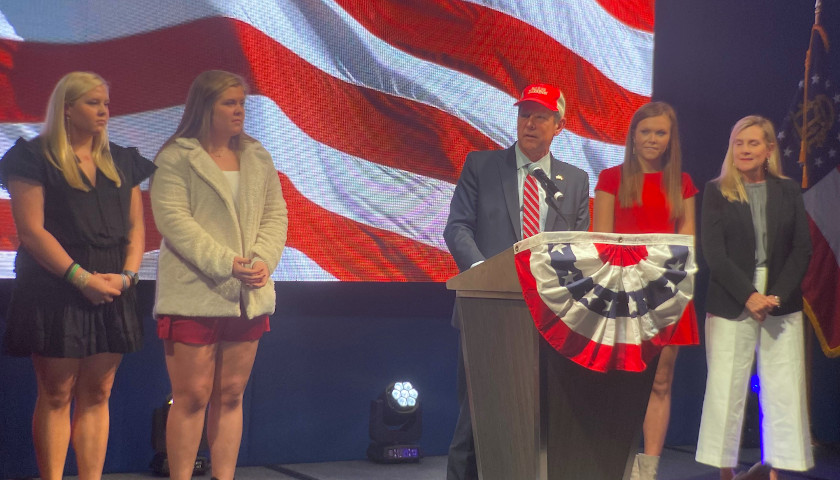 At a victory party rally at Atlanta’s Grand Hyatt hotel Tuesday night, Loeffler and Perdue had yet to address the crowd.

Georgia GOP Chair David Shafer, though, told members of the audience that the effort to keep Perdue and Loeffler in the U.S. Senate was “perhaps the biggest organization that the Georgia GOP has ever seen.” This included more than 1,000 people on the payrolls. Volunteers knocked on 120,000 doors a day for the last several weeks, Shafer said. He also said volunteers contacted millions of voters, made countless telephone calls and sent out millions of pieces of mail.

“This is normally the time on election day when you say that you have left it all on the field, and you wait for the ballots to be counted,” Shafer said.

“But I will tell you this. Other than the good Lord above, we are trusting no one.”

Shafer said GOP officials “will have eyes on every part of this process.”

“We will do everything in our power to restore the confidence of the people and the integrity of our elections.”

“We are the red wall that is trying to stop socialism in this great country,” Kemp said.

“We can’t thank you enough for the hours of sweat, your financial resources, your time that you have given.”