NASHVILLE, Tennessee – When I saw that Cody Wolfe had over 400,000 Twitter followers and over 60,000 Instagram followers, I wanted to see what was going on with this popular young artist.

Cody Wolfe is a self-made man. The Connecticut native began playing guitar when he was 6 and started writing songs at age 16. He went to a John Fogerty concert and asked his guitar player, James Intveld, what he need to do to make it in the music industry. Intveld said, “You’ve got to write music first. You have a better chance of being an artist if you are a songwriter first.”

He took Intveld’s advice to heart, and before Wolfe turned 18, he had written over 100 songs.

Wolfe has pitched his songs to many artists, but in the end, he decided to record his songs. Since few people buy CD’s anymore, most people stream and/or download music. Streams on Spotify and YouTube have become the barometer for a song’s popularity.

To date, Wolfe’s most popular song has been “Don’t Blame Your Drunk on Me.” But as popular as it may have been, his songs “Next to Me” and “Clockwork” prove he truly does have the talent required to become an accomplished songwriter.

Like so many, 2020 was a difficult year for Wolfe. In addition to not be able to tour, he was dropped from his distribution label, UMG’s Empire which is mostly known for its hip-hop/rap artists. This prompted him to create his own label, Wolfe Den Records, and begin to release new music.

His newest breakup song “Better Without You” will sound much different as well as looking much different than mainstream country music. Instead of a tacky feel like some artists are doing “Better Without You” is aimed towards a sleek modern rock star feel. Co-producing the song himself with SONY Producer Sean Giovanni, Wolfe said the song isn’t classic country, or modern pop-country but instead falls into its own class.

Wolfe wrote the song as a jab back at his ex-girlfriend that left him for someone else. Invoking that true payback kind of feel. Wolfe had a large hand in making the song sound the way it does writing the whole thing himself as well as calling the shots in the studio. “I wanted a Dobro, and lots of little percussive elements, the guitar riff was something I was doing for years playing the song and my producer worked it in as well as for the first time featuring my actual guitar on a studio track, which we usually never do, it was Sean’s idea to add the banjo. I haven’t heard a banjo featured in a country song in years so it was kind of cool we layered that in there, I also wanted a mandolin in certain parts.” 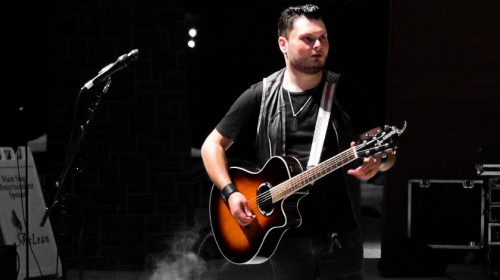 On February 7th, “Better Without You” will be up for Pre-Order on iTunes, Amazon, and in rotation on TouchTunes and AMI Jukeboxes as well as TikTok. He has organized a full drop on all platforms shortly thereafter.

He plans to release more music in the future including rap a song that he hopes can compete with artists like Megan Thee Stallion and Nicki Minaj.

Wolfe states, “In some ways, the pandemic is more of an opportunity because fewer artists are releasing music right now, so it is the perfect time for me to have a number one.”

Some have said that Wolfe’s followers are manufactured and not “real.” I am not sure if that is true or not. What I care about is can he write/sing/perform music? From what I have heard, the independent artist, Cody Wolfe, certainly can.

He states on Twitter, “All I wanted to do from the time I was 6 years old was to become an entertainer. Here I am 21 years later, I never gave up on my dream.”

Time will tell if his followers/fans can make his dreams come true.