During the COVID-19 pandemic, states are turning to new revenue sources in an attempt to avoid raising taxes while filling a projected gaping budget deficit.

But top lawmakers say two revenue sources that have been popular in other states are unlikely to be signed into law this year; namely, the legalization of recreational marijuana and online sports betting.

Roughly 15 states have legalized recreational marijuana, an idea that has DFL support.

Colorado, which has a similar population as Minnesota, legalized marijuana in 2014. By 2019, they broke the $1 billion mark in state tax revenue.

“Minnesota’s current cannabis laws are doing more harm than good,” Hortman told The Center Square in a statement. “By creating a regulatory framework we can address the harms caused by cannabis and establish a more sensible set of laws to improve our health care & criminal justice systems and ensure better outcomes for communities,” she said.

“Unfortunately, Senate Republicans remain the biggest obstacle to progress on this issue.”

“I don’t believe fully legalized marijuana is right for the state. Other states that have legalized marijuana are having issues with public safety, and we are concerned that we haven’t fully seen how this works with employment issues, education outcomes, and mental health,” Gazelka said in a statement.”

“I would be open to expanding medical use or hearing criminal justice reforms, but the ideas need to be fully vetted in a public committee process. There is a wide range of opinions I want to hear from before we move forward with changing the laws on marijuana.” 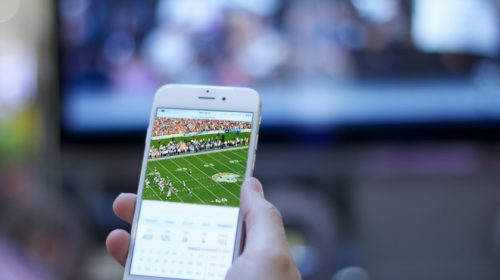 About 20 states are raking in tax revenue after legalizing sports betting — Michigan launched their program Friday, and Iowa’s program has $4.1 million of new tax revenue.

“‘Thankfully we have Minnesota politicians who allow us to buy lottery tickets to fund government but make it a crime to bet on a game…’ – said absolutely nobody,” Garofalo tweeted on Jan. 14 about New Jersey breaking a national sports betting record of $996 million in December 2020.

But both lawmakers are in the minority in their respective chambers, which have leaders opposing the action.

“I am opposed to dedicating the time and resources of the legislature to this issue at this time. I believe all four legislative leaders have stated their opposition to this legislation,” Hortman said. “With a pandemic still raging and urgent needs in education, health care, economic security and so much more, this won’t be a priority this year.”

Gazelka said there are other ways to fill the budget deficit, like reigning in state spending.

“I’ve been clear that we are not going to raise taxes on Minnesotans, and the best option is for government to tighten its own belt. I asked the governor to consider across-the-board cuts this summer, and they gave raises to state employees instead, so he missed an opportunity to prevent spending cuts early on.”

Scott McClallen is a staff writer covering Michigan and Minnesota for The Center Square.