The 2021 Atlantic 10 Conference men’s basketball tournament is coming to the city of Richmond this year.

Normally viewed as crosstown rivals, the University of Richmond and Virginia Commonwealth University (VCU) will serve as co-hosts for the annual championship tournament in order to accommodate for safety precautions in light of the COVID-19 pandemic, the conference announced in a news release on Thursday.

“We all felt that this unique format makes the most sense to allow us to play the championship in the safest manner possible with the best interest of our student-athletes and coaches in mind,” Thorr Bjorn, Rhode Island athletic director and chair of the Atlantic 10 athletic directors, said in the release. “We are very appreciative of VCU, the University of Richmond and our television partners all working together, allowing us to make this possible.” 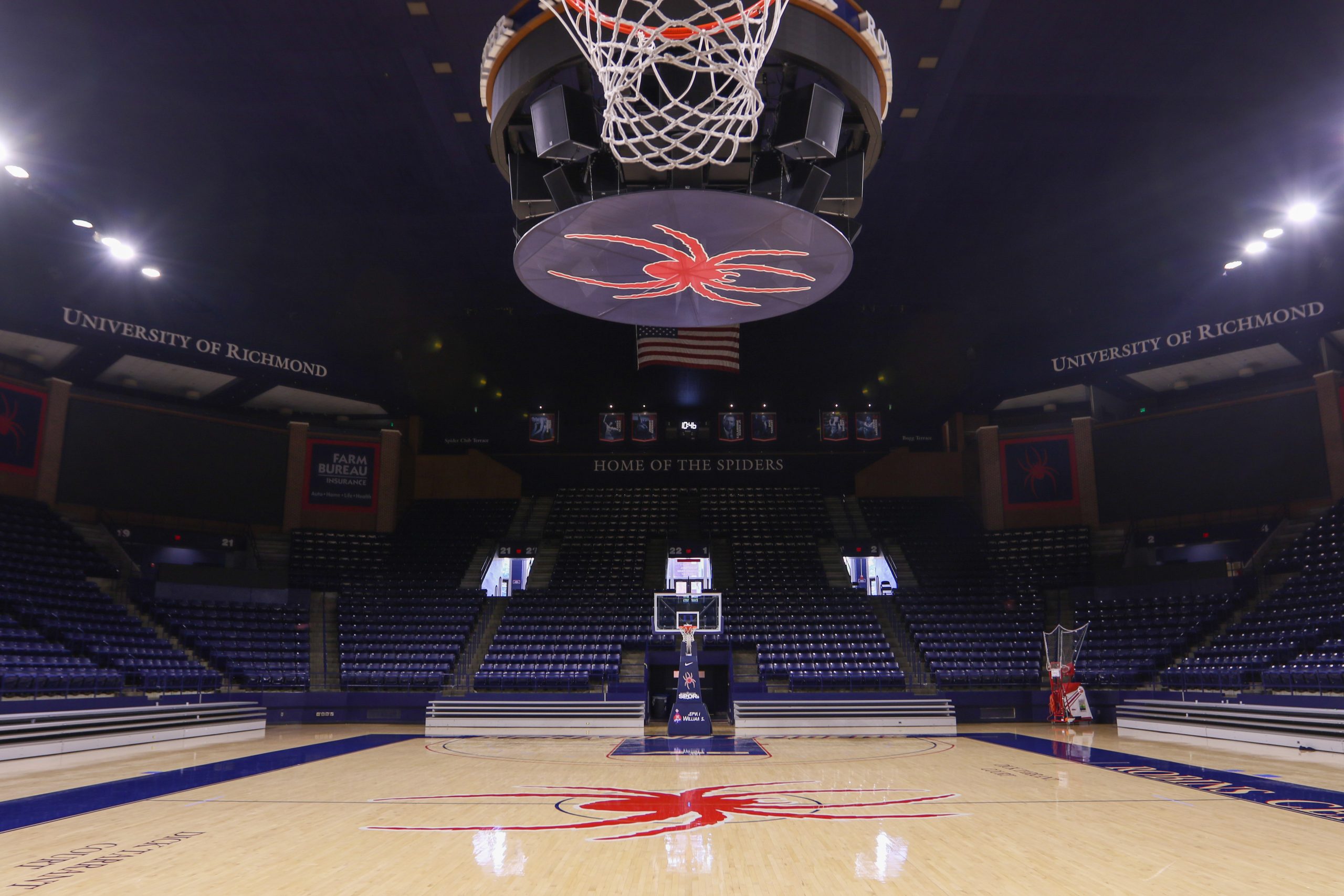 The tournament will take place from March 10-14 with competitions being played at Richmond’s Robins Center and VCU’s Siegel Center, roughly six miles apart.

Richmond will host the first round on the 10th, kicking off the tournament. Then, the two campuses will split the four games played during both the second round and quarterfinals on March 11 and 12, with games one and three at Richmond and two and four at VCU on each day. The semifinals and championship final will take place at Richmond on the final two days of the event, according to the release.

The two-arena format for the eight total games taking place during the second round and quarterfinals will allow the host institutions to safely transition between contests while following COVID-19 safety protocols such as sanitizing shared spaces like the bench, and ultimately benefit all participating schools, the release said.

“The two days of the second round games and quarterfinals are long days, four games back-to-back, and switching over the arenas and the seating area where the team is – the benches, locker rooms and all of that under the COVID protocols – requires additional time,” Atlantic 10 commissioner Bernadette McGlade said during a video conference with reporters.

The decision to choose Richmond and VCU as co-hosts comes a couple weeks after the conference announced that the tournament would not take place at the Barclays Center in Brooklyn due to the current pandemic environment of New York and be relocated to a campus of a member school.

Under the COVID-19 restrictions put in place by Governor Ralph Northam back in December, spectator attendance for sports venues is limited to 250 people. According to NBC 12, VCU has been allowing those 250 persons into games, while Richmond has only permitted guests of the student-athletes and coaches to attend.

John Hardt, Richmond vice president and director of athletics, said the school plans to follow coronavirus guidelines from the Virginia Department of Health and any mandates passed down by the governor when it comes to attendance, but is open to revisiting the topic if the situation improves come March.

This year’s championship tournament will be the first time since 2004 that the full event has been held at a school campus, according to the release.