Two new online dashboards have recently been launched to help provide awareness and track the spread of the coronavirus at Virginia’s colleges and universities, as many institutions in the Commonwealth have already begun or are starting in-person classes soon.

The dashboard provides data on confirmed COVID outbreaks as well as any related cases or deaths among Virginia’s colleges and universities, both public and private, all the way back to August 1st before most students had returned to school, according to a department release.

However, only distinct confirmed outbreaks of the virus that have been reported to VDH and investigated by local health departments are included on the dashboard, not the total number of cases at an institution. For this dashboard, a COVID outbreak occurs when two or more confirmed cases are associated with a specific setting – in this case a school, the release said. 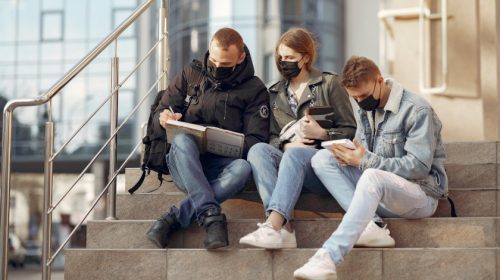 As of Friday, the VDH dashboard is showing an outbreak in progress at Virginia Commonwealth University (VCU) that was reported two weeks ago, with 14 associated cases and zero deaths.

Working in collaboration with VDH to supplement the data not included on the outbreaks page, the second, separate dashboard, is named Virginia Higher Education COVID-19 Dashboard.

The dashboard shows the cumulative positive cases and current active cases from this academic term for students and employees as well as providing the links to the individual school’s virus dashboards. COVID case data from 17 institutions are included on the website and 16 of those schools reported numbers for this week.

As of Wednesday, the dashboard reports 1,314 cumulative and 551 current cases. Virginia Tech and the University of Richmond have the two largest number of current cases with 127 and 112 respectively, according to the dashboard.

Despite these two dashboards offering a sense of cases occurring at colleges and universities, neither include any data or information on hospitalizations, which is used by many as an indicator for how severe a person is infected with the virus.

Some schools in the Commonwealth have already begun or just recently started in-person classes for the spring semester, such as Virginia Military Institute, George Mason University and others. Additionally, several schools like University of Virginia and James Madison University are scheduled to start in-person instruction on Monday or later in February.

VCU, one of the largest universities in the Commonwealth, intends to resume in-person and hybrid education in March, but has not finalized those plans. However, students involved in clinical and field placements or other work-related experiential learning activities are on campus during this time.

In terms of the state’s ongoing vaccination campaign, Virginia looks to be improving after getting off to a slow rollout, where distributed doses severely lagged behind administered shots due to various factors like data processing delays.

During a televised press briefing Wednesday, Governor Ralph Northam announced the White House had informed states of a 16 percent increase in vaccine doses that will be locked-in for the future, but the problem of limited supply with only two vaccine manufacturers authorized in the United States still remains.

The people currently receiving vaccinations are those who fall under Phase 1a and Phase 1b of Virginia’s plan, but local health districts are moving at their own pace with the two phases – so going on the individual districts’ website is the best way to get up to date information.

As of Sunday, that state has received 1,221,350 doses and has administered 805,695 shots; 688,561 Virginians have been given the first of two required doses and 117,134 are fully vaccinated; 31,563 average doses are being administered per day, according to the VDH vaccine dashboard.