The union, which represents 3,000 teachers, sought an injunction in Hamilton County Municipal Court, claiming classroom learning is unsafe until all teachers have received both rounds of the COVID vaccine.

According to the complaint obtained by The Ohio Star, CFT claims that CPS put forth a plan in mid-December that outlined a return to in-person learning for lower grades when new cases were 40 per 100,000 people and for higher grades when that level was 30 per 100,000.

However, the complaint explains, the Cincinnati Public School Board held a meeting January 16 and voted to disregard the earlier plan. Consequently, the union polled members and found that 70% felt uncomfortable returning to in-person instruction and 90% wanted to delay being in classrooms until March 1.

CFT was disappointed to receive Judge Lisa Allen decision denying CFT’s request to delay in-person instruction until an arbitrator could decide the union’s health and safety grievance. The Judge failed to recognize the union’s fundamental right to enforce the terms of its contract with CPS. The contract requires CPS to co-operate with CFT on safety issues and gives union members the right to file grievances contesting unsafe working conditions.

CFT will examine its legal remedies in light of the court’s decision today.

Cincinnati Public Schools tweeted their intention, with the preliminary decision, to press forward:

Today, the Hamilton County Court of Common Pleas denied the Cincinnati Federation of Teachers’ union motion for a preliminary injunction and dismissed the lawsuit. We look forward to welcoming our students back into the classroom beginning tomorrow, Feb 2. https://t.co/tofAf8iwnT pic.twitter.com/eIYWACYDPQ

CPS teachers and staff are included in the 91,000 school personnel DeWine selected eligible to receive the first dose of the COVID vaccine – a start date that began Monday.

Ohio Department of Health Chief Medical Officer Dr. Bruce Vanderhoff said last week during a COVID presser that people receiving the first dose of the COVID vaccine “develop a very robust immunity as a result of our first shot.”

Vanderhoff went on to say that the second shot provides long-lasting immunity, so a single shot isn’t enough.  “But I also want people to recognize that within weeks of receiving that first shot, our bodies are mounting very substantial immunity,” concluded Vanderhoff.

The U.S. Centers for Disease Control and Prevention (CDC) guidance on immunity states that it may take a week or two after the second inoculation for a person to be protected.

The Star reached out to CFT President Julie Sellers (pictured above, center) for additional comment, but she did not respond by press time.

The CPS Board released a statement  announcing the district’s back-to-school plan which commenced Monday.

According to the plan, all students will be remote on Mondays.  The remaining four days will consist of two in-person sessions and two remote learning sessions.  The phase-in approach starts on Tuesday when preschool to Grade 3 and specialized classes K-12 begin classroom learning.  The district will also offer a five-day remote learning option through a digital academy.

The teachers union cited a high level of COVID spread (as evidenced by a “purple” rating on the Ohio Public Health Advisory System ) in Hamilton County as a reason teachers should not yet return to classrooms.  However, Ohio Governor Mike DeWine (R) announced last Thursday that Hamilton County had dropped from purple to red on the Ohio Public Health Advisory System, joining 83 other Ohio counties in red – Ohio is comprised of 88 counties.

The Star reported on the advisory system and how it is designed to be an early warning instrument instead of a measure of spread and infection. 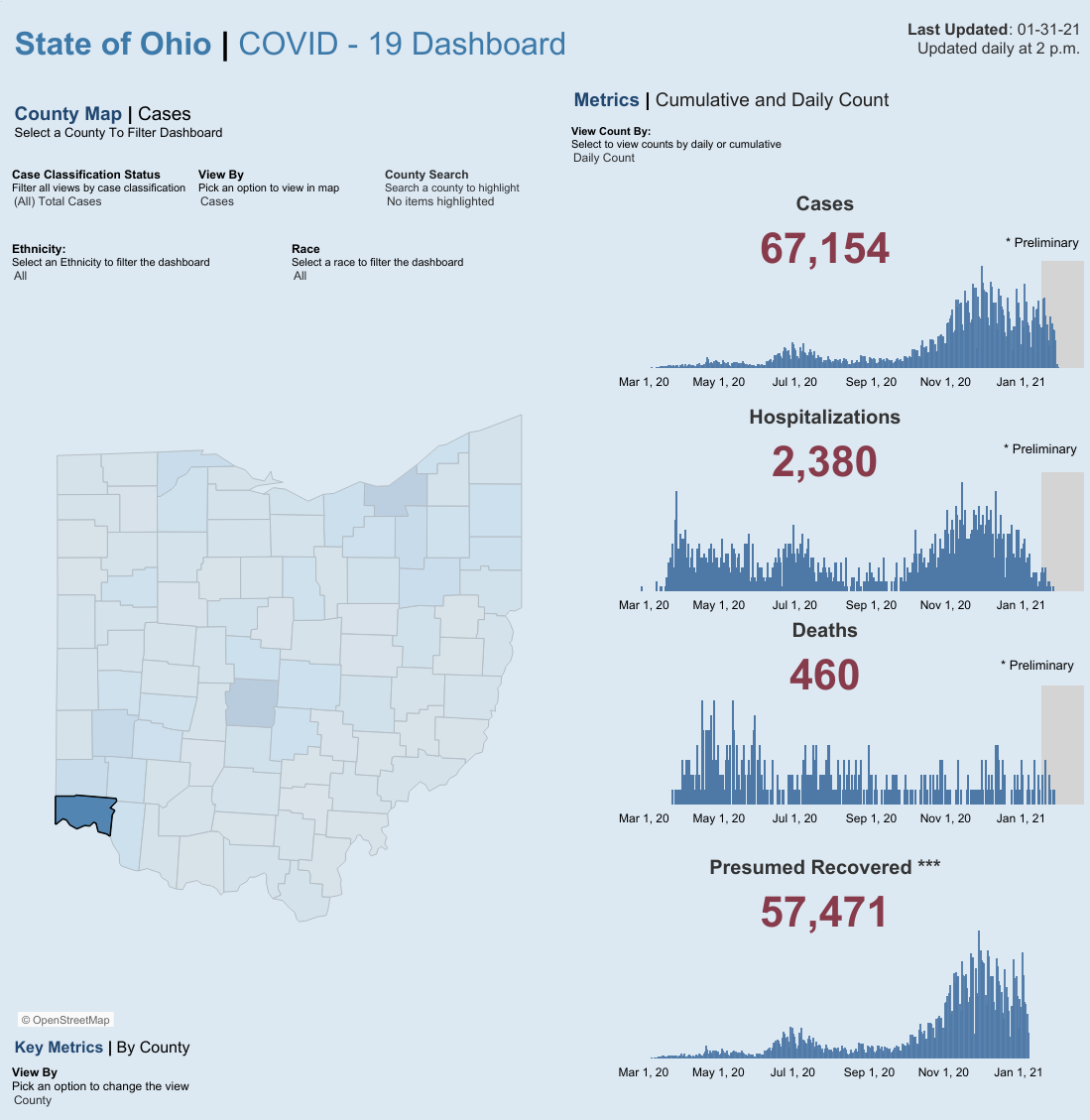 A CDC study released in December affirmed the agency’s earlier stance that schools, particularly children, were not extending the transmission of COVID because of nonpharmaceutical interventions like distancing and masking.

An Ohio study concluded similarly – the school investigation found “no discernable difference in the incidence rate among the exposed students and the students who weren’t exposed” to COVID.  That is, students who weren’t around COVID-positive people were contracting the virus at the same rate as those who were in close contact with someone infected with the virus.  The research was the basis of the State’s decision to not automatically quarantine students and teachers who had been in close contact with a COVID-infected person, so long as masking and other measures were being observed.

Meanwhile, the unintended side effects of COVID lockdown policies that have disrupted learning and uprooted extracurricular involvement were demonstrated in Mason, Ohio (a Cincinnati suburb) where a dozen students over a few weeks were hospitalized for suicide ideation.

On Monday a report out of Michigan detailed the tragic story of one high school student who took his own life due to how he was affected by Democrat Governor Gretchen Whitmer’s continued prohibition of high school sports.

The Journal of the American Medical Association (JAMA) reported that the health consequence of the educational disruption of a median of 54 days caused by COVID school closures in primary students aged 5-11 years resulted in a loss of an estimated 13.8 million years of life expectancy across the  24.2 million school children in that age range in the United States.

The study concluded “[f]uture decisions regarding school closures during the pandemic should consider the association between educational disruption and decreased expected lifespan and give greater weight to the potential outcomes of school closure on children’s health.”