NASHVILLE, Tennessee- Becca Bowen is an up-and-coming country artist whose Southern Belle exterior and tomboy personality have earned her the nickname “Country Barbie.” This personal fitness instructor is the single mother of two teenage girls.

Raised in South Carolina, as a child, she participated in pageants and talent shows – but her weekends were spent fishing and enjoying the outdoors with her grandfather. She is a true tomboy with a tiara. 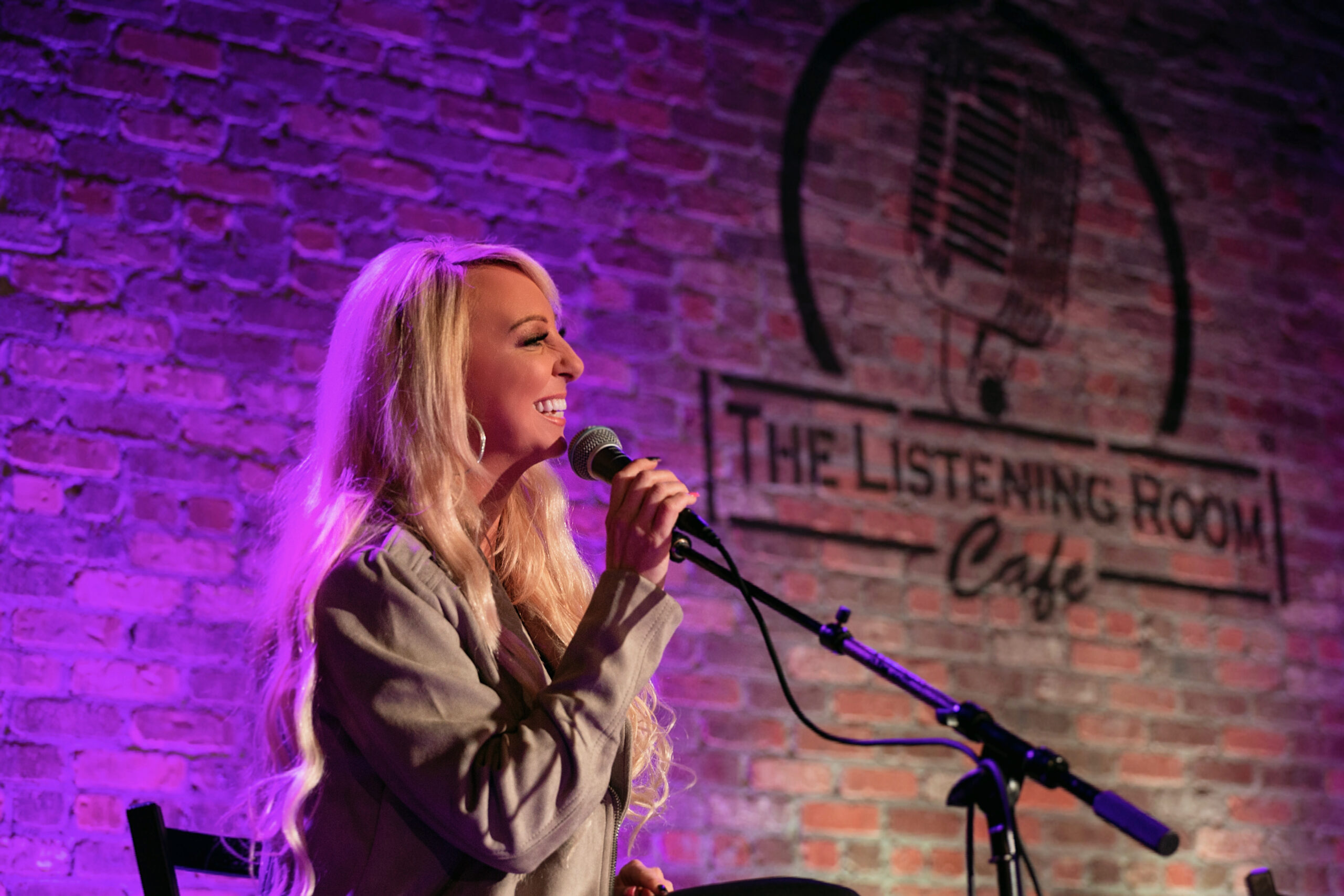 Bowen has been singing since she was five years old. Everyone on her mother’s side of the family sang and played instruments. She recalled, “They could play anything and they were all self-taught. They never had a lesson and played by ear.” One of her uncles even toured with James Brown.

While dinner was cooking, her grandfather would get out the guitar and play Hank Williams, Johnny Cash, or other popular artists from his time. “I was in awe of his talent,” she said. As a youngster, she knew she wanted to do this one day.

Bowen started singing in church which led her to sing in an actual gospel group.

“I literally started touring at five years old on a tour bus with a gospel group called The Crusaders,” the singer said. “That opened a lot of doors for me and eventually, that led me to New York and being in a show.”

The teenaged girl spent several years in New York performing in musicals. It was during this time that she learned to play guitar and began writing music. She shared, “I would write music about what I was feeling and things I was going through and it was a way to express myself.”

Her biggest break came when she opened for the renowned group, Alabama.

“That right there changed my life. I’ll never forget it. 100,000 people attended the outdoor festival. I got on that stage with all those people singing with me,” she said. “Right then I just knew that this is what I wanted to do for the rest of my life. This is my passion. With music, you really bring joy to people and lift their spirits. That is why I love singing and I love to write. You’re always going to remember your life experiences connected to a song.” 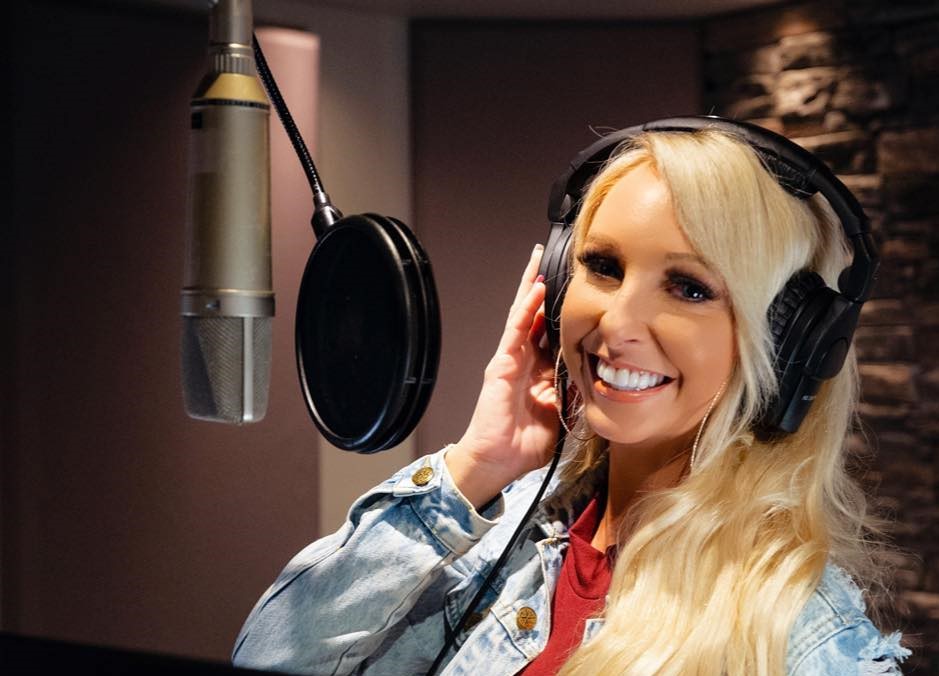 Bowen is grateful to be able to sing in Nashville. She recently sang at the Listening Room and is a regular performer at The Local.

“Nashville is an amazing city with amazing people who are so kind and so generous,” Bowen said.

The Carolina girl admits she never had experienced that other places.

”Everyone supports everyone and they know your struggle and they want to build you up. It’s such a breath of fresh air to be around people who build each other up,” she added.

Although many Nashville artists don cowboy hats and boots, I wanted to know where the moniker “Country Barbie” came from. She advised that the same grandfather who introduced her to music also introduced her to fishing. Not only that, a lot of southern mamas put their kids in pageants. As a little girl, she was a tomboy who fished, hunted, and played outside, but she also did pageants. It was hard for others to reconcile that this prissy, blonde-headed girl who wore a tiara also played in the mud. Over the years, she got the nickname “Country Barbie” and it just stuck. (The most recent pageant she competed in and won was Miss Bikini Fitness, 2019-2020.)

“I’m just a very outdoorsy type girl. It’s hard for me to sit in the house and watch TV,” she said.

Bowen has been a regular on Carolina Crazy Outdoors’ YouTube channel, and in April she will be on the Outdoor Channel’s, For Love or for Likes. The show is the world’s only all-women hunting competition that puts famous female hunters on Instagram to the real outdoor test to see if they are posting for the love of the outdoors or for the likes they get on their profiles to gain more social media fame. Bowen was discovered when a video of her “noodling” a 45-pound catfish went viral.

For Love or for Likes is a competition show and Bowen can’t say who won but she did really well. “[Being on the show] was one of the highlights of my life because there were other girls there who were just like me, prissy but also tomboyish. It was cool to be around other girls who had the same interests as me,” she said.

Even so, Bowen is primarily a singer/songwriter. With songs like “Love It, Leave It”, she tells the story of heartache and strength. She is not putting up with 2nd best, it’s all or nothing.

She recently released a powerful duet with JT Brennan, “Thanks for the Memories,” a song that reminisces about a past relationship that didn’t work out, but still is fresh enough that the memories have not yet faded.

However, one of the most uplifting songs that I have heard in a long time is her newest single, “Just Be You.” She explained, “My daughter was being bullied really bad at school and it was because she would wear her cowboy boots. She is different and just a country girl like I am. She was in the car crying one day and I told her, ‘You need to just be who you are and be happy as who you are. You don’t have to be like anyone else.”

From that experience, when the song “Just Be You” was pitched to her, she knew she had to record it. The song reminds us to find to our happiness in who God made us to be.

“I have received so many positive messages from parents and single moms whose children have gone through bullying,” the singer said. “For me to be able to include my daughters in the music video and being able to dedicate the song to them, it’s been really special to all of us to have that.”

She continued, “Being a singer, my main thing is I want to make a difference. If I can find a song that does that and speaks to people, that’s the kind of song that I’m going to choose.”

She also writes a lot of songs and loves hearing other people sing her songs.

One of her favorite co-writers is one of the banjo-players from Ken Burns’s documentary, The History of Country Music, Michael Ricks. She recently sang a song they co-wrote at Nashville’s famous Listening Room, “Gotta’ Let Go.”

The country crooner is also a personal fitness trainer which she does to keep strong for hunting and fishing and to help others.

“Personal training is another way to help other people and make a difference in their lives,” the singer said.

She stated, “We only have one life to live and we should live it to the fullest. I do the things that I do for the experiences. I don’t want to waste my time and wish that I would have done all these things.”

For now, Bowen is back in the studio recording new music. She will continue to do live shows on Instagram and singing in the smaller venues that are open like The Local and the Listening Room.

She concludes, “I love sharing my story in hopes that it might help someone else and let them know that they are beautiful, no matter what. [Everyone] should just be confident in who you are and become what God made you to be.”

We can learn a lot from this multifaceted entertainer.