Chris Pierce is one of the most accomplished artists I have interviewed. He has opened for legends, like BB King, Al Green, Seal, Aaron Neville, and Colbie Callait. He has a big imprint in the sync world with his music being featured on shows like Brothers and Sisters, In Plain Sight, Eli Stone, What About Brian, and Army Wives to name a few. Most recently, the songwriter gained national attention with “We Can Always Come Back To This”, a song he co-wrote for the #1 NBC primetime series This is Us, peaked at #1 on the Billboard Blues Chart.

Pierce’s first memory of music was his parents singing to him as a young child. His mother was a teacher, but neither were professional singers. His father had a beautiful voice and was the youngest of ten. Their family basically comprised the church choir they attended in South Florida. 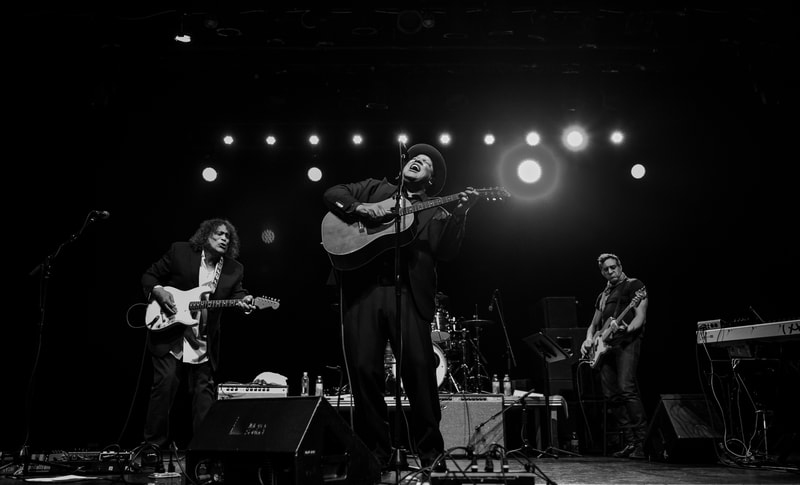 His parents immersed him in all kinds of music, “not only singing but the way the music feels.” He could see how emotional it was for them to listen to records and singing to each other.

“That’s one of the things that made me want to become a singer,” he recalled. So when it came time to audition for the church choir, he did so, at five-years-old.

“I was the tall kid in back, rocking back and forth, deeply moved by music in a profound way.”

That’s when they knew that music would become a thing for him. “My family, community and everybody supported me pursuing music from a young age. When I think about how many of my musical friends didn’t have that, I feel very blessed,” the singer said.

From that point, the California native started doing Community Theater and high school bands where he landed a couple of gigs on television shows like Kids Incorporated, Star Search, and Half and Half. At age 15, he and some friends did Natalie Cole’s Big Break as his first professional foray on television.

However, also at age 15, Pierce started losing his hearing. He developed a rare hereditary hearing condition called Otosclerosis that led to the loss of hearing in one ear and partial deafness in the other.

He was able to have surgery on one of his ears, nonetheless, it was a devastating time in his life because music was always his passion.

“At that point, I had a choice. Do I let deafness in one ear stop me from doing this? Or do I relearn things, pick myself up and keep going,” he said. 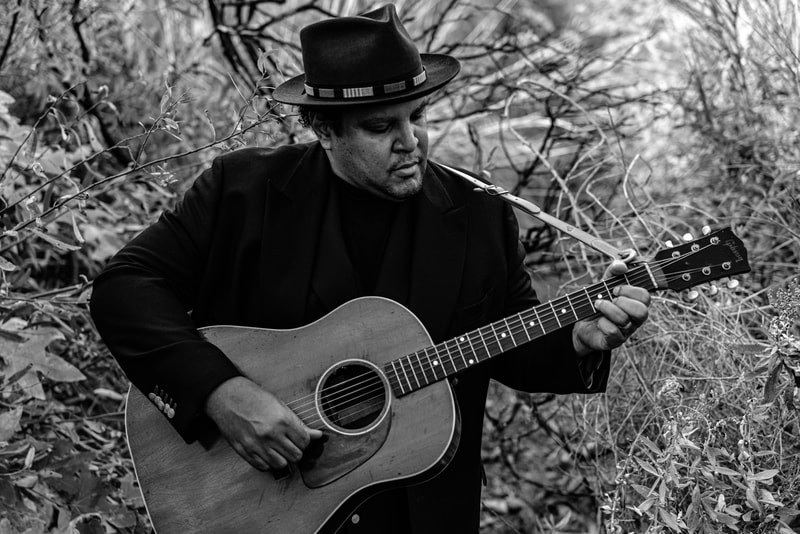 Fortunately, the reality fueled Pierce’s passion and determination all the more. He ended up getting the Ella Fitzgerald scholarship to go to USC where he studied vocal jazz.

From there, he started playing in small clubs, writing his own songs doing songwriter rounds. One day he was discovered by Seal who took him on his first big world tour as his opening act.

It has been a “magic carpet ride” for the independent artist from there. He does his best to put out music that people will hear and discuss and feel in their hearts.

Since he has opened for so many renowned artists, I wanted to know specifically about meeting/opening for King.

He stated, “Years ago, I wrote a letter to BB King’s manager, letting him know that I was available without really expecting a response.”

He did get a response requesting that he open for King the next week in San Antonio, TX.

His backpack was packed and ready and he booked a flight and got a hotel right across from the venue “so I wouldn’t mess it up.”

The soundcheck was at 5:00 so he was in the back alley of the theater at 4:45. “It was like a movie and a tumbleweed rolled by.” He wondered if he was in the right place when a big bus with a crown on it rolls into the alley.

King walks out and says, “Young man, are you my opening act?”

“Call me BB,” he said. “Do you want to get paid before or after you play?”

“After I play is fine,” says Pierce.

“Wrong answer,” retorted King. “I get paid half before I play a note and half after.”

King and his whole band were very welcoming. Before his performance, King told him, “Sing your truths.”

Pierce played guitar and sang on the stage for 25 minutes where he received a standing ovation. He ended up selling a lot of CDs and getting more shows because King’s fans so adored him.

“BB King is a treasure to the world,” he exclaimed. “We developed a wonderful friendship. I am thankful to have crossed paths with him and to learn from him and watch him play. It was like he was inviting people into his living room. I learned a lot from that.”

While Pierce is certainly an accomplished guitar player in his own right, his singing and songwriting are what he is most famous for. “It’s all about the song and serving the song,” he said.

He uses his voice to let the dynamics of the story come to life. That is the strength of what he does.

He explained further, “When I sing, it takes me to a place of pure freedom. It’s a place of refuge for me. When I do that with my own word and stories, it’s even more of a blessing.”

His newest album, American Silence was written and recorded during the pandemic.

The songs are as diverse as his listeners where topics like homelessness, immigration, and even police brutality are discussed in an honest yet respectful manner without taking away from the reality of what they express.

Pierce becomes personal as this child from a bi-racial family relates his truths from the racism and intolerance he experienced growing up. His song, “Young, Black and Beautiful” offers hope to others who have had a similar history.

American Silence is an album of stories that reaches out to say, “Will you listen? Will you sing with me? We need to discuss these things and be open about them. We need to become uncomfortable with some of our [unfortunate] histories and educate each other.”

On the title track to American Silence, he admonishes us to “rise up when your comfort is in jeopardy.” He accompanies himself with his harmonica and guitar and brings to us a simple tune that has words as powerful as any rock anthem.

“Sound All the Bells” is the most personal and autobiographical of the songs on the record as he once again relates the truths of his life to the world.

Not only does American Silence bring up concepts that we need to acknowledge as Americans, but it is simply good music. The songs are thoughtful and well-crafted. The lyrics and the melodies do not compete with each other but they accompany each other harmoniously. You can download the full album on February 26.

Pierce lives with his wife, actress Tara Buck, in California. He plans to keep writing music and live-streaming shows. And like every other artist I have interviewed recently, he hopes to start touring as soon as possible.