Miller is a former aide to the Trump White House and his campaign. Later, he became a senior advisor as the director of advance.  Miller announced his candidacy Friday.

I'm running for Congress to stand up for Northeast Ohioans.

They overwhelmingly voted for the America First agenda.

But their Congressman betrayed them when he voted to impeach President Trump.

I won't back down. And I'll never betray them.

In his announcement, Miller’s team wrote:

Max saw first-hand the havoc wreaked on middle America’s middle-class by politicians who abandoned them in favor of cheap, exploitative foreign labor.  He watched the government enable big corporations to sell addictive drugs to struggling people who didn’t need them or know their risks.  Max also shares the frustration that Northeast Ohioans have with Congress failing to do the people’s work while it instead spends time playing virtue-signaling political games.

The people want steel-spined leaders that stand up to all who would take advantage of them – whether foreign adversaries, domestic profiteers, or anti-American ideologues.  Max is running for Congress to stand up for Northeast Ohioans and represent their interests in Washington.  Unbending and straightforward, Max Miller will be their champion.

Miller’s opponent is the incumbent Anthony Gonzalez (R-OH-16), who is in his second term. Gonzalez made a name in football at Ohio State University and then in the NFL before his route into politics.

However, Gonzalez fell under heavy criticism in January when he was one of 10 Republicans who voted in favor of impeaching Trump.

“The President of the United States helped organize and incite a mob that attacked the United States Congress in an attempt to prevent us from completing our solemn duties as prescribed by the Constitution,” Gonzalez said after voting in favor of impeachment.

In an interview soon after his vote, Gonzalez was grilled on the Constitutional merits of his decision by Cleveland talk radio icon Bob Frantz.

“You don’t have to worry about whether I will stand up to defend our liberties to make sure we stop being censored, to make sure all these things don’t happen. That will be my mission,” Rep. Gonzalez said.

During later guest appearance, Gonzalez stuck to his guns saying that he did what he thought was right and would be at peace even if the decision cost him his seat in Congress. “In the long arc of history, I believe it was the right vote, and I believe it sends the right message,” the Republican incumbent said. 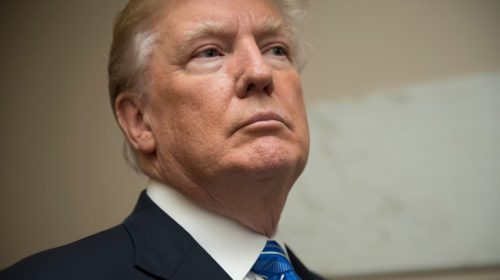 Max Miller is a wonderful person who did a great job at the White House and will be a fantastic Congressman. He is a marine Veteran, a son of Ohio, and a true PATRIOT. Current Rep. Anthony Gonzalez should not be representing the people of the 16th district because he does not represent their interest or their heart. Max Miller has my Complete and Total Endorsement!

Trump has begun screening midterm election candidates to determine who would best continue to carry the banner of his “America First” agenda and possibly become benefactors of some of the $31 million remaining in Save America, a Leadership PAC with which the former POTUS is affiliated.

Gonzalez’s chief of staff was contacted to get the congressman’s reaction to the endorsement but did not respond by press time.