The University of Minnesota paid a consulting firm headed by a former Obama task force member $25,000 per month for a “comprehensive review” of the school’s police force, according to documents obtained exclusively by Campus Reform.

Cedric Alexander’s consulting firm, CL Alexander Consulting (pictured above), was hired by the University of Minnesota on August 12, 2020, after the death of George Floyd in Minneapolis.

According to a university spokesperson, the contract was in effect until early February, meaning that the University of Minnesota spent at least $134,000 on the police review.

According to the Democrat and Chronicle, Alexander was tapped by former President Barack Obama to serve on the Task Force on 21st Century Policing.

In the agreement covering his scope of work, Alexander is quoted as “a consultant with experience in helping government entities and community groups address issues of safety in the broad sense of the term, including fostering dialogue over matters of security, social justice, policing, and policymaking.” 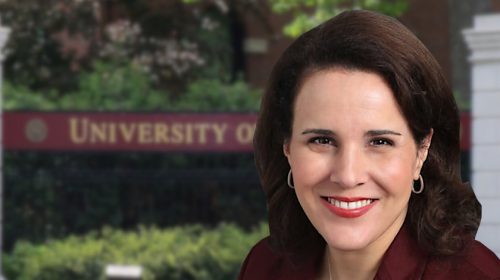 In August, the president of the University of Minnesota, Joan Gabel (right), announced that the university would use Alexander’s consulting services for the police review, and said that he would “assess the public safety landscape of our Twin Cities campus through several lenses, including security best practices, impacts of race, social justice, training and policing, and policymaking.

The report made several recommendations, which include demilitarizing the university police department, adding body cameras to police officers’ uniforms, developing a “differentiated response using mental health and other services,” and more.”

Alyssa Rinelli is a Minnesota Campus Correspondent for Campus Reform. She is a Senior at the University of Minnesota and studies Business with a focus in Supply Chain and Operations Management and Management Information Systems. She is involved with Women in Business and College Republicans on campus.
Photo “Dr. Cedric Alexander” by Dr. Cedric Alexander and “University of Minnesota” by Tony Webster.