COLUMBUS, Ohio – In February, Franklin County farmer Joe Blystone announced his GOP candidacy for Governor of the State of Ohio. 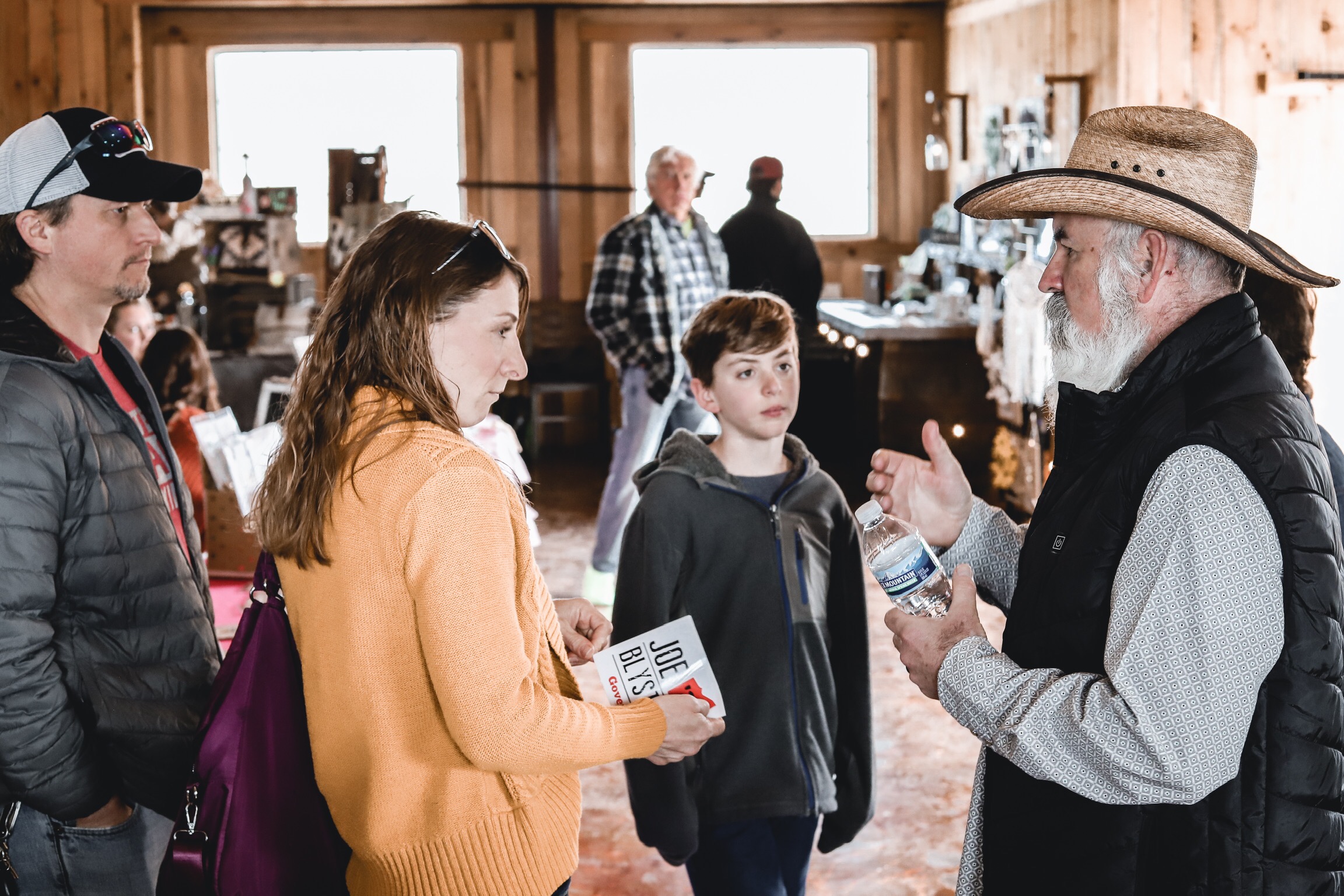 Blystone has given himself the moniker constitutional Republican and calls himself “a man of the people who don’t have a voice anymore.”

According to Blystone, it’s not only anti-Constitutional policies and governing outside the fundamental Republican platform that disqualifies Republican Governor Mike DeWine as the best person for the job, it’s that Blystone doesn’t see a viable candidate willing to step up and battle institutional politicians he says are afraid to “rock the boat.”

The Ohio Star (TOS) sat down for a Q &A with Joe Blystone (JB), which you can read below.

TOS: Why did you decide to run for Governor?

JB: We have no voice. Our vote, our voice – everything is being censored. I don’t see a viable candidate announcing their run who is for the people. We have a lot of interested politicians but none have said, ‘yeah, I’m running for Governor in the primary.’ Quite a few are contemplating it right now. They’re testing the water. If there was somebody I could get behind, I’d jump right in and get behind – I’d support that person.

I’m someone who can relate to the common working people – people out here working hard to pay the mortgage, pay the electric bill and provide for their families. If they decide to elect me, I wouldn’t be afraid to make the necessary changes.

Politicians get in and focus on what it will take to win the next election. I don’t want to be a career-politician, I just want to be somebody who stands up for people.

I’m kind of loud.  I believe in standing up for what you believe in and fighting against the establishment, just like last year concerning COVID – masks and mandates they wanted to shove down our throats and force on our businesses. I just wasn’t going to have any of that.

TOS: When did you decide to run?

JB: About February 5; we had the website up on February 10.

TOS: What would you do differently – what is your platform – as Governor?

JB: Where do we start? Obviously, every conservative comes out and says ‘we need to’…then follows with the default answers – preserving the sanctity of life, the Second Amendment, health autonomy.

But, in the end, it just seems like it’s a lot of lip service. I’d like to see Ohio a Second Amendment sanctuary state. Our Constitution gives us that right and that’s what it should be. We don’t need more gun laws and that’s proven.  Some of the more restrictive places are the worst for crime – Chicago, for example. 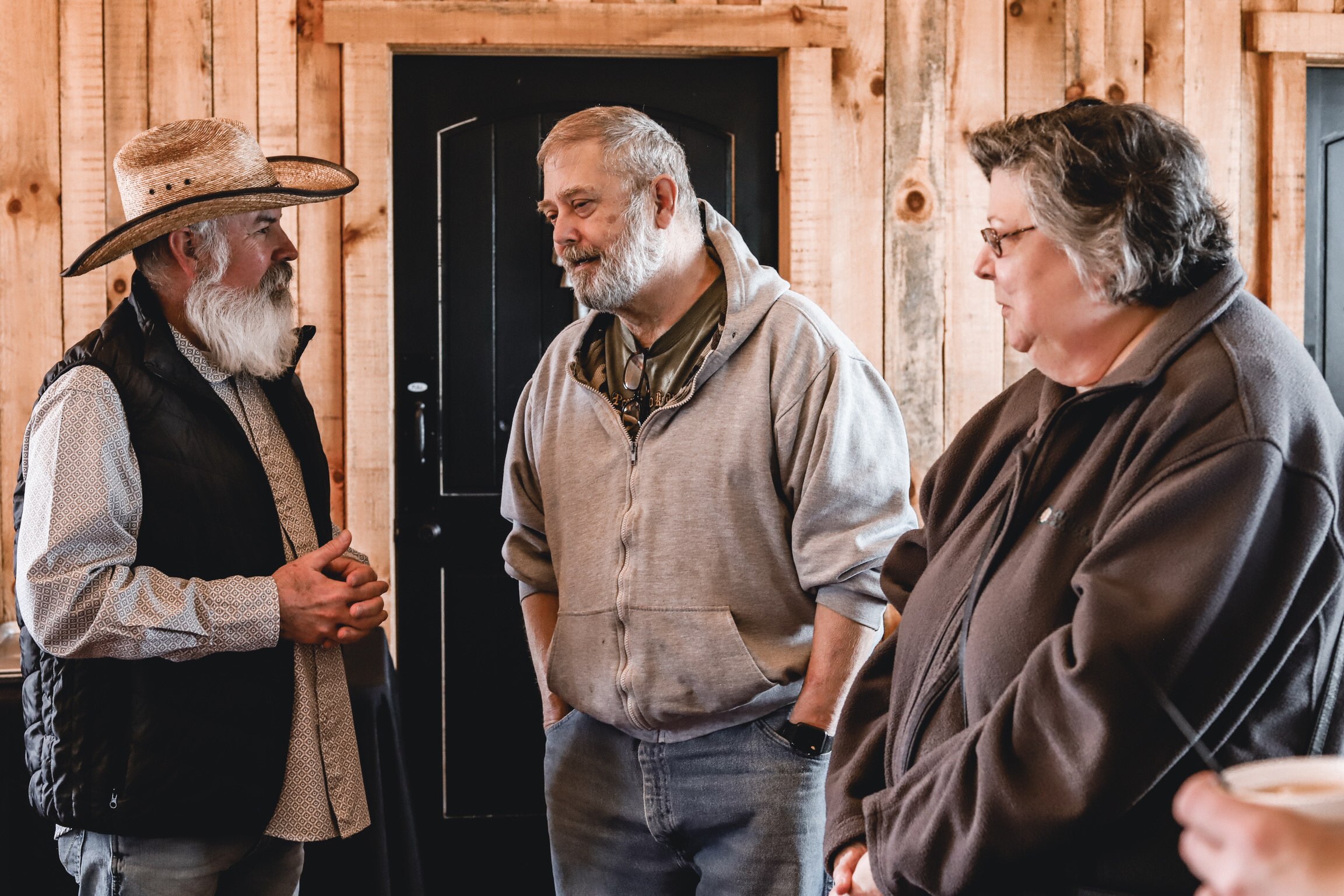 You’re not going to keep guns off the unruly – obviously, restrictions are restricting law-abiding people.

Sanctity of life – I’m pro-life.  I want to protect the unborn from the time of conception and I won’t waver on that. A life is a life. We need to protect that.

I stand for health freedom – I’m a big preacher of health and wellness.  That’s one reason I have the businesses we have– we wanted to provide meats without fillers and chemicals. We have been pushing that for many years, trying to get [Blystone beef and pork] into local school systems so we can begin feeding kids healthy proteins, not proteins washed or processed with chemicals. Unfortunately, the rise in ADHD, mental issues, allergies – across the board – are due, partly, to additives. We hear that we need a psychologist in every classroom because of how our children act. Well, a lot of that, among some other things, is due to the food they put into their bodies.

We should be able to decide for us. No one should tell us to take a vaccine or to wear a mask to get into a local store, get on an airplane and live a normal life. That is way out of control.

We need to fix our bank account here in Ohio – our bloated budget. It’s $75Billion for about 11.7 million people. Then, the $75 billion is just the shell – the actual spending is way over $100 billion and it’s just the different accounts they pull out of – it’s very elusive. We need to rein in the spending, the duplicate spending, cut the fat out, we need to cut some of this money out for career welfare recipients – family after family; it goes through the entire family.

But we can’t just cut them off, we have to raise people up – give them opportunity, give them skill sets, train them and push them into the workforce. Instead, we allow them to live on welfare – the more children the more money they get. That needs stopped.

We have to have education and the opportunity.

I’d like to privatize the Bureau of Workers’ Compensation (BWC).  BWC doesn’t manage the state money well. The government doesn’t manage money well. In my business, I’m self-insured and don’t work through BWC.  We save a lot of money being self-insured. If we pushed all the BWC into the private sector I believe it will be managed more appropriately and I think it will eliminate state waste – we will save money.

TOS: This is your first race. What’s it going to take to win?

JB: Name recognition and money.  We’re aggressively working to get both. We have a good bit of time in front of us. With our group of people – liberty people, patriots, mad moms. We’ve got a lot of great people ready to go.  If I didn’t have those people, and if I hadn’t met them over the last year, I don’t think I’d have a chance. That was a deciding factor in this – they’re as devoted to this as I am.

Our social media is getting lot of attention. In the last 28 days we’ve had well over 260,000 people interact with our page and the number is definitely growing.

Moneywise, we have some things in the works to talk and meet with some folks. They’ve invested in the political system prior to this – we’re having conversations with them currently trying to build our bank account.

We’ve had a lot of folks reach out via email and now our website – they are signing up to volunteer. They are interested in helping in any and all ways possible. We are putting the folks together to come up with a ground strategy.  We’ll have captains in each individual county to carry out the duties of the campaign – whether door knocking, handing out literature or hosting events.

I’ll be in Canton next week to talk with people – two weeks ago I was in Springfield.  We’re hitting the ground running.

I will go around to all 88 counties, meet, greet, handshake and listen. I plan on going to as many fairs around the state as possible – that’s kind of my environment, my kind of people. It will be nice to interact at county fairs.

JB: Yes. Jane – she’s my right hand, my rock, my mental support. She travels with us.  She also takes care of the administrative side of our businesses.

TOS: Tell me about the businesses.

JB: Blystone Farms originally started out with a packing house – mostly beef and pork.  Then we went into the retail side of the business with the butcher shop. Next, we built the bakery.  Then, we built the restaurant – then the event center.

TOS: Do you have kids?

TOS: With the businesses and the campaign, you likely don’t have a lot of free time. If you do, what do you like to do?

TOS: What’s one thing people may be surprised to know about you?

JB: They’d be surprised to know I’m running for governor.  Aside from that, I’m a pretty open book. People that know me know I am who I am. They know – I’m a worker, I love my family and interacting with children to teach them about the farm and what we do here. There isn’t anything hidden back that I did once upon a time.

TOS: What else do you want people to know?

Whether it’s state or federal politics, people get in and get rich and become powerful – off the backs of you and me.  We’re done. We’re done. We’re really done right now because Trump awoke this whole country. We see our First Amendment and Second Amendment rights being trampled.  It’s just blatant, right out there in front of our faces right now – no one is doing anything about it.

DeWine should be front and center saying he won’t let big tech step on free speech – ‘if you want to operate in the confines of Ohio, you’ll follow the Constitution or there’ll be repercussions.’ But you don’t hear that, he’s a church mouse. That’s not going to change with him. It’s not toing to change with any politician. It will take someone like me, a constitutional conservative.

Blystone started his farm in 2004 and his nonprofit, Blystone Agricultural Community, Inc. in 2019. Blystone said that for more than a decade he has dedicated his time to serving the community and helping young adults and children learn the importance of hard work and living a happy and healthy lifestyle.