The state has arrested a business owner for violating the state’s COVID-19 restrictions, including operating her restaurant nearly two months after the state suspended her food license.

The Michigan State Police (MSP) arrested Pavlos-Hackney, 55, Holland, at 5:45 a.m. Friday morning following a traffic stop on an outstanding Ingham County civil warrant for contempt of court, for failing to comply in a civil case filed by the Michigan Department of Agriculture and Rural Development (MDARD).

“Governor Whitmer got a free pass for flouting her own COVID rules and her deadly nursing home policy while Attorney General Nessel is arresting a restaurant owner trying to save her livelihood,” Tori Sachs, executive director of Michigan Rising Action, said in a statement.

Sachs was referring to the attorney general’s decision previously this week that she would not investigate the governor’s role in placing COVID-19 patients in Michigan’s long-term residential facilities.

The arrest precedes a planned Saturday rally by the 70,000-member Facebook group “Michigan Needs and Adjustment.” The event is scheduled to end at Marlena’s restaurant, where presumed 2022 gubernatorial candidate Garrett Soldano is slated to speak. 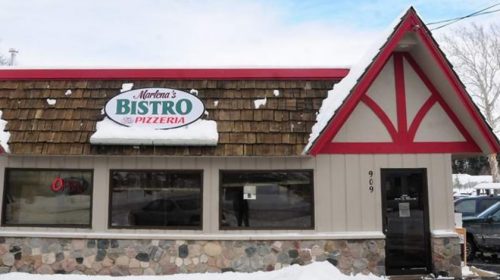 A GoFundMe supporting Pavlos-Hackney’s legal costs has raised more than $44,000.

“This owner has continued to willfully violate the state’s food laws, public health orders and the order of the court – a dangerous act that may have exposed dozens of diners and employees to the virus following the discovery that one of Marlena’s customers tested positive for the virus within two days of eating there,” Nessel said in a statement. “MDARD is particularly concerned because the potential exposure happened at a restaurant that refuses to comply with basic COVID-19 measures required by the Michigan Department of Health & Human Services.”

On March 11, The MSP told Pavlos-Hackney she had a warrant out and advised to turn herself in by March 18.

“If they want to arrest me, they can arrest me – I’m not going to close,” Pavlos-Hackney told MLive Thursday.

Pavlos-Hackney is now lodged at the Ingham County Jail while awaiting court proceedings.

Scott McClallen is a staff writer covering Michigan and Minnesota for The Center Square.