KENNESAW, Georgia — Georgia conservatives will only win hearts and minds if they fight, display passion, and testify how their ideas and policies can and will shape and impact voters’ personal lives — for the better.

That was the message that several speakers relayed Wednesday night at a launch party at Kennesaw’s Marietta Country Club for the new Freedom WMLB 1690. The station broadcasts to Atlanta audiences through the John Fredericks Radio Network (JFRN).

JFRN is based out of Richmond, Virginia. 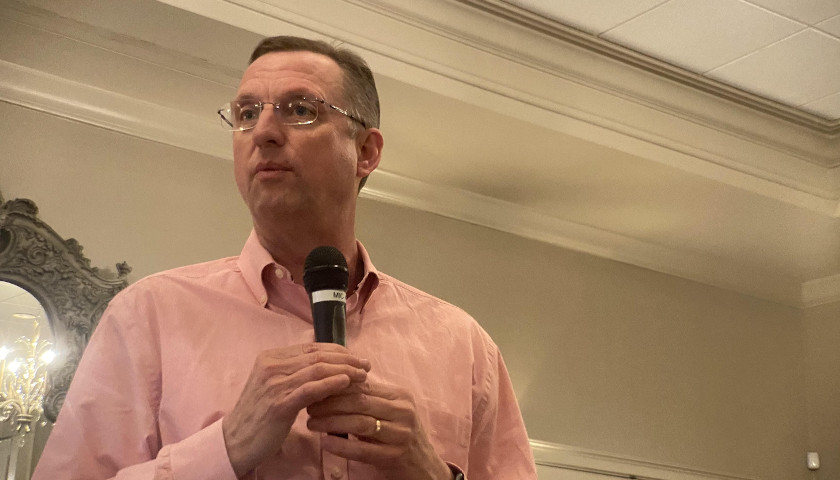 David Shafer made news and told attendees that former U.S. President Donald Trump endorsed him for another term as chair of the Georgia Republican Party.

“David Shafer did a phenomenal job as chairman of the Georgia Republican Party, recruiting and training a record number of volunteers,” Trump wrote.

“No one in Georgia fought harder for me than David. He NEVER gave up! He has my complete and total endorsement for reelection.”

Shafer told The Georgia Star News Wednesday that under his leadership the Georgia GOP recruited and trained 13,000 volunteers and raised millions of dollars.

Meanwhile, former U.S. Republican Congressman Doug Collins sidestepped questions about his own political future and challenged members of Wednesday’s launch party. He told them that “we have things to do.”

“We now have a conservative voice on the radio in Atlanta. We are going to change the perception of what is going on here in Atlanta. I don’t need some of these Georgia-based folks that we’ve heard. Don’t waffle on conservatism to me. Let’s stand up for what we believe and how we go about it.”

Collins said he tires of “us being the boring party.” 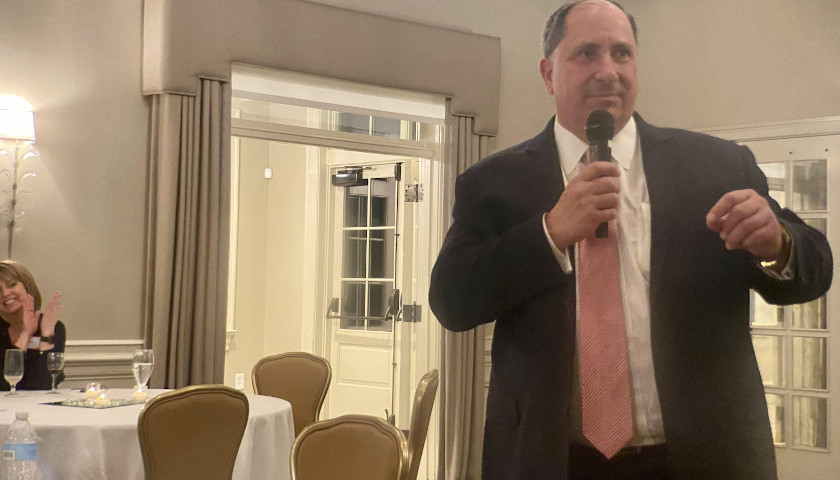 “Because they take a policy and they attach it to people. Nobody wants to know what your plan is unless they know how it affects them. And we have to get back to that.”

Collins also said he tires of conservatives who “only speak in bumper sticker,” and are “just a cream-filled cake with nothing in the middle.”

Collins said he broadcasts his show because “it is the best thing I can do to get the word out about what we need to be about and how we need to do it.”

“If we aren’t training and only talk to each other, but this is the church [then] you don’t make converts in the church except maybe one that you drug in,” Collins said.

“We aren’t dragging enough people in. If we don’t go out and make converts then shame on us.”

Fredericks, meanwhile, attested to his own past personal struggles with finances and living homeless. Eventually, he told the launch party, hard work pays off.

“It is the fighters who make the difference. We can stand here and talk about tin foil hats in Madrid and gun battles in Frankfurt. It’s all nonsense. It’s the fighters that will change this,” said Fredericks, the publisher of The Star News.

“We’re in a battle. This is not for the squeamish or the faint of heart. This is a tough road.”