As a child/teen Vane moved from Italy to France and England for her Dad’s job. She attended Princeton in New Jersey for college. She graduated with a degree in comparative literature and promptly moved to Los Angeles to pursue music where she got a job in a guitar shop. 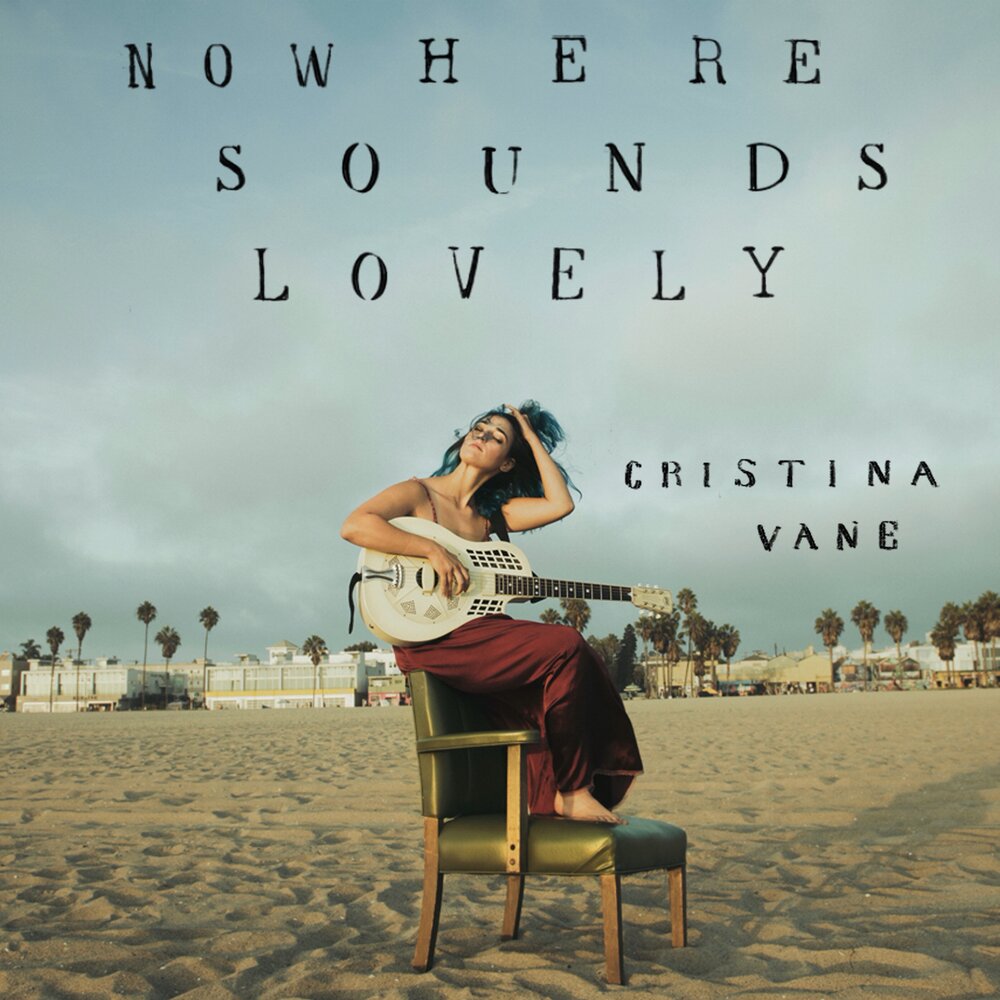 She stated, “My father passed the genetics of performing to me. He was very into musical theater in high school.”

In college, he wanted to continue studying musical theater, but because he grew up poor, he decided to study Finance instead. However, he was very supportive of Vane when she decided to pursue music.

Even though her mother “can’t sing a note” the choice of music they listened also greatly influenced Vane.

“We listened to everything from the Rolling Stones to Depeche Mode, Dire Straits, and INXS – a lot of 80s music and that still sticks with me today,” she recalled.

She almost dropped out of college to follow her musical dreams, but her father quashed that immediately.

She explained, “Even though Comparative Literature almost sounds like a useless degree, I really did think that I might go into translation or writing for international magazines and the like since I speak four languages.”

Because of her diverse background and upbringing, Vane never felt like she belonged to a single country.

“To be totally honest,” she expounded. “I still don’t really fully feel part of anything.”

Immediately following graduation, she moved to Los Angeles and has been in the United States for quite a while now. She thinks that part of her musical journey has helped her reconnect with her American nationality.

She relateed, “It’s been difficult for me in some ways especially with the choice of music that I have made and the things that I have been attracted to are very uniquely from a place.”

She likes Bluegrass, pre-war Blues, and electric Blues, and almost any music from 1890-1960.

“Music comes from a region and that’s why it sounds that way. Coming from the outside, it can be hard to maintain your own truths with a respect for the music you are playing. And that the balance that I am trying to find. That’s the balance I am trying to find with Americana. It’s showing in my voice and my music and not trying to be someone that I’m not.”

Vane’s debut record, Nowhere Sounds Lovely, is out April 2. It was written and recorded following a cross-country trip she made in 2018 when L.A. began to feel stagnate.

“My favorite part about traveling (and playing) across the country was reclaiming my American heritage, which was very difficult to figure out,” she explained. “Anywhere I went I had my anthropological hat on, watching how people talk and interact. There were new places that sometimes felt totally familiar and sometimes completely foreign. Each pocket of the country has its unique flavor and discovering the musical stylings that go along with that really informed this record.”

The record explores the depths of America’s musical history from her unique perspective without ever sounding like a re-hashing of old tricks. Nowhere Sounds Lovely flows naturally from the album-opening slow-burn Blues of “Dreamboy” to the clawhammer banjo-driven lament of “Will I Ever Be Satisfied.” American Songwriter premiered “Badlands,” the album’s closing track, noting, “Like a young Bonnie Raitt, Vane sings from both her voice and her supple, bluesy guitar playing almost simultaneously–her sound as earthen as the South Dakota landscape.”

Written, sung, and played by Vane, her latest single “Travelin’ Blues” is the third single off the debut album. You can hear the Delta Blues influence, but she makes the song her own with a more positive outlook than what you expect from a traditional Blues lyric.

Because Vane was reared in Europe I wondered how she learned about this type of music since it is not normally played on terrestrial radio.

She advised she first heard the slide guitar in London from a band which played after her. She didn’t want to play the guitar on her lap so she looked it up and bottleneck slide guitar came up so that’s what she learned.

The talented artist credits two people who mainly were responsible for her love of blues/folk/bluegrass/Americana music: Rory Block and Blind Willie Johnson. Rory Block is widely regarded as the top female interpreter and authority on traditional country Blues worldwide. She covered some of Skip James’ music on her tribute album. Additionally, when Led Zeppelin covered Blind Willie Johnson’s “In My Time of Dying” Vane preferred the original and immolated his amazing slide guitar skills.

Between working at a guitar store, writing her songs, and following traditional Blues music, she decided to take the guitar more seriously and then became obsessed.

Once she moved to L.A. her brother recommended that she check out a resonator if she wanted to play the Blues. She did and it became her preferred instrument. Vane is also very proficient on the clawhammer banjo and uses it to accompany herself as she sings her Bluegrass-inspired songs.

If you watch her YouTube videos, you will see/hear a natural, raw talent as she plays slide guitar on her resonator.

Now a native Nashvillian, Vane had her debut at hallowed Station Inn on March 31, 2021, where she and friends played to a sold-out socially distanced room. She played some covers and some original music in the historic Bluegrass venue.

Even though Nashville is known for all kinds of music, it is not known for its Blues music. She still makes trips to Mississippi to hang/play with the Blues lovers.

She confesses, “To be fair, this music isn’t great jam music. A lot of the music scene in Nashville revolves around communal hangs and jam sessions.”

Though she often plays alone as a Blues player, she is encouraged by talented musicians. One said, “I seriously cannot think of another person in this town that plays slide guitar and clawhammer banjo in the same set.”

It has been a challenge to find band members who get her style of music, but she finally striking a balance between Blues and Bluegrass. Her goal is to resonate with fans while still being true to herself and promoting her love of the Blues. Maybe she will be the one to lead the way in Nashville.

Vane’s perspective on American music is decidedly a unique one, but absolutely an authentic one, and if Nowhere Sounds Lovely, is any indication, Blues is all the better for her arrival.

You can stream/download Nowhere Sounds Lovely on all music platforms.