Titled “Make a Difference” and commissioned in 2019 (the same year Winchester declared a “climate and ecological emergency”), the statue cost the school almost 24,000 pounds (just over $33,000) and is thought to be the first commemorating Thunberg, the Daily Mail reports.

The university says the statue symbolizes Winchester’s commitment to “sustainability and social justice.” 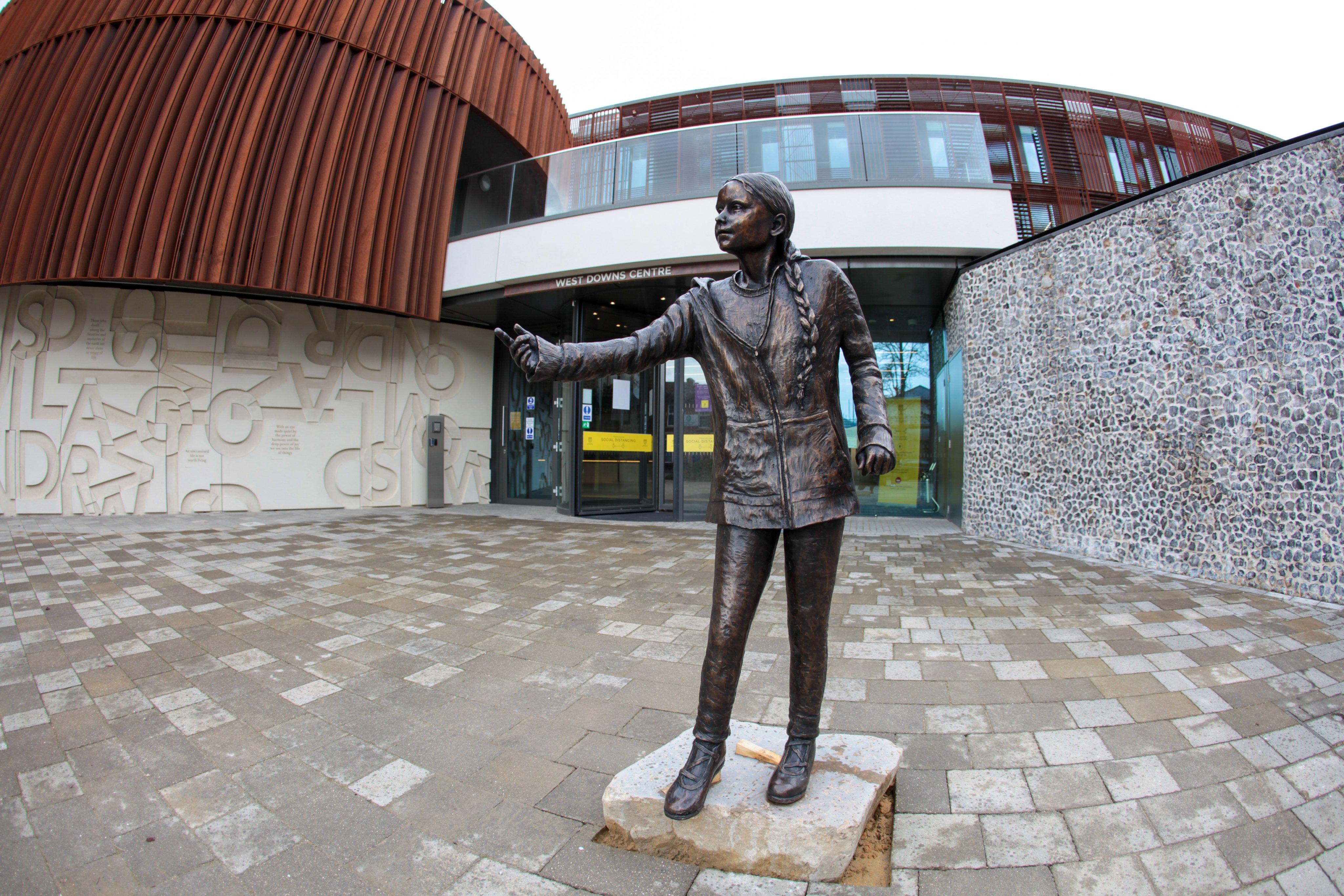 But the Winchester University and College Union called the statue a “vanity project” and said the funds used to pay for it could have been used elsewhere.

“To be clear our concerns are about the expenditure and transparency of decision making by the university, which have long been opaque, not the subject of the statue,” the College Union said in a statement.

The union said statue monies should have gone to “preventing redundancies and cuts” at the school.

Winchester Vice Chancellor Joy Carter said no funds targeted for student support or staffing were used for the sculpture. She added. “We know that many find [Thunberg] a controversial figure. As a University we welcome reasoned debate and critical conversations. We hope her statue will help to inspire our community, reminding us that no matter what life throws at us we can still change the world for the better.”

In a press release, the university said it hopes the statue will “help to inspire our community, reminding us that no matter what life throws at us we can still change the world for the better.”

Statue creator Christine Charlesworth said of Thunberg “it is hard to deny her courage and determination,” and given her autism it’s “remarkable that she has been able to forefront the mobilisation of young people” to the climate change cause.

Local residents complained that Thunberg has no connection to the community and that homeless advocate Kev Collick would have been a better choice for a statue.

Dave has been writing about education, politics, and entertainment for over 15 years, including a stint at the popular media bias site Newsbusters. He is a retired educator with over 25 years of service and is a member of the National Association of Scholars. Dave holds undergraduate and graduate degrees from the University of Delaware.
Photo “Greta Thunberg Statue ‘Make a Difference'” by University of Winchester.