Agents send me music to preview. Sometimes I get quite a few in one day. When Aristo PR sent me songs from Jason Charles Miller’s From the Wreckage, Part 1 Album, I thought, “This is good, really good.”

Although metal fans will know, I was not familiar with Miller from the rock band, Godhead. But this new music wasn’t metal at all. It was more like a mashup between Lynryd Skynyrd meets Americana. It was both fresh and familiar at the same time. And it was different than most of the music that is pitched to me.

The Clifton, Virginia native had his musical debut at the tender age of 4 on the back of a train by singing a John Denver song. Although the town is now a darling of day trips, when 48-year-old lived there, his closest neighbor was ½ mile away.

In school, he was somewhat involved in musical theater. But later on while still living in Virginia, he and his friends formed the band Godhead got a record deal, and moved to Los Angeles. Eventually, they became the only band signed to Marilyn Manson’s Posthuman Records. They went on to tour with Marilyn Manson, Ozzy Osbourne, Black Sabbath, Disturbed, GWAR, Slipknot, Rammstein, Linkin Park, and Jonathan Davis (Korn).

Even though the record From the Wreckage, Part 1 is mostly comprised of new material, it sounds like old-fashioned southern rock.

Miller agrees, “I wanted to give people the memory of that. Honestly, I don’t think that there were enough good old-fashioned southern rock songs back in the first wave so let’s bring some more out now.”

Miller’s solo music that he has created more recently is a departure from the industrial rock which made him famous. The last Godhead album came out in 2009 and From the Wreckage, Part 1 is the 5th record since then.

“I wanted to do something totally different from what I was known for, but also something that was authentic to me, that I was inspired to play. At the end of the day, I am a country boy who grew up in the woods of Virginia spending hours shooting my bow and arrow while listening to Lynryd Skynryd,” he said. 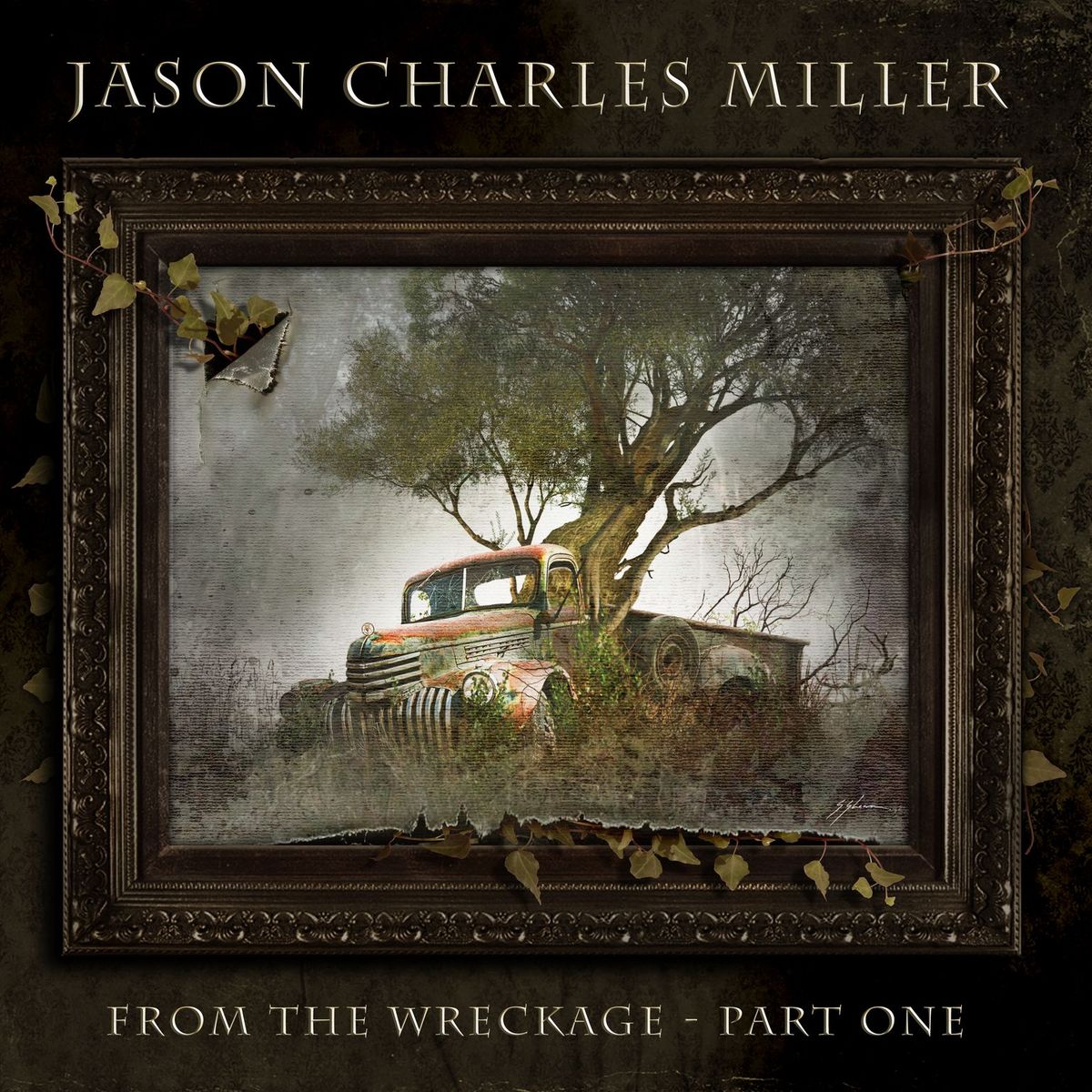 He continued, “Godhead was what I was aspiring to be, the ultimate rock star. But as we get older and want to more honest with ourselves, I didn’t want to play a character anymore. I just wanted to be myself. This [newer music] is who I am as a person. With Godhead, there were so many moving pieces. We used a lot of electronics in our sound. When we went on the road, we had this big production go with us. Now I want to do something that is just about the song, just about singing.”

He reset himself and started writing songs that sounded good with only a guitar and voice.

He explained, “Godhead didn’t really break up, we started getting demoralized. We went from being on a really big label to three more albums after that. Then with smaller and smaller labels, we felt like we were making the best artistic music that we could and improving but on a business level, we were getting diminishing returns.”

This is what inspired Miller in a different direction. When he puts out music with his name on it, it’s going to represent him as a person.  He was in full swing building the best version of himself when the pandemic hit.

The last show that he played with a full band was March 8, 2020, at the Whisky a Go Go on Sunset Boulevard in LA.

“I guess that’s a nice way to go out because that’s a legendary club where The Doors got discovered and Alice Cooper got discovered and Mötley Crüe used to live upstairs. It was nice doing a southern rock show there, knocking the doors down before the doors got shut,” the rocker reminisced.

One of the songs that I consider a “bridge” between Miller’s two styles of music is called “Uncountry.” It is a song that explains exactly who he is and what he is doing.

“The thing that I love about that song is that there is heaviness in it and it’s telling a story. It was inspired partially because, at the time that I wrote it with Randall Clay, we were noticing that every song on country radio had the word country in it. We decided to make “Uncountry”  be like ‘Ha Ha’ to that,” Miller said.

Another song that shows Miller’s diversity is his cover of Radiohead’s “High and Dry” with the talented songstress, Hannah Aldridge. The beautiful duet shows that the musician has full control of his voice and how it needs to sound in any given setting.

His latest project, From the Wreckage – Part One, straddles the line between rock and country. The new album is released through Miller’s own Haunted Mill Music record label and puts his gritty, passion-filled style on full display.

When I listened to all the songs from From the Wreckage, Part 1 one thing that surprised me was that there was a cover song among all the outrageously fantastic new songs. I wanted to know why of all the great rock songs in the world, Badfinger’s “Day After Day” was the one he chose to cover and put on his record.

He explained, “When I was opening for the Allman Betts Band, “Day After Day” was one I always played acoustically and the crowd really connected with it. It’s a song that’s always stuck with me and I’ve always really loved it. It’s one of my favorite songs of all times.”

As far as the rest of the record goes, it’s hard to pick a favorite. With songs, like “Better Late Than Never”, “Losing My Way” and “You’re About To” you just want to listen to it all on repeat.

Even still, Miller still gets hired to sing metal songs on video games and soundtracks for TV shows. He does voiceovers for characters as well. In 2019, Jason was the lead vocalist on the Billboard chart-topping theme song for the ‘Final Fantasy XIV: Shadowbringers’ video game. He has also contributed two songs to the critically acclaimed ‘Metal Gear Rising: Revengeance’ soundtrack, and has even sung backup for Robert Smith of The Cure on the Reeves Gabrels/Robert Smith track “Yesterday’s Gone.”

You can also see Miller on-screen in the SyFy original movie ‘Battle Planet,’ in ‘Chatroom of Solitude’ on Stan Lee’s World of Heroes network, playing himself in season 5 of ‘The Guild,’ and squabbling with Lewis Black and Andy Dick in various productions on Comedy Central. As a voice actor, Jason has hundreds of animated and video game credits and has even narrated a film for NASA.

These extra engagements were a godsend during the pandemic when live music was halted.

He expounded, “Everything kind of connects. I consider myself an entertainer. Many years ago I had the opportunity to be a voice actor and I take it very seriously. I’m grateful to have these opportunities. Voiceover work hasn’t slowed down for me. It helps me pay my bills.”

As a Nashville entertainment writer, I understand that music executives produce what sells. And what appears to be selling to the young people with their Spotify and Amazon Music subscriptions is the hybrid pop-country (which in my day was simply pop music). But what we older, seasoned listeners want is real music that is reaching for something, with soul and angst accompanied by an amazing, tight, band. From the Wreckage, Part 1 is that and more. And thankfully, Part 2 will be released this fall with a full-length record and tour (fingers crossed) coming in 2022.

Despite living in LA, Miller makes frequent trips to Nashville for songwriting sessions. He has a lot of friends there and can’t wait to come back. If he does a show in Nashville, I will be the first one in line for a ticket.

In the meantime, you can watch him on Twitch TV for Miller Music Monday’s Live and Whatever You Want Wednesdays.

The full tracklisting for From the Wreckage, Part 1 is found here.