Nashville Chancellor Patricia Moskal ruled Monday that members of the Tennessee Education Lottery (TEL)  do “not have the unilateral right” to take punitive measures against the Tennessee-based Action 24/7 concerning a matter she’s already ruled upon.

Action 24/7 officials operate an online sports-betting site based out of the Volunteer State.

As The Tennessee Star reported, the TEL had previously suspended Action 24/7’s license due to a self-reported incident of card fraud that company officials found and stopped. Moskal ruled last month that TEL  members did not give Action 24/7 the proper due process and that continued suspension of the license threatens the businesses’ continued financial livelihood. She ruled that the TEL must reinstate the company’s sports gaming operator license.

As reported last week, TEL members indicated they wanted to hold another hearing against the company.

On Monday, Moskal (pictured above, left) told TEL counsel J.P. Urban that the TEL’s intent to go after the company, once again, baffled her.

“It was represented to the court that the full [TEL] board ratified the temporary suspension,” Moskal said.

“When I pressed without any hearing the response was ‘Well, they were heard on the papers at that full board meeting, and it was in fact a final action of the board.’ But now you are coming back and saying you are retreating from that position, saying it was not a final action and now you want to proceed with an administrative hearing?”

“TEL can’t have a redo,” the judge added.

Urban said TEL members need to hold another hearing against Action 24/7 “to make sure the public interest is protected.”

“The TEL needs to regulate, and the only way Action 24/7’s internal controls can be assured to be in compliance is by hearing both sides by the experts and the TEL,” Urban said.

“The citizens of Tennessee potentially are at risk. Public confidence in the Tennessee sports wagering industry could be put into jeopardy.”

Moskal then asked if Action 24/7 has had any additional infractions outside of her court’s jurisdiction. Urban said no. 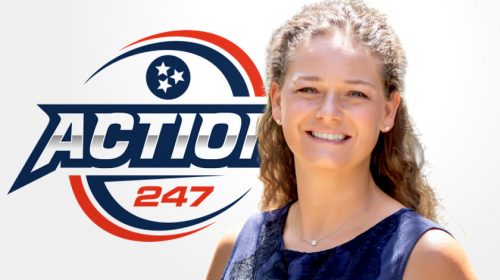 “What’s telling to me, your honor, you asked if there were any new incidents of counsel. He said he wasn’t aware. I can tell you that I believe 100 percent if there were any new violations there would have been declarations from the defendants saying ‘Here’s some new violations.’ Instead what we have,  your honor, the only declaration from the record is from [Action 24/7 CEO] Tina Hodges,” Clayton said.

“She specifically said that there have been no further debit card fraud violations. She has not been advised by the TEL that there have been other types of violations. Those are the facts. They don’t have a basis now to say ‘We want to have a hearing just to talk about your internal controls.’ You don’t, under the regulations, get to have a hearing just for the heck of it. You have to have a suspension, a revocation, or a suitability finding.”

As reported, legal documents filed at the 20th Judicial District Court in Nashville last week showed TEL members wanted to hold a new hearing to discuss taking action against Action 24/7’s reinstated license. TEL members seem to want to “ratify” the suspension. Action 24/7 officials, however, said that’s a matter for the courts — and not the TEL — to decide.

According to one document on file with the court, TEL officials wanted to hold the hearing Wednesday, April 14.

As The Star reported last month, when TEL Board members took away Action 24/7’s they did so remotely while occupied with other things. Some were driving their vehicles during the meeting. Others were on spring break. TEL board members acted against Action 24/7 while taking the word of one investigator who said the company didn’t follow through on the necessary security protocols.