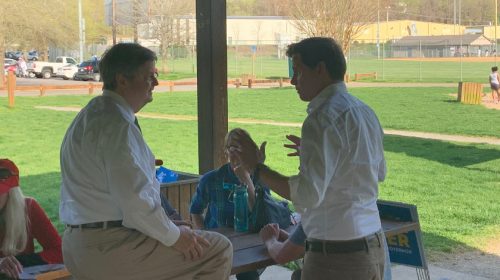 ROANOKE, Virginia – With the 2021 Republican Party of Virginia Unassembled State Convention creeping closer and closer, Republican candidate for Governor Pete Snyder made his way to the Star City on Tuesday night to feed convention-goers and engage in a little retail politics. 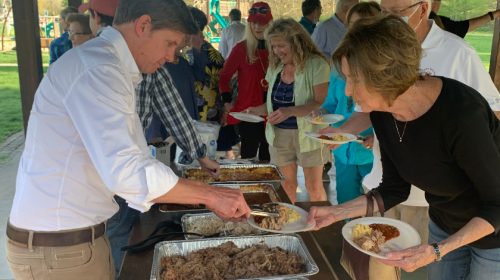 After a good bit of gladhanding and some hand sanitizer,  Snyder rolled up the sleeves of his crisp white dress shirt and individually served every attendee of the event. While the former Tech CEO’s signature Pig Rig was missing, Mission BBQ served as a welcome substitute. A generous plate full of macaroni and cheese, baked beans, pork barbecue, and chicken barbecue were served to all who had arrived to learn about the candidate.

As the guests enjoyed their meals, Snyder took the stump, quickly launching into criticism of Governor Northam and Governor McAuliffe, stating that “the fix is in for Virginia Democrats.” 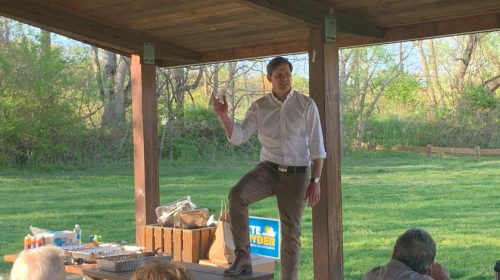 From there, the gubernatorial hopeful served up the meat of his stump speech: education and opening schools. In short, Snyder is unabashedly in favor of opening Virginia schools, five days a week, in every locality of the Commonwealth. The candidate stated he would not accept excuses from the Virginia Teacher’s Unions. He wants schools open and he wants them open on his first day in office.

As you can see the “full-service” BBQ hit Star City Again!

Roanoke’s grassroots leaders + patriots are ready for new leadership in #RVA + to #OpenOurSchools!

He then continued on to blast Virginia and national Democrats for promoting Critical Race Theory. Snyder said that as Governor, he will defund schools that teach Critical Race Theory and the 1619 project in favor of the 1776 initiative, and require public schools to teach the US Constitution and American history.

As he finished, Webb reminded guests to fill out delegate pre-file forms and to take home a plate of food. Snyder stuck around just long enough to speak with The Virginia Star about his feelings on the campaign trail, the possibility of him supporting a candidate in the down-ballot races (which he flatly denied), and addressed portions of his stump speech.

The Republican Party of Virginia’s 2021 Unassembled Convention will be held on May 8th.

Matt Colt Hall is a reporter for The Virginia Star and the Star News Network. Follow Matt on Twitter at @MattColtHall on Twitter. Send tips to [email protected]