NASHVILLE, Tennessee  “You Can Thank Me Later” is being exclusively premiered in The Tennessee Star today. The introspective song from Dani Taylor’s self-titled EP  (also released today) is a message reminding her (and the listener) not to continue making poor decisions especially when it comes to dating someone who should be avoided.

The lyrics of the sassy song are reminiscent of a young Taylor Swift but her voice has the sweetness of Alison Krauss mixed in with Emmy Lou Harris’ intentionality. 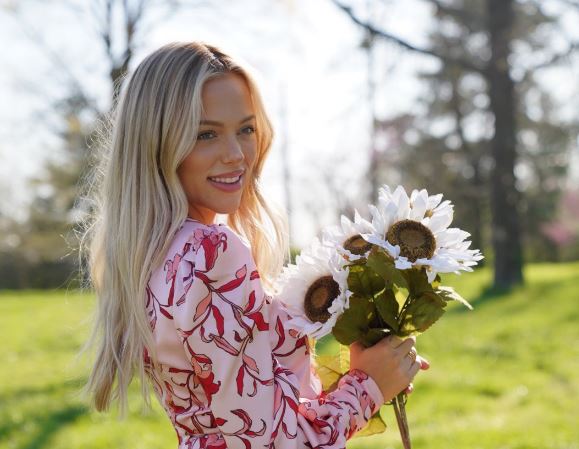 Born and raised in Arizona, Taylor moved to Nashville to pursue country music in 2018. As a kid, she performed in choir and did musical theatre, but it was only after graduating from high school that she rediscovered her love and talent for music.

She stated, “I actually wanted to pursue acting. I didn’t want to go to college. But I went on to ASU and got my Bachelor’s Degree in English Literature. I was always singing but never felt like [a music career] was my calling.”

Though she was taking voice lessons, country music was not part of the music she was singing. But she went through a breakup and started listening to/singing Patsy Cline’s songs.

“I pretty much discovered country music 4½ years ago and got it in my head that I wanted to sing and I chose country music.”

After her breakup, she began writing about her feelings and decided that she should start writing song lyrics.

Her song “Girl Most Likely” talks about how she is most likely to be different than what you expect. The words You may not get me/ But you’ll never forget me/ I’m the girl most likely to be/ Nothing like you thought are autobiographical in nature as is the fun, fan-favorite, “Table for One, Drinking for Two,” but the song “Man of Few Words” is a departure from the self-reflecting tunes she usually writes.

“[Man of Few Words] is my outlier song. It’s a song where I had the hook and I just brought it in (to a songwriting session). It’s the only song I’ve ever written that I don’t personally relate to,” she confessed.

With her newest release, “You Can Thank Me Later,” Taylor is talking to herself.

She explains, “A lot of time when I am writing, I will imagine the song as a music video. It helps me write it better. I had the hook and was so surprised that no one had written about it yet since it’s such a common saying, ‘You can hate me now, but you will thank me later.’ I had the idea of a girl going on a date with a bad guy whose no good for her. And she goes to the bathroom to fix her makeup and crying and her reflection in the mirror is like, ‘No, no.’”

It’s like her inner confidence finally comes out as she finally figures out what’s best for her.

Since the songstress is relatively new to the Nashville songwriting scene, she was fortunate to be introduced to the accomplished Travis Howard.

“He introduced me to songwriting in general.” He was more traditional and showed Taylor how to put her heart into a song.

Since then, Taylor has written with Will Rambeaux and Sherrie’ Austin who taught her “what it’s all about.”

Dani Taylor’s self-entitled EP is out today comprised of “Midnight Cowgirl,” “You Can Thank Me Later,” and “Kiss Me if You Can.” You can listen, download and stream through all music/streaming services.