According to its website, Greater Georgia members support, among other things, individual liberties, lower taxes, and educational choice.

The billboards feature Stacey Abrams, U.S. President Joe Biden, and U.S. Sen. Raphael Warnock (D-GA). Greater Georgia members say that those three individuals promoted false narratives that provoked people to boycott the state. Greater Georgia members are displaying the billboards in high-traffic areas near Truist Park, home of the Atlanta Braves. The campaign, group members said, reminds Georgians of the consequences of the boycott, including the loss of a $100-million economic impact. 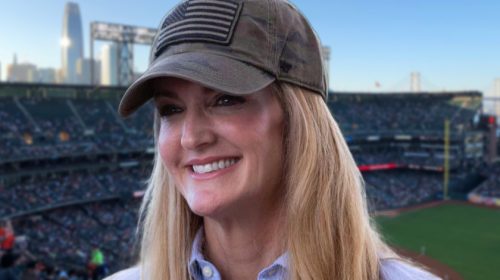 “Fueling the divisive statements and inaccurate information were Stacey Abrams and Sen. Raphael Warnock, who then raised money off of the boycott,” Loeffler said.

“A true loss for the home team, no longer the venue for honoring the iconic Hank Aaron, who did not shrink from the arena, whether in sports or civil rights. I hope others will join me in cheering the Braves on to the playoffs so that we can host the MLB World Series and honor Hank Aaron here in Atlanta.”

“The billboards will serve as a cautionary reminder of misinformation promoted by liberals in their push for one-party control in the U.S. Greater Georgia will continue to be a voice for hardworking Georgians who are on the losing end of the Democrats’ destructive cancel culture, the complicit mainstream media, and the harmful, political decisions of organizations who put politics before people,” according to the Greater Georgia press release.