NASHVILLE, Tennessee-  As an avid supporter of female singers/songwriters, I always pay attention to emerging new artists. When I listened to Morgan Wade’s music, I liked her immediately because she was different, and that I found her music refreshing.

There is an edge to Wade’s country/rock/pop vocals that sets her apart. And the lyrics to her songs are not that of some bubble gum pop-country princess, but someone who has been there, done that, struggled, and come out stronger in the long run.

She recalled, “That was my first introduction to any kind of music. My grandfather would go up to the Floyd Country Store where people would get together in the store and play out in the streets. I remember going up there on Friday nights, falling asleep on his lap listening to bluegrass.”

Though she doesn’t play bluegrass, she knows that is where her roots are.

Wade started writing songs as a young girl primarily for herself. “I didn’t think anybody would like it because I didn’t have any confidence. But it was good for me. It helped me to be authentic. If you don’t think anyone else is going to read, you write whatever you want.”

As a freshman in college, she initially wanted to become a physician’s assistant. But she went through a breakup and to woo her musician-boyfriend back, she formed a band by soliciting members from Craigslist and started playing live music.

Wade said, “Three years ago, I finally made the decision that you can either play music full-time or you can work a job full-time, but you can’t do both. I decided to dedicate my life to [music] and it’s the best decision I ever made.”

Wade recently did a three-song set on CBS Saturday Sessions.  With accolades from Rolling Stone, American Songwriter, and Billboard, it is evident that making music her forever career was a great decision. 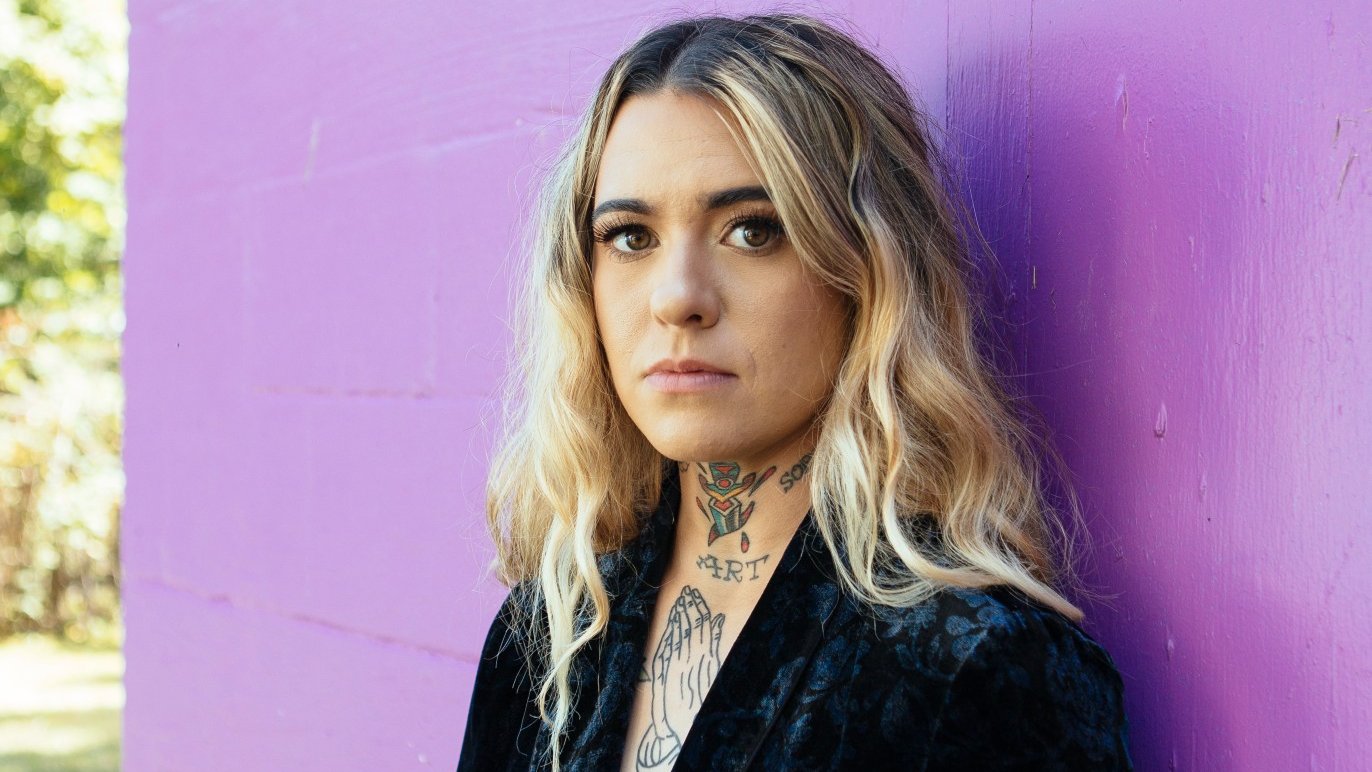 The tattooed-covered songstress is a bit different than the normal Nashville “good girl” looking to make it big. She asserted, “I’m not a Barbie Doll and I’m singing about addiction and stuff that I don’t hear a lot of females singing about. But that’s me and I am not going to try to be something that I am not.”

At 26, Wade confirms she is now four years sober. She stated, “My introduction to music was also my introduction to alcohol. Those first shows you start playing, half the time you are not getting paid, but you get a bar tab. I took advantage of that and alcohol gave me liquid courage to get up and perform.”

At one point she played a show in New York and drank more that evening than she ever had before. When she woke up the next morning with no recollection of the night before, she knew she had to stop.

“I know I’m that person who can’t have any kind of drugs and alcohol. I have an addictive personality,” she confessed.

Wade was fortunate enough to meet Sadler Vaden, longtime guitarist for Jason Isbell & the 400 Unit several years backs. After watching one of her performance videos, he called her up and took her under his wings. “We just clicked and went down to Nashville. He was the first person I ever co-wrote with. Before I met Sadler, I didn’t have a manager, a publicist, I had nothing. When I started working with him that’s when everything began falling in place.“

Wade’s full-length debut Reckless, is a confident rock-and-roll record that introduces a young singer-songwriter who is embracing her strengths and quirks as she continues to ask questions about who she is––and who she wants to be. “This is different than anything I’ve ever done before,” she said of the record. “It’s opened up a bunch of different lanes––and I’m proud of it. A lot of the songs are about figuring out what the hell I’m doing.” Wade pauses, “Maybe record number two will be a little bit more about knowing who I am.”

Wade has released the official music video for “Wilder Days,” a fan favorite that many connect to. It’s the story of meeting a person you really like but at the wrong time. And now here we go / You got me falling in love again/ You gotta secret, I wanna keep it / I wish I’d known you in your wilder days.

With Wade’s sultry-southern accent and Vaden’s rock and roll sensibility, they have created a unique compilation of soul-baring, country-roots tunes that as BroBible states “carries an authenticity into the new-school country music that genre severely lacks.”

Rolling Stone observes that the song, “Last Cigarette,” has an “earworm hook” that “would be right at home with mainstream country’s biggest streaming hits.”

With other memorable tracks like “The Night,” and “Don’t Cry” the artist admits to constant temptation from booze and pills but then she comes full circle as she continues to heal from her painful past.

Like so many, COVID came at a time Wade’s star was beginning to rise. But she saw it as a mixed blessing.

She stated, “I feel like I thrived more during the pandemic and my career has done better by being at home. Personally, I needed a little bit of time to sit.”

Nevertheless, they had to push the record back to March of this year.

“I think having that time to sit and push other things, work on getting my following up. It’s hard to do during a pandemic, but everyone was home sitting on the internet, streaming more music. Honestly, it really helped me,” she said.

Although Reckless was created for radio, the record somehow holds onto Wade’s live-show edginess while she remains true to herself throughout its entirety, a feat that rarely occurs.

The singer/songwriter has a publishing deal with Universal Publishing, but still mostly writes for herself.

Her unique style and honesty are what draw the listener to her music. She asserts, “I don’t know that I set out to be different. I am who I am and I think that I am going to continue to do what I want to. I feel like a lot of people get a little bit of success and try to conform to what they think people want. As long as I stay true to who I am, being authentic, I will always be different.”

Now that people are coming out of the pandemic, she has emerged with more fans than ever and has many shows booked across the country.