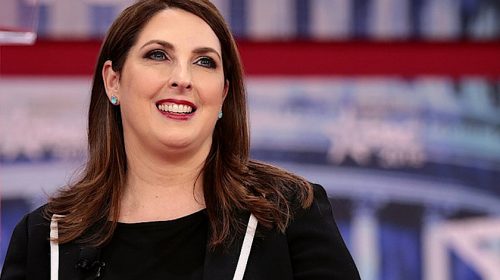 The move widespread criticism, state party was in damage control, and the RNC was not pleased with the decision. RNC Chairwoman Ronna Romney McDaniel joined the second meeting on Sunday night to persuade delegates to allow the religious exemption. According to The Washington Post, McDaniel contacted RPV Chairman Rich Anderson (pictured above) over the weekend to express her concerns. After the state party gaveled in to executive session, the Chairwoman was able to persuade the Delegates to reverse course. The vote was unanimous to allow this exemption. Voters wishing to exercise the religious exemption have to vote on Friday, May 7th, but only after completing a form by Tuesday, May 4th.

Sources who were on the call say Chairwoman McDaniel was cordial and supportive to the committee. One member who participated said “she got on the call to tell us to get our act together.”

After many months of debate, the State Central Committee also made the final decision on the rules of the convention. Due to concerns about election fraud and voting machines, the ballots will be hand counted at a central location in the Richmond metro area, with representatives of the campaigns and their lawyers on site to review the counting. Because of the hand count, it will take multiple days to count every ballot. RPV has agreed to hire private couriers who will seal the ballots and keep them secure. RPV has also agreed to hire an independent auditing firm.

Matt Colt Hall is a reporter for The Virginia Star and the Star News Network. Follow Matt on Twitter at @MattColtHall on Twitter. Send tips to [email protected]