The repeal bill will cancel the Heartland Parkway, connecting Polk and Collier counties. 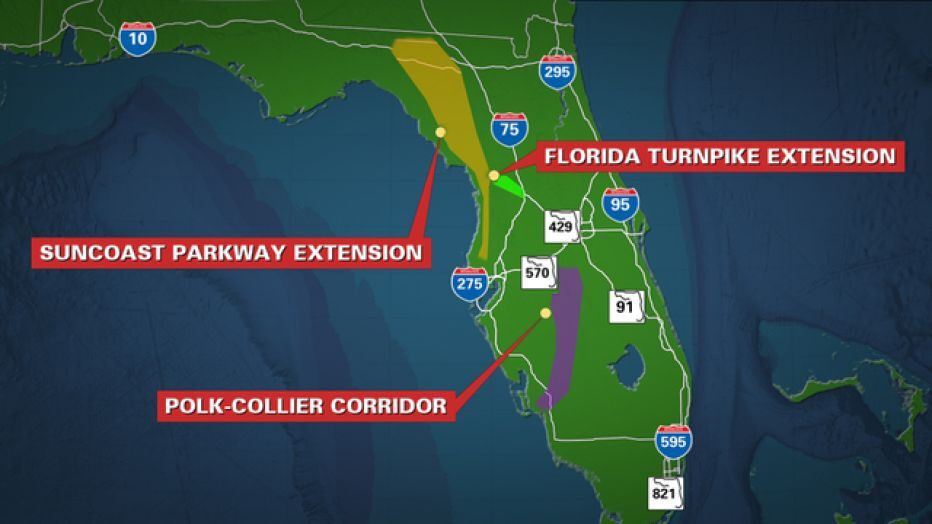 Now, the Suncoast Parkway will head north along U.S. 19 to connect with Interstate 10 in Madison County.

Lawmakers working on the M-CORES project realized the entirety of the infrastructure package was going to be a large financial burden which would prove especially difficult due to the COVID pandemic and reduction is state revenue.

“We realized we could commit future Legislatures to billions of dollars,” said Rep. Ben Diamond (D-68).

The Florida Transportation Builders’ Association said they understand why the legislature would have to be selective in what is prioritized if Florida is going to be prepared for projected increased population growth over the next few years.

“As Florida’s population continues to grow, there will be an increasing number of vehicles traveling on our roads and we will need both new and improved roadways throughout our state to accommodate them,” said Ananth Prasad, FTBA President. “This legislation is a sensible approach to begin addressing this issue. Prioritizing infrastructure investments, as the Legislature has done with the passage of this important bill, is vital to the future success of Florida.”

Environmental and conservation groups in Florida have stood opposed to M-CORES since its inception.

“As the Florida Department of Transportation progresses with road upgrades along US19 and initial phases of a Florida Turnpike Extension from Wildwood as mandated in SB100, FCV will continue to advocate for natural areas, healthy communities, and meaningful public participation in the planning process,” said Lindsay Cross, government relations manager for Florida Conservation Voters. “Since the inception of the disastrous M-CORES toll roads program in 2019, thousands of Conservation Voters and community advocates have submitted public comments, spoken to their state legislators, and urged their local leaders to take action. This successful repeal belongs to the people of Florida and to all of those who tirelessly advocate for our water, wildlife, and rural communities.”

With SB 100, $130 million of unspent state dollars will remain in a transportation trust.

Grant Holcomb is a reporter at the Florida Capital Star and the Star News Network. Follow Grant on Twitter and direct message tips.