After passage in the House, the Tennessee Senate killed a bill protecting drivers who hit protestors unintentionally and heightening charges for protestors blocking roads. The Senate deferred the bill to summer study last Tuesday. Prior to that, the legislation struggled to move forward in the Senate after action was deferred or delayed several times in committee. 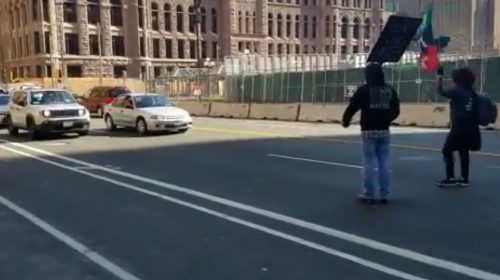 As written, the bill would have rendered drivers immune from criminal charges if they unintentionally kill or injure protestors or rioters blocking roads. No immunity would have been extended to “bad actors” that intentionally hit protestors with vehicles, Assistant Majority Leader Gant told The Star.

The bill would also have made it a Class E felony for protestors to obstruct roads that offer an access to an emergency exit – a mandatory fine of $3,000 and the loss of voting powers. Any individual that disobeys first responders’ requests to move would be guilty of a Class B misdemeanor: up to 6 months in jail and fines up to $500.

Further, any individual who throws objects at others, or intentionally intimidates or harasses one another could be jailed for up to a year and fined $2,500. If a protestor throws an object and injures another, that perpetrator could serve up to six years in prison.

The estimated fiscal impact of the bill would have reflected a $335,000 increase in state incarceration fees.

In the House, votes on the bill fell largely along party lines. Only State Representative John Mark Windle (D-Livingston) voted for the bill.

The only amendment on the bill clarified that the act would be known and cited as the “Law and Order Act of 2021.”