Rutherford County Fire and Rescue officials reported Saturday that health and wellness expert Gwen Shamblin Lara was among seven people who perished when the small private aircraft they were in crashed into Percy Priest Lake outside of Nashville.

In a series of statements, Rutherford County Government updated the public the weekend about the accident.

Dive teams worked to rescue any survivors, but by Saturday evening, officials announced efforts shifted to a recovery mission.

“The debris field is approximately a half of a mile wide,” said RCFR Captain and Incident Commander John Ingle.

“All indications are that a total of seven people were on board,” Rutherford County official said in a media update posted on Facebook. “Family members of all persons believed to be on the flight have now been notified. With the families’ permission, officials are releasing the names: William J. Lara, Gwen S. Lara, Jennifer J. Martin, David L. Martin, Jessica Walters, Jonathan Walters, and Brandon Hannah all of Brentwood, Tennessee. All are presumed deceased.”

National Transportation and Safety Board agents are on the scene and will continue the investigation into the circumstances that lead to the fatal crash.

Gwen Shamblin Lara (pictured above) was a registered dietician with a master’s degree master’s degree in food and nutrition who developed a weight-loss program based on Christian principles.

Her program, “Weigh Down Workshop” launched in 1992. Throughout the 1990’s the “Weigh Down” spread from church to church, and then across the Christian denominations. 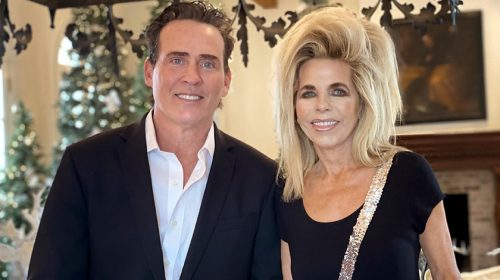 By the end of that decade, while her program was one of the most widely-followed weight loss plans in the U.S., Shamblin Lara founded Remnant Fellowship Church.

In 2002, Shamblin Lara bought 40-acres of land in Brentwood and donated it to Remnant Fellowship Church. Two years later, the newly-built house of worship opened its doors; and in 2006, Lara donated the entirety of the “Weigh Down Workshop” to the Church.

Gwen Shamblin Lara and her husband Joe Lara are survived by their three children and eight grandchildren.