As was reported by The Minnesota Sun, June 5 through June 8 was the “Treaty People Gathering” where activists from around the country gathered to oppose the Line 3 project. The protest garnered national attention with activists coming from as far as New Hampshire.

The Northern Lights Task Force statement also stated that, “As law enforcement got into areas where protesters had been, damage was observed, and debris and litter were left behind.”

Comments on the Northern Lights Task Force post from a man named Dennis Daily who shared some photos of the areas the protesters occupied indicated that the protesters removed barriers and signs that were in place to protect the environment. 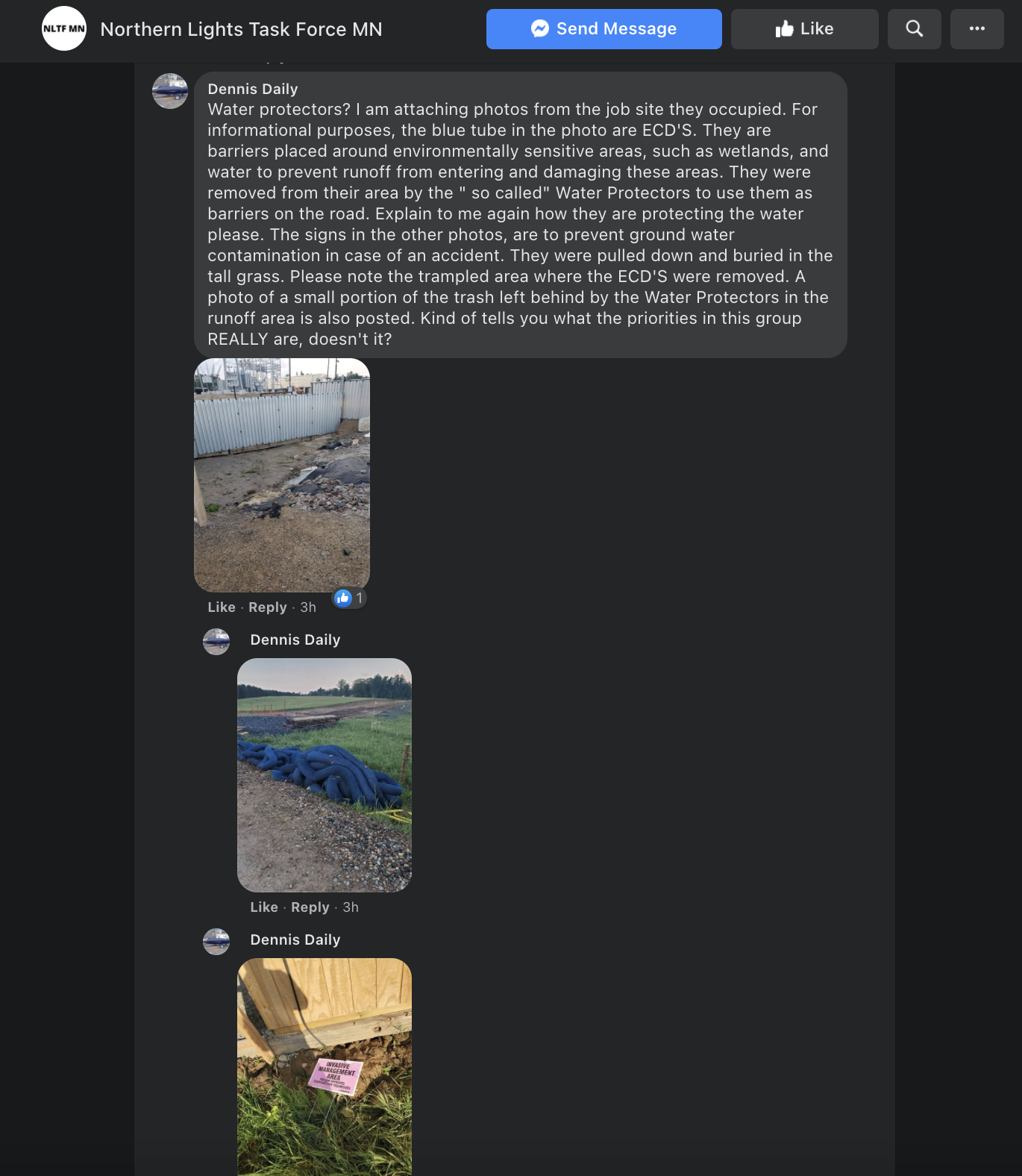 The Hubbard County Sheriff Cory Aukes said that 43 workers at the Enbridge Energy Line 3 pump station were trapped inside the site when protesters locked them in. The workers were later evacuated from the scene.

As was reported by The Guardian, protesters “had chained themselves to construction equipment and barricaded a road to a construction site off Highway 71 north of Park Rapids with an old fishing boat and other obstacles.”

The Northern Lights Task Force shared that 179 people were placed in local detention centers after the civil unrest that took place, while an additional 68 were just issued citations.

Hayley Tschetter is a reporter with The Minnesota Sun | Star News Network and The College Fix. She graduated with a degree in Communications from the University of Northwestern-St. Paul. Send news tips to [email protected]
Photo “Line 3 Protesters” by Northern Lights Task Force MN.