FRANKLIN, Tennessee – After around 1200 hours of investigation, a parent-led deep dive team uncovered how a widely-used English curriculum in Tennessee pushes narratives on history and introduces K-5 students to a range of concepts such as Critical Race Theory, suicide ideation, gender fluidity, alcoholism, promiscuity, torture, cannibalism, and more. The curriculum, Wit and Wisdom, offers social-emotional learning (SEL) and was produced by the organization Great Minds. It is approved for use in 33 counties.

Moms for Liberty (MFL) Williamson County Founders Robin Steenman and Lori Friedheim presented their team’s findings on Tuesday during their public event, “Let’s Talk Wit and Wisdom.” The group gave attendees packets with comprehensive reviews on the Wit and Wisdom books and teacher manuals. MFL explained that these reviews are works in progress. Up-to-date versions of their reviews of these curriculum materials are available here. The Wit and Wisdom K-5 curriculum is divided by grade and then by module. 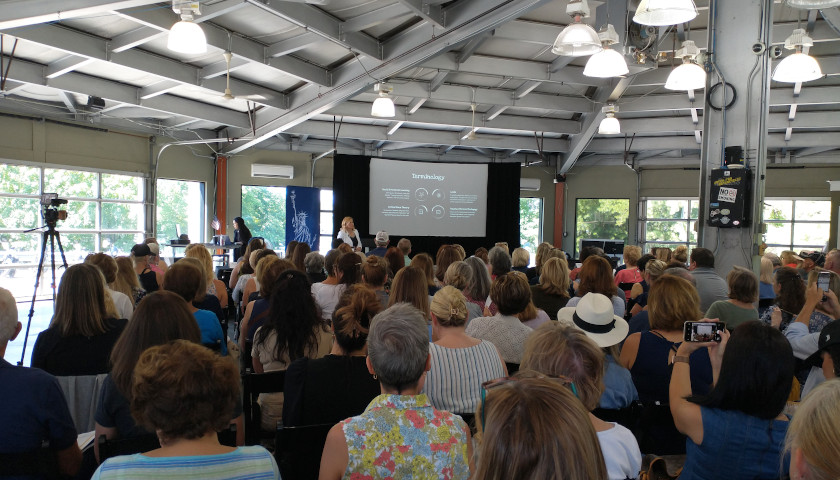 At the start of the presentation, Steenman outlined 9 common themes and ideas that their deep-dive team recognized in Wit and Wisdom: suicide ideation, condemnation of White people, displays of extreme emotion, cannibalism, opposition to the nuclear family and America, dark imagery, graphic death, and age-inappropriate content such as alcoholism and promiscuity. Steenman walked the audience through examples of those ideas grade by grade, using the book reviews compiled by their deep dive team.

Steenman explained that the negativity and darkness affects students’ perspectives of themselves, their families, and their country. She showed the audience several photos of students after exposure to Wit and Wisdom curriculum. One tearful child faced the camera with an agonized expression; another, her back to the camera, was slumped forward on the beach with her head hung low.

Steenman also remarked on how the teacher manual includes warnings about some of the material being presented to students.

“I would submit: why have this book if it has all the warnings?” asked Steenman. “There’s a lot of beautiful literature out there. Pick something from that pile.”

In the second half of the presentation, Friedheim offered an analysis of the implicit messages within the Wit and Wisdom curriculum. She focused on how second graders are required to spend 9 weeks on the concept of injustice, with one of the ultimate goals for these students to pair the concept with vocabulary words like “protest,” “refuse,” and “marching.”

Friedheim pointed out that school policy prohibits materials using incorrect grammar. She then presented a copy of one of the class handouts for the second graders learning about injustice: the protest song, “Ain’t Gonna Let Nobody Turn Me Around.”

Then, Friedheim discussed one of the curriculum books, Separate Is Never Equal, which discusses the segregation and discrimination of Mexican children by White communities. She noted that the teacher manual instructs educators to read this book aloud to children because of its complexity.

“Why are we giving second graders books that are way out of their lexile range for them to read?” asked Friedheim.

Lexile serves as a numeric representation of an individual’s reading level. 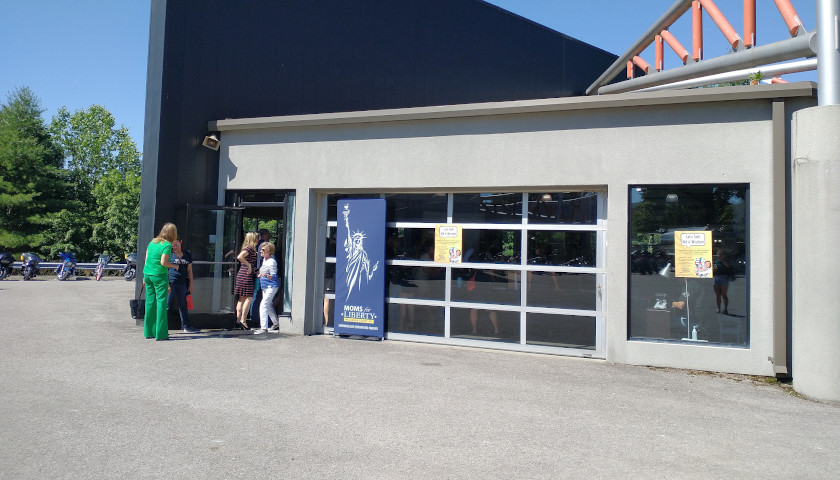 Another in-class handout discussed showed photos of the violence that occurred during segregation protests in the 1960s, when fire hoses were turned on Black protesters.

“Without seeing all the teaching materials involved in this module, one cannot begin to grasp the high level of manipulation being inflicted upon the young minds of impressional second graders who do not yet have the maturity or capacity to think critically or enough knowledge of U.S. history and experience to provide adequate context to the narrowly-focused Wit and Wisdom lessons,” stated Freidheim.

Steenman and Friedheim finished their presentation with a question for the audience to consider: does some of the Wit and Wisdom material violate Tennessee’s new Critical Race Theory ban? Specifically, they highlighted the third module books and materials for second graders.

MFL invited the entire Williamson County Schools (WCS) Board of Education to “Let’s Talk Wit and Wisdom;” at the front of the room, MFL reserved a long table with paper name plates for each board member. The Tennessee Star spotted board members Jay Galbreath and Candy Emerson in attendance at the back of the room. No board members sat at the table.

Wit and Wisdom wasn’t the only curriculum that received failing grades but was adopted by TDOE regardless. This behavior prompted the Tennessee General Assembly to strip Tennessee Education Commissioner Penny Schwinn of her textbook commission voting powers and her ability to grant waivers for unapproved books and materials.

It was in early March of last year that the WCS Textbook Adoption Committee reportedly recommended Wit and Wisdom. By the end of that month, WCS Board of Education adopted the curriculum unanimously.

As the meeting dispersed, Steenman asked attendees to consider going to the WCS board meeting next Monday at 6 p.m. CST.