A Nashville composer canceled for condemning last year’s riots shared with The Tennessee Star his thoughts on reversing cancel culture and restoring unity. Following an outcry from the public, Daniel Elder was dropped from his publishing company and effectively blacklisted after decrying the riots following George Floyd’s death.

“Enjoy burning it all down, you well-intentioned, blind people. I’m done,” wrote Elder on Instagram. Shortly after his post went viral, he deleted all of his social media pages.

After about a year of reflection while handling the cancel culture aftermath, Elder was able to offer insight on defeating cancel culture and the pathway for true unity. 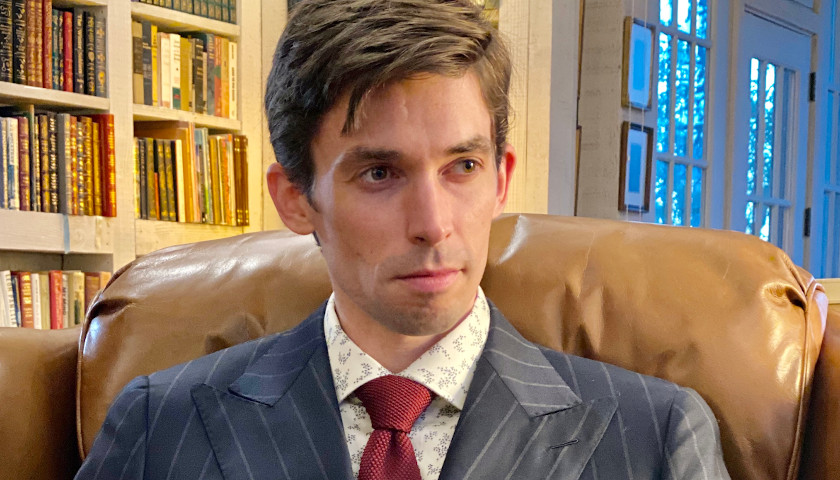 Elder discussed with The Star how the media had full control over the public’s response to George Floyd’s death.

“I wish the media hadn’t stoked emotions the way they did,” shared Elder. “Trying these things in the court of public opinion is not the type of value our society was founded upon. With a different approach, much destruction and loss of life could have been avoided.”

The Star asked Elder how the tendency for social media to instigate cancel culture mobs could be curbed. Elder relayed that it would be a difficult task in the current state of our culture, again emphasizing the importance of media using its influence justly.

“An antidote to the damage of social media will be hard to find and harder to disseminate. We have created a crisis of tribalism and a fracturing of reality itself,” observed Elder. “If we are to remain one society and one nation, we must attempt to reconcile on our Tower of Babel. I see it as a critical responsibility of news outlets to commit to objectivity and cease to cater to their target bases.”

Elder explained that the blows he faced from being canceled were softened by some unlikely communities.

“Classical liberals provided a soft landing from my fall, helped me reorient my liberal values, and perhaps most significantly, encouraged me to rebuild bridges with conservatives. Being demonized by the hard left has made these two groups unexpected bedfellows, and in this period I’ve witnessed an inspiring harmony between them,” said Elder. “I’ve realized that what makes me socially liberal – and a successful artist at that – is my valuing that open exchange of ideas and, putting that into practice, I’ve been astounded at how much more I share with conservatives than the media would have me think, especially in recent years. I may still lean slightly liberal but I feel warmly welcomed in the conservative camp. And I believe in this experience lies a roadmap towards unity.”

Within hours of Elder’s post going viral, GIA Publications reached out to Elder. Their editor said that she understood the intention of the post, but that was a moot point. They offered Elder a prewritten apology letter for him to post.

“I understand what your intention was with your post, but others don’t know you personally or understand your point of view,” wrote the editor. “This is obviously just what we think could be the right thing to do. We know that you write music that promotes social justice. We know your character, but others who don’t know you personally don’t and won’t and can’t understand. We’re feeling time pressure on this as some people are calling for ‘boycotts of GIA and JW Pepper.’ It’s all very heavy.”

A little over an hour later, GIA revealed to Elder that they would release a formal statement condemning his post the following day. Elder told The Star that he didn’t have an opportunity to respond to their initial email.

“It really drove home the realization that I wouldn’t be spared anything by prostrating myself,” said Elder.

In their statement, GIA didn’t address the issue of the ongoing riots. GIA shared with Elder that they consulted “some members of the black community” to draft the statement.

The views expressed in composer Daniel Elder’s incendiary social media post on Sunday evening do not reflect the values of GIA or our employees. GIA opposes racism in all its forms and is willing to do ‘the honest, uncomfortable work of rooting it out’ (Michelle Obama, May 29). Therefore, we will suspend future publishing with Daniel until he takes steps to publicly and appropriately address this situation. We are grateful to those who brought this to our attention and to all who continue to hold individuals and organizations to account.

Before closing the email notifying Elder that they were ceasing all future work with him, the editor expressed her deepest sympathies.

“Again, my heart is with you, and I’m hoping for all the best,” wrote the editor. “Lean on your wife tonight and get some rest.”

Although GIA won’t work with Elder in the future, they retain copyrights to about two dozen of his previous works. Elder characterized this new arrangement with GIA as awkward. However, he doesn’t believe that members of their company should face any sort of cancel culture repercussions for their decision to distance themselves from him.

“I hope all those inspired to fight cancel culture join me in leading by example,” said Elder. “It is my fervent wish that GIA’s executives and staff not be harassed or threatened outside their professional capacities – mirroring my experience onto others will only perpetuate this addiction to mob justice.”