PHOENIX, Arizona – Thursday, the Arizona House passed tax reforms to implement a flat tax rate and reduced income tax during the ongoing debate over the budget. With it, they ushered in a $1.9 billion tax cut and lowered taxes to about 2.5 percent. 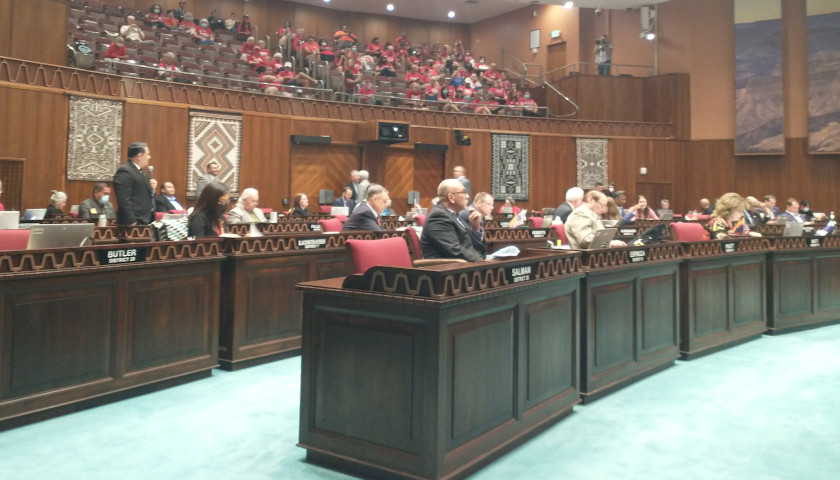 House Speaker Pro Tempore Travis Grantham (R-Gilbert) presided as the House convened once again to discuss the budget. As The Arizona Sun Times reported, House Democrats staged a walkout on Tuesday in protest of the budget.

Following that, the Senate passed their version of the budget. In it, the Senate barred the teaching of Critical Race Theory in K-12 classrooms, prohibited COVID-19 vaccine mandates in higher education, and established a $12 million election integrity fund. Then on Thursday, they took an unprecedented step and voted to override Governor Doug Ducey’s veto on SB1850, a bill making technical revisions on legislative text.

House Speaker Rusty Bowers (R-Mesa) lamented the inability of House members to get the budget passed.

“I would ask us all: it may really be tough, but could we contemplate growing up and shouldering the responsibility together and think of [us] together [as] more than individual[s] and pass a budget?” asked Bowers.

“I would ask us all, it may really be tough, but could we contemplate growing up and shouldering the responsibility together and think of together more than individual and pass a budget?” –@SpeakerBowers after @AZHouseDems refused to show up to vote Tuesday. #AZleg pic.twitter.com/4XKzUbXi7i

Solidarity with @AZHouseDems who are spitting fire 🔥 right now as the @AZHouseGOP tries to silence their voices, limit public access and pass a budget that will decimate public schools and public services while giving billions of $ back to the ultra-rich. #AZLeg #aeabudgetwatch pic.twitter.com/GowLAsqjL5

The deadline to pass the budget is in less than a week – June 30.