WELLINGTON, Ohio – Former President Donald Trump will be delivering remarks at his first post-presidential rally Saturday, June 26 at the Lorain County Fairgrounds in Wellington, Ohio, about 40 miles southwest of Cleveland.

About 24 hours prior to the 7 p.m. start of the rally on Saturday, Wellington with its many Victorian-style homes and historic structures on the square was relatively bustling for a village of about 5,000 people.

Meanwhile, the Lorain County Fairgrounds, home to Ohio’s second largest county fair, had a relatively sparse number of people getting ready for the next day’s event. 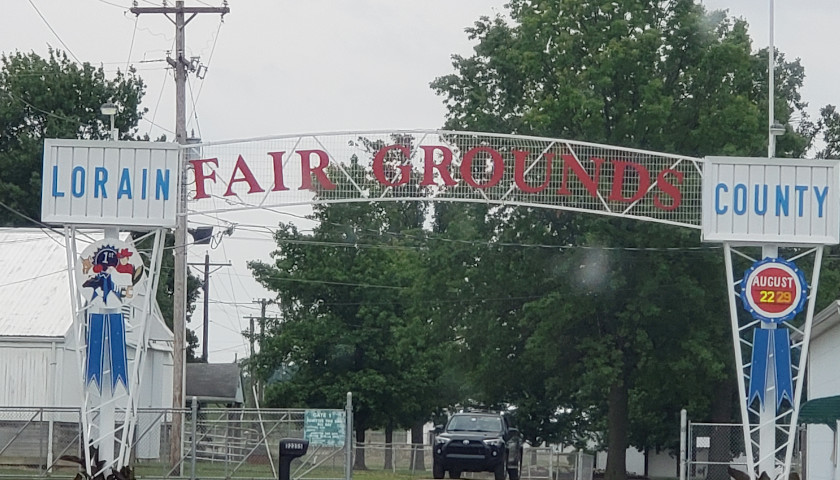 It appeared that much of the heavy lifting had already been completed – hundreds of folding chairs, bleachers, jumbotrons and, of course, the stage where President Trump will deliver his remarks, in the middle of an open field, all surrounded by bicycle barriers. 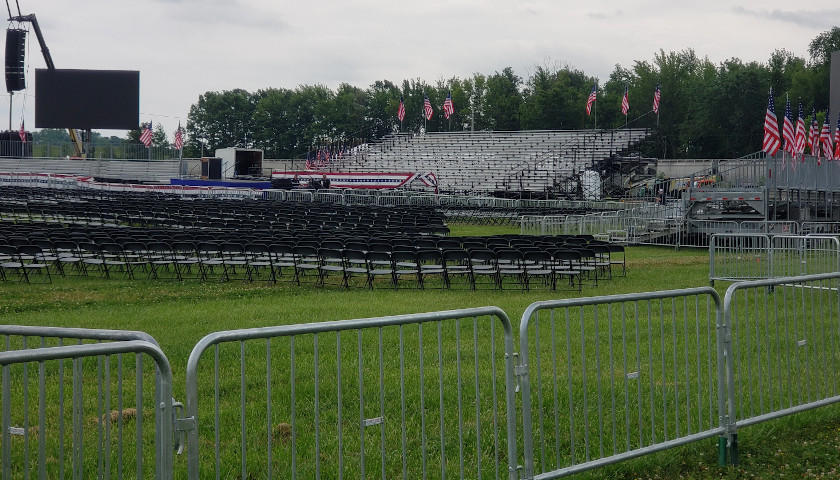 About two dozen people were being escorted around as they were being trained on instructions for parking.

Organizers said they are planning for a wide range in the number of attendees, which could become a bit of a logistical challenge.  There is only one, somewhat narrow road leading in to the actual fairground area.

LED signs were already installed on a state road, one of the more major routes coming from the south into Wellington, as far as 10 miles away advising travelers to expect high traffic volume. 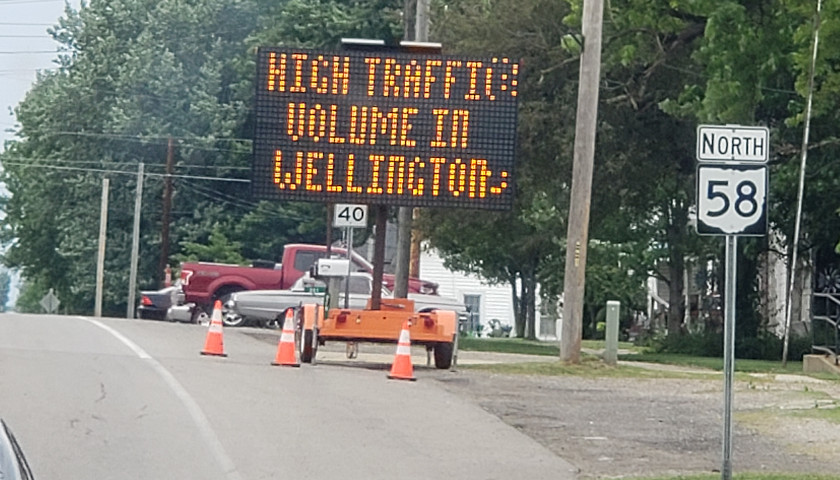 Barriers were set out on street corners, ready to close off traffic on local roads adjacent to the fairgrounds.

Some travelers advised that there were no rental cars available at any of the area airports, including Cleveland, Akron and Columbus, Ohio as well as Pittsburg, Pennsylvania, which is about 160 miles away.

The free, but first-come first-served event is sponsored by Save America PAC which hit $85 million in 2021 first quarter fundraising – $23 million more than the RNC and DNC combined.

Trump told supporters that donating to the Save America PAC instead of the RNC will help the America First movement, rather than it being “completely wasted by people that do not have the GOP’s best interests in mind.”

“We will WIN, and we will WIN BIG!” Trump promised.

The June 26 Save America rally is billed to be “President Trump’s first of many appearances in support of candidate and causes that further the MAGA agenda and accomplishments of President Trump’s administration.”

“Max Miller is a wonderful person who did a great job at the White House and will be a fantastic Congressman,” Trump said when he endorsed Miller in February.

“He is a Marine Veteran, a son of Ohio, and a true PATRIOT.  Current Rep. Anthony Gonzalez should not be representing the people of the 16th district because he does not represent their interest or their heart.  Max Miller has my Complete and Total Endorsement!”

I’m excited to welcome President Donald J. Trump back to Ohio on June 26.

Mr. Trump has made it his mission to DEFEAT RINO Anthony Gonzalez.

That’s why I am honored to have the President’s endorsement.

Meanwhile, the incumbent Gonzalez was one of 10 Republican congressman, but the only one from Ohio, who voted in favor of Trump’s second impeachment for the charge of incitement of insurrection following the January 6 Stop the Steal rally in Washington, D.C.  Gonzalez’s vote earned him a censure and a call for his resignation from the Ohio GOP.

Trump’s next rally is scheduled for Saturday, July 3 at 8 p.m. at the Sarasota Fairgrounds in Florida.

Laura Baigert is a senior reporter at The Star News Network, where she covers stories for The Tennessee Star and The Ohio Star.