WELLINGTON, Ohio – The 45th President of the United States Donald Trump told The Star News Network in an exclusive interview after a rally at the Lorain County Fairgrounds on Saturday, “There’s no more important issue than the 2020 election.”

“People ask about the 2022 and 2024 elections, but we can’t wait until then,” Trump said, referring to policies and decisions by the Biden administration he said is leading to the destruction of the country. 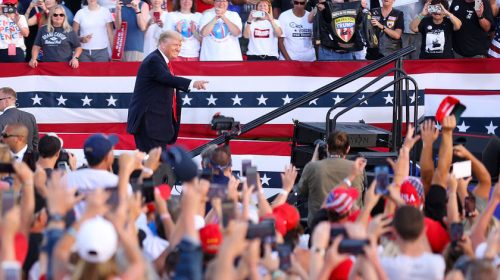 Saturday’s campaign rally was Trump’s first since leaving the White House in January.  It was sponsored by Save America PAC, which will support U.S. House and Senate candidates with an America First agenda.

This first event was to promote and support the candidacy of Max Miller, who is challenging fellow Republican Rep. Anthony Gonzalez to represent the people of Ohio’s U.S. House District 16.  Gonzalez was one of 10 House Republicans who voted in favor of Trump’s second impeachment.

About 10 days before the rally, Trump recognized a breaking news report by The Georgia Star News, part of The Star News Network, that a Fulton County election official admitted that absentee ballot chain of custody documents were missing.

“Thank you and congratulations to Laura Baigert of The Georgia Star News on the incredible reporting you have done.  Keep going!  The scam is unraveling fast,” Trump said in an emailed statement.

Following the raucous rally attended by an estimated 15,000, the former president invited The Star to accompany him to the Lorain County Regional Airport for an exclusive interview. 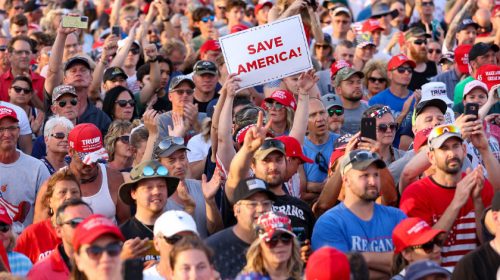 Trump said he thought it was a much better idea to do the interview during the ride, even better than coming up on stage, he said, “which would last 32 seconds.”

As the motorcade exited the fairgrounds, Trump said that the biggest issue facing Americans now is getting to the bottom of what happened with the last election cycle.

“There’s no more important issue than the 2020 election,” Trump said.

Known for being in touch with his supporters, he observed, “The thing that the people responded to the most [at the rally] was the 2020 election.”

Trump also pointed out, “If people really thought we lost, they wouldn’t come out like they did.”

He alluded to a poll he saw where 92 percent of people don’t believe the outcome of the election.

He mentioned that the results from Arizona are expected next week, and gave credit to the senators who had the courage to do an audit. 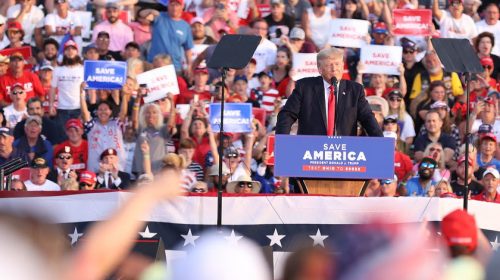 The recently announced audit in Wisconsin was also of interest to Trump, as are the lawsuits in Georgia and The Star News reporting on chain of custody of absentee ballots from drop boxes in Georgia.

He said that in the other swing states, “it’s going to be up to the people” to make something happen.

He asked about The Georgia Star News and how long I had been there.  I responded with a history of the initial launch of The Tennessee Star 2017 and the subsequent launch of a family of publications by The Star News Network into eight swing states, the most recent being Arizona.

Trump was very complimentary, saying The Star News’ reporting was “the most technical” and “the best.”

At one point during the half-hour ride, Trump asked if it was safe enough, humorously pointing out the security detail with its flashing red and blue lights both in front and in back of us.

Always one to keep an eye on the media, Trump rattled off how each of the major television networks are performing lately.  In speaking of CNN’s plummeted ratings, Trump said “it’s unheard of.”

During the lively conversation, Trump not only shared his thoughts, he asked for opinions and was very gracious throughout not just to me, but in his evaluation of others.  It was also obvious that he had a good relationship with those around him, like security team members, asking for their thoughts, opinions and input, as well.

After indulging a request for an autograph of a printed copy of his statement, Trump departed the SUV for the awaiting airplane, telling the driver and security team member to make sure I was taken care of.

Laura Baigert is a senior reporter at The Star News Network, where she covers stories for The Tennessee Star, The Ohio Star and The Georgia Star News.