NASHVILLE, Tennessee-  Until I started writing this column, I had no idea of Canadian musicians’ influence on the country music industry. Country music is as big in Canada as it is in America. Tebey is a prime example.

Now a Nashville resident and Ontario, Canada native, Tebey, is a platinum-selling artist, award-winning producer, and accomplished songwriter with six #1 songs in his repertoire of hits. His much-mispronounced name (read: TAY-bay) is of Nigerian descent – his father’s birthplace, but Tebey grew up in the small town of Peterborough and went to high school in Burlington. 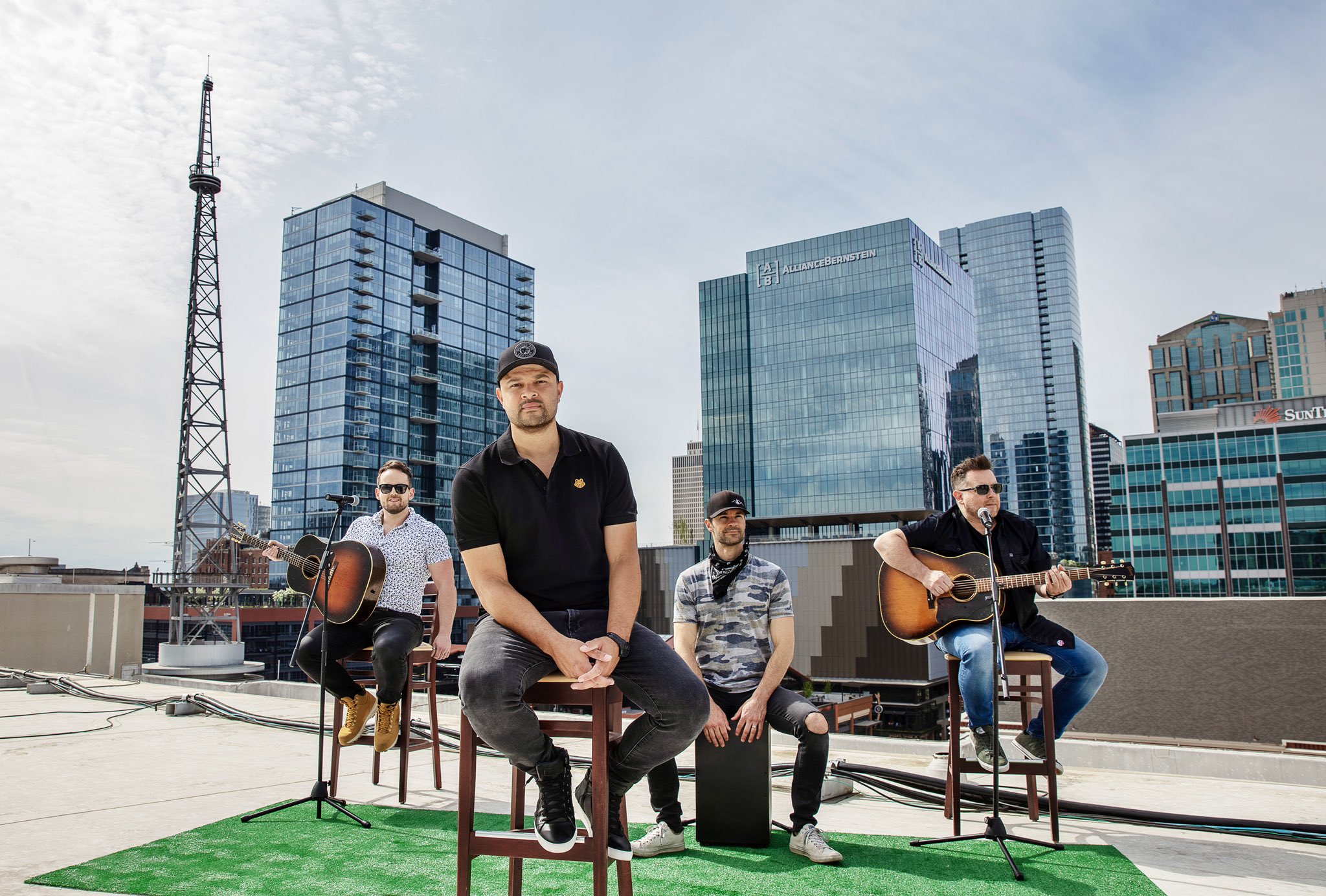 “I grew up listening to all different kinds of music. I’ve always loved everything. Both my parents were big country music fans. And they introduced me to it,” he said.

He had CDs of Alan Jackson and George Strait right next to Boyz II Men and Nirvana. He exclaimed, “A great song is a great song.”

While enjoying simultaneous success on the football field, he and his father decided to move to Nashville in his mid-teens to pursue his music career, while his mother stayed back in Canada to care for Tebey’s brother and sister. This bold move paid off when Tebey signed to BNA Records Nashville (RCA Label Group) in 2002.

Even though he moved to Nashville at the age of 16, he would spend the first semester of high school in Canada playing football then worked on his music career in the spring. He was a talented football player with multiple scholarship offers.

Tebey is now a prolific songwriter, producer, and artist. He is no stranger to success. His single “Happened on A Saturday Night” was recently certified Gold closely following the Platinum certification of his perennial hit “Denim on Denim.” He has over 50 million career streams to date, multiple CCMA nominations, and his recent album The Good Ones reached #2 on iTunes Country Album Chart and #4 iTunes All Genre Album Chart. Tebey also has Four Top 5 radio singles, Four Top 10 singles and Five Top 20 singles as a recording artist, and 6 #1 songs as a songwriter including “Somebody Else Will” by Justin Moore, “Dive Bar” by Gord Bamford, his own Gold and #1 single “Who’s Gonna Love You” and UK’s Pixie Lott with her Brit Award-nominated single “All About Tonight”.

Although he is a capable and talented singer in his own right, he states, “Anytime that a big artist wants to record one of my songs, I’m going to give it up because it’s so lucrative financially. Having a number one is pretty incredible. They say Nashville is a ten year town and it’s true. It took me a little bit over 10 years to have my first career country number one.”

On the production side of things, Tebey works with Emmerson Drive’s Danick Dupelle. “We kind of do most of our stuff together. It’s a great collaboration,” the singer said.

Even with all his success as a songwriter and producer, performing is still Tebey’s favorite part of being a country music artist.

“Being up on stage and having people sing the lyrics back to you is why we create music. It’s great to hear your songs on the radio, but being up there on stage is what it is all about,” he said.

His latest single, “Song of the Summer” highlights the Canadian country star’s strong vocals as he harmonizes with Irish country/pop sensation and former member of the multi-platinum UK band The Saturdays, Una Healy about an unforgettable summer love.

The “Song of the Summer” music video was directed by Sean Cartwright and produced by The Field. The video was creatively shot in three different locations with Tebey overlooking Nashville, Tennessee, Healy in the breathtaking hills of Wicklow, Ireland, and a young couple dancing throughout Toronto, Canada. The video captures a couple’s summer romance and the reminiscence of a love that will never be forgotten.

He said of the song, “No matter what age you are what city you grew up in, there is always a song of the summer that takes you back to a certain place or time. It means so many different things to so many different people. That’s why they are going to relate to it.”

Additionally, people today are more willing to embrace all kinds of music more than ever before.

Tebey stated, “At the end of the day it’s all about the song. People shouldn’t be ashamed if they like country music or hard rock. It’s a great time for music. Having all the streaming services and the way that people access their music is changing the game because people can listen to whatever they want, all the time. They have the ability to find music that they never would have known before.”

Tebey currently has his own label, Jayward Artist Group that is housed underneath the Sony umbrella. In the past, he had few publishing deals, but is now is publishing on his own.

“If you can hold on and own your music, you are in much better shape,” he explained.

In addition to being an award-winning songwriter, producer, and artist, Tebey is known for his support of charities advocating for mental health outside of his passion for music. It is anchored by his annual Tebey Golf Classic fundraiser in Peterborough, Ontario which occurred June 24.

Now that the pandemic winding down, Tebey is an artist to watch as he consistently keeps getting better and better in every area of his craft. Whether written for someone else or performed by him, his songs have themes and lyrics to which a wide variety of fans can relate. Keep an eye out for Tebey because he has the Midas touch and everything he does turns to gold.