The first street in the United States to be named after a “Drag Queen” will be located in Nashville, Tennessee, naming the road “Bianca Paige Way.” 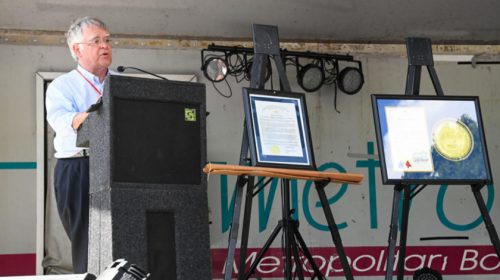 The city held a dedication ceremony on Saturday after the measure was approved by the Nashville metro council earlier last week.

The road was named after Mark Middleton, a biological male who was a female impersonator under the name “Bianca Paige the Pantomime Rage” (pictured above).

Middleton performed throughout the 1980s. He passed away in 2010 after a battle with HIV/AIDS.

The decision comes after “drag queens” have been at the center of controversial “Drag Queen Story Hours,” where men – dressed in full stage make-up and wardrobe – have read books to young children at local libraries.

Nashville Mayor John Cooper celebrated the move. “Today, I joined so many to celebrate and honor the life of Bianca Paige, a Nashville legend. The first street in America, named after a drag performer, is right here in our city” he said in a tweet.

Today, I joined so many to celebrate and honor the life of Bianca Paige, a Nashville legend. The first street in America, named after a drag performer, is right here in our city. pic.twitter.com/85G2oA3u6B 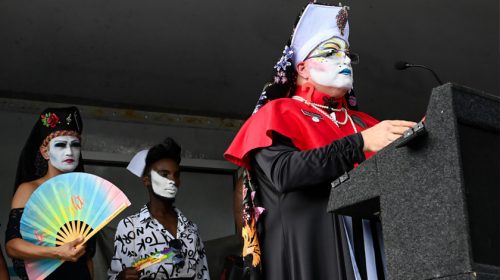 This is not the first time Nashville’s elected officials have catered to the far-left of their constituency. Earlier this month, the Metro Council approved a permit by activists to repaint a 350-foot mural dedicated to Black Lives Matter (BLM), a movement with ties to Marxism.

The move was aimed at celebrating the federal government passing a law to make Juneteenth a federal only — an idea originally discussed under President Donald Trump.

The origins of the Juneteenth celebration are rooted from the date in 1865, when enslaved Black people in Texas finally heard that they had been freed under the Emancipation Proclamation — legislation that President Abraham Lincoln had issued more than two years earlier.