With just over a week’s notice, an overflow crowd attended the first rally featuring former President Donald J. Trump since he left the White House in January 2020.

Enthusiastic supporters were lined up at least 8 hours in advance of the 2 p.m. gate opening time, where they waited in the summer heat under partly sunny to sunny skies with temperatures reaching in the mid-eighties.

Here are some scenes from the Lorain County Fairgrounds in Wellington, Ohio on Saturday, June 26.

Eight hours before Trump was scheduled to begin his remarks, supporters were streaming in from where they had parked their vehicles toward the entry gate, passing vendors selling a variety of Trump memorabilia. 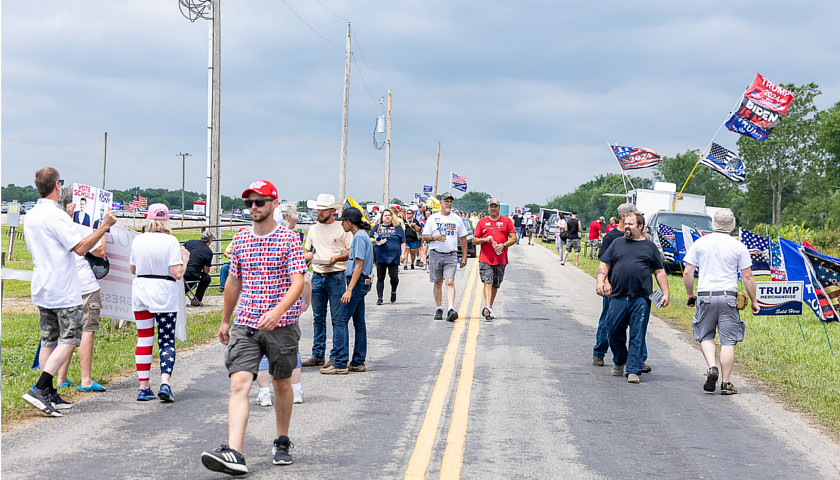 A Wellington, Ohio native who showed horses as a young girl at the Lorain County Fairgrounds and was joined by her two sisters as well as two friends was decked out in Trump gear, while their pick-up truck displayed an American, Trump and 1776 We The People flag as they tailgated before the start of the rally. 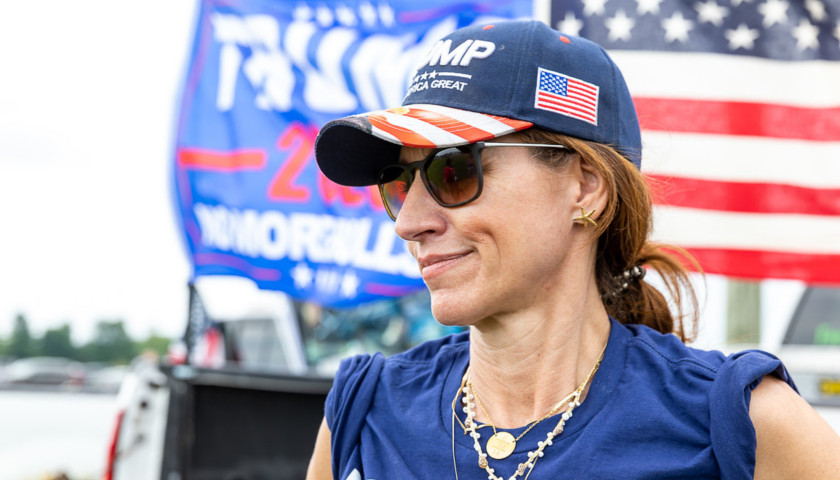 The Trump Unity Bridge made the trek from Michigan. Owner Rob Cortis repaired the float after it was stolen and vandalized in Oklahoma in August 2020. 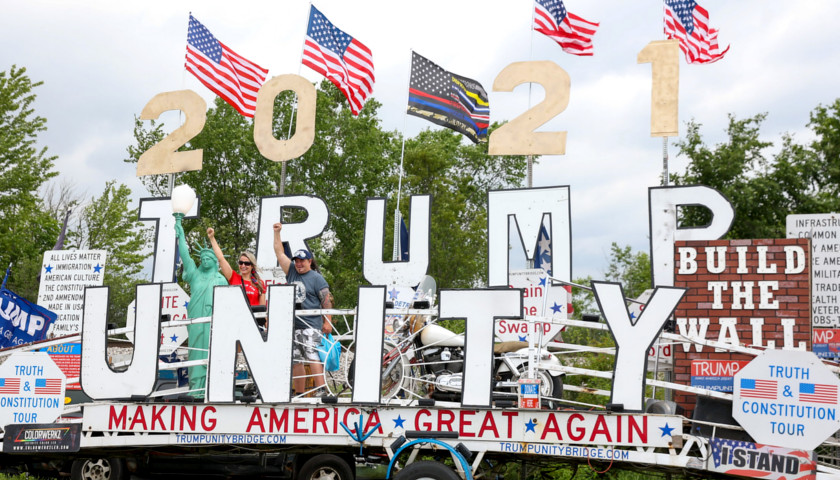 Mike Lindell, MyPillow inventor and CEO, Trump supporter and creator of two documentaries on 2020 election fraud was on the scene mid-afternoon much to the delight of many of the attendees.  Lindell was very gracious, visiting with fellow Trump supporters and posing for countless selfies. 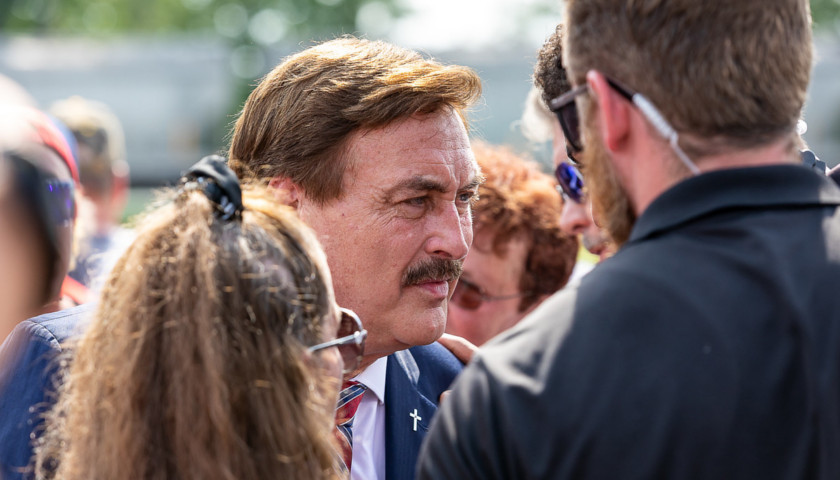 Jim Renacci, former member of the U.S. House of Representatives from Ohio’s 16th District from 2011 to 2019, announced June 9 that he is seeking the Republican nomination for governor of Ohio against current first-term Governor Mike DeWine. 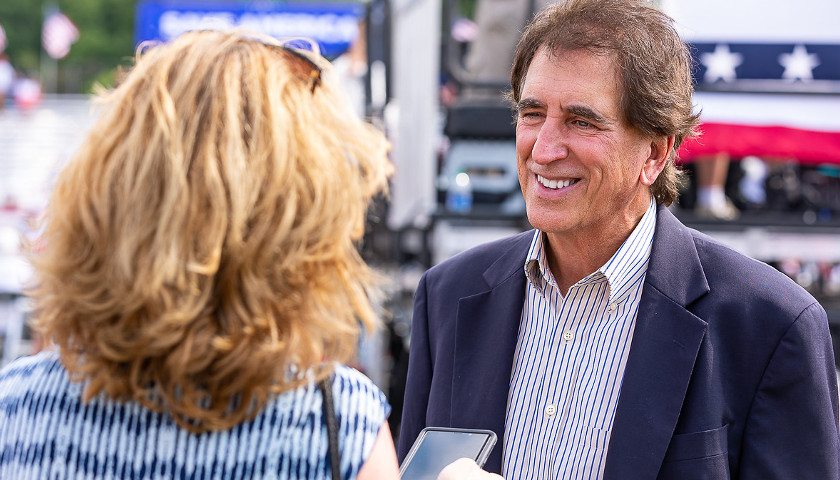 An outspoken supporter of President Trump and a favorite Ohio Congressman from the 4th District, Republican Jim Jordan arrived before the remarks he was to deliver as part of the warm-up for Trump, for which he received an enthusiastic standing ovation. 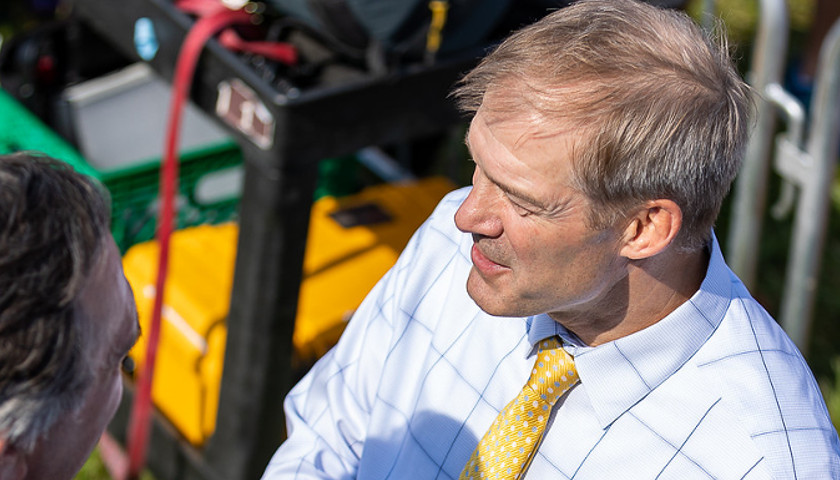 Waiting behind the stage for Trump to deliver his remarks, Star News reporter Laura Baigert waits among the Secret Service detail for her chance to interview President Trump. After wrapping up his appearance in Wellington, Trump invited Baigert to ride with him and conduct an exclusive interview on the way to the airport. 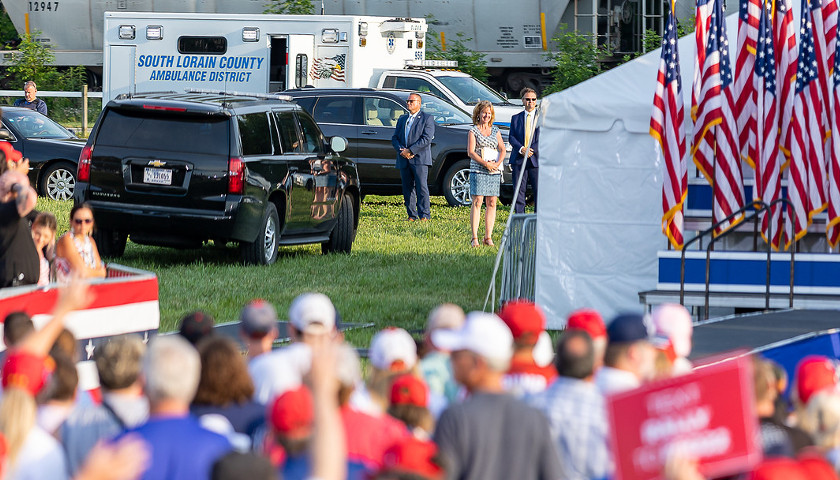 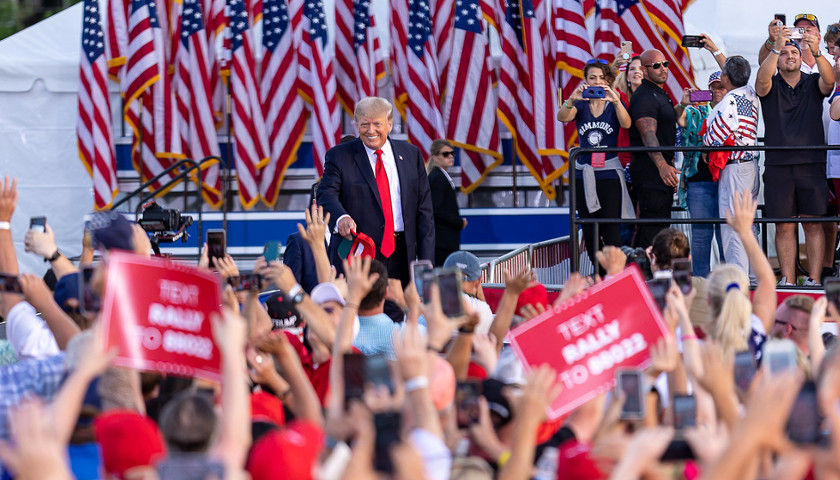 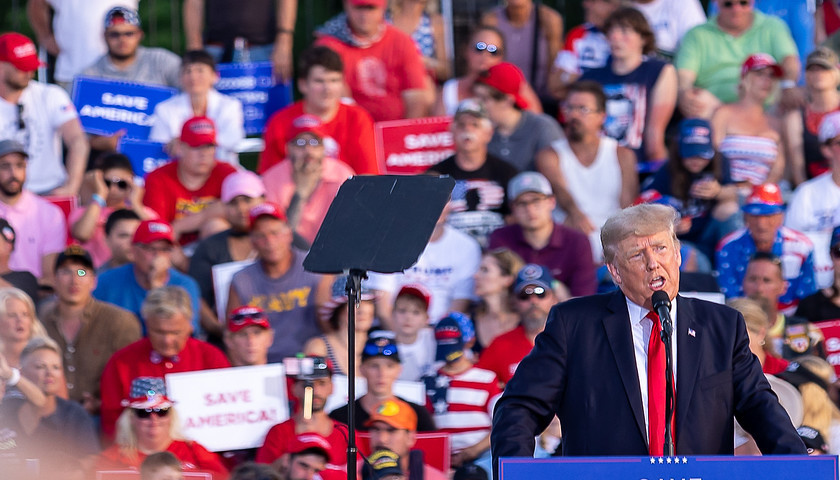 Trump addressed the serious issues of the November 2020 election and contrasted the successes over his four years in the White House to the failures of the Biden administration, interspersed with his well-timed sense of humor. 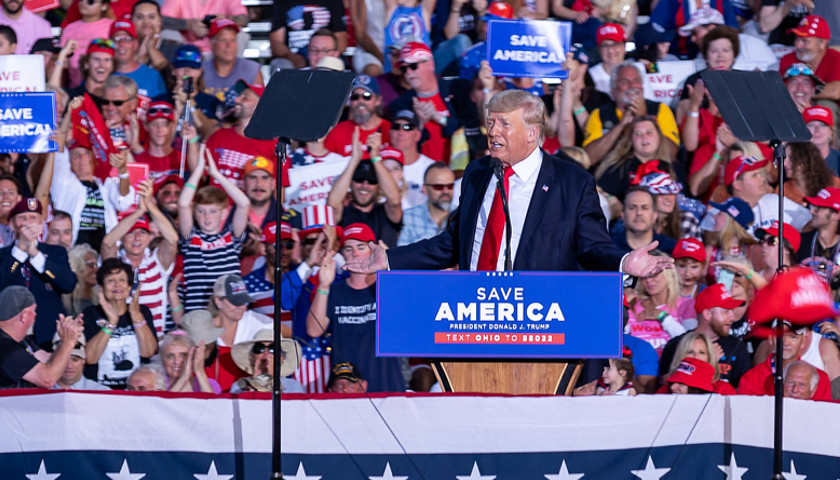 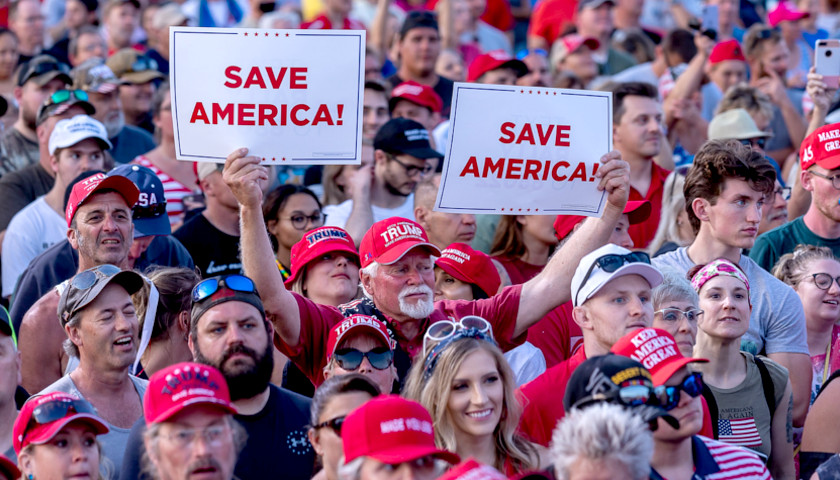 After nearly one and a half hours, Trump offered hope and inspiration in the conclusion to his remarks.

My fellow Americans, our movement is far from over.  In fact, our fight has only just begun.  We are one movement, one people, one family and one glorious nation under God.  So with American pride in our hearts and American courage stirring in our souls, I say these words to you tonight:  \

We will make America powerful again.

We will make America wealthy again.

We will make America strong again.

We will make America proud again.

We will make America safe again.

And, we will make America great again! 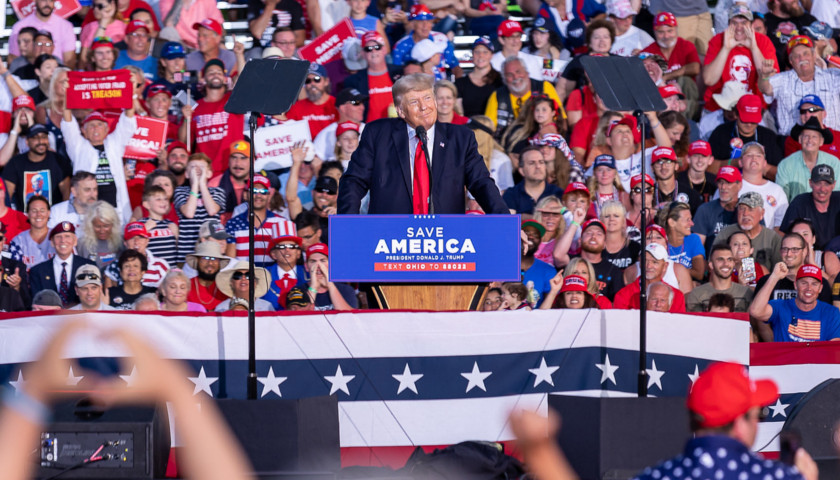 Laura Baigert is a senior reporter at The Star News Network.

3 Thoughts to “Scenes in Wellington: Pictures from the First Rally of 45th President Donald Trump Since Leaving White House”