NASHVILLE, Tennessee –  Multi-Grammy nominated family group The Isaacs (mother Lily, daughters Becky and Sonja and son, Ben) who have been enlisted by Dolly Parton, Reba McEntire, Paul Simon, Vince Gill, and many more for their remarkable harmonies, are gearing up to release their new album, The American Face on August 13. 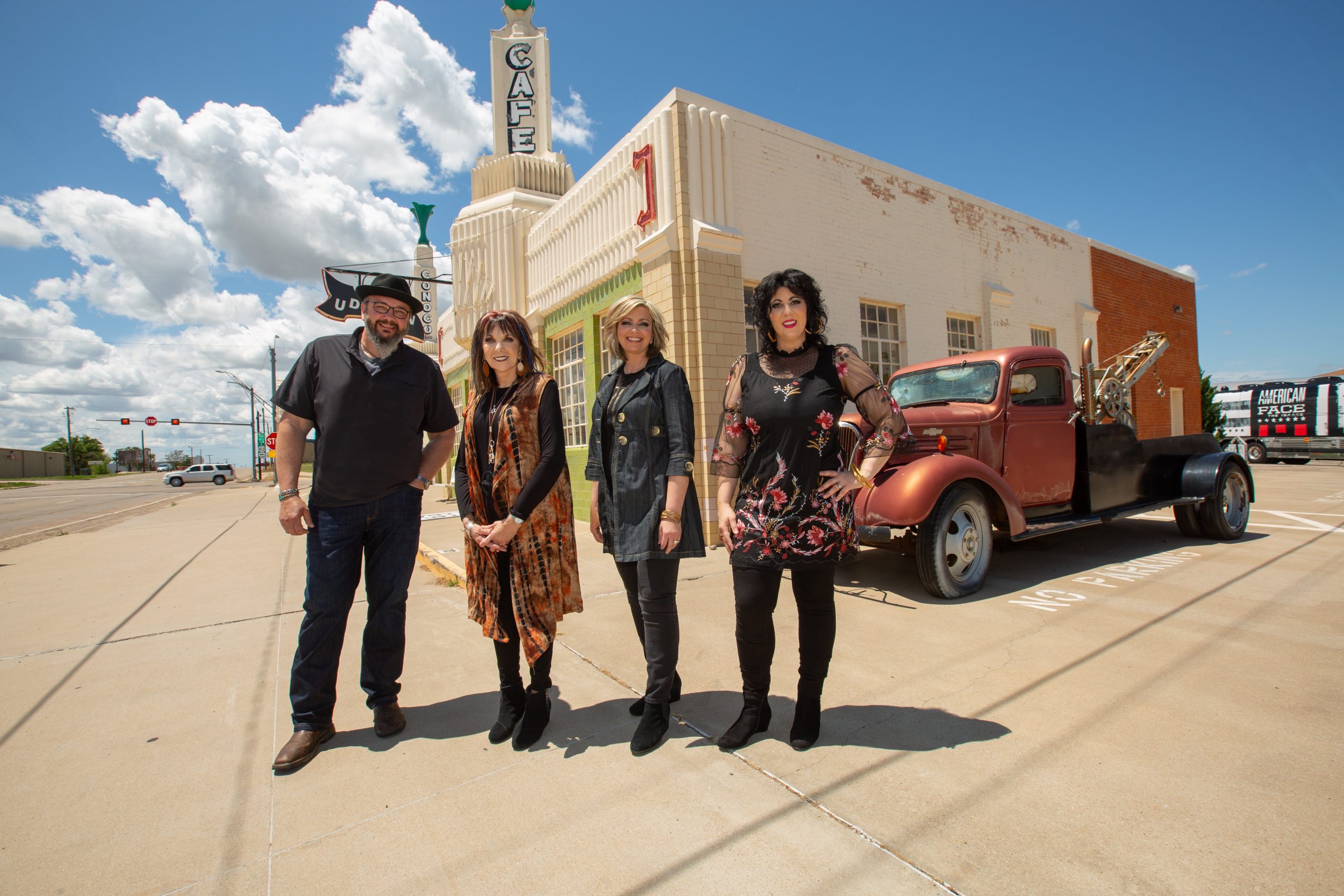 In anticipation of the album, the Isaacs released the title track, “ The American Face” today. The heartfelt song was written by daughter Sonya Isaac Yeary, son-in-law, Jimmy Yeary, and Tom Douglas in 2014 before COVID and the social divide that has surfaced recently.

As background, she explained, “Our family story is unique because I am an immigrant. My parents and I came from Poland because of World War II. They were Holocaust survivors and they came to New York City when I was two years old. I became an American citizen when I was nine with my parents at Ellis Island. We worked very hard to become American and I am proud of it.”

Isaacs continued, “We may not be pretty. We have different values and ideas and don’t always get along, but we are the American face. We are every culture, every religion, every color skin, and every idea. This is what makes America what it is.”

The songwriters put the sentiment of the song into words so brilliantly along with the melody. In addition, the video perfectly emphasizes the sensitivity of the song.

“I’m just so proud of the song and it couldn’t be any more timely than today,” Isaacs exclaimed.

The American Face is a 12-song collection split between new material like the title track and covers of classics like “More Than Words” by Extreme, “You’re The Inspiration” by Chicago, “We Can Work It Out” by The Beatles, and “Forever and For Always” by Shania Twain.

The Isaacs’ perfectly clear vocals and effortless harmonies give a breath of fresh air to these classic songs.

“All the cover songs on this album are part of our history. We did a Beatles’ song because I was a Beatle maniac. ‘We Can Work It Out’ is so timely for today. We did a song by Shania Twain which was one of Becky’s favorites. The song ‘Turn, Turn, Turn’ by the Byrds hasn’t been covered in such a long time is so relevant for today.”

Their simple cover of “More Than Words” was done with an upright bass and their acapella version of “You’re The Inspiration” are done in Isaacs’ style and are not to be missed.

Another notable original song written by daughters Becky and Sonya and Connie Harrington called, “Just Words” talks about how words and can hurt and heal.

“It gets me every time I hear it. Words do hurt and you can’t take them back,” affirmed Isaacs.

When asked what their style of music is, Isaacs informed, “We have no idea. We’re not bluegrass, we’re not southern gospel, we’re not really country, and we’re not Americana. We are who we are.”

Fans and newcomers alike are going to be pleased and possibly a little surprised by the scope of talent that the Isaacs bring to their newest record, The American Face. It has songs you remember along with some honest originals brought to you in the Isaacs’ style you’ve come to admire.

Not only that, a portion of proceeds from the album will benefit The Bridge Ministry, a 501(c)(3) non-profit organization in Nashville, which exists to alleviate the suffering of underprivileged children, the homeless, and the working poor by providing life-sustaining resources and a message of hope.