U.S. Rep. Mark Green (R-TN-07) has introduced a bill that he said will tackle some of the factors prompting the record-breaking surge of unaccompanied minors crossing the southern border.

Green, in an emailed press release, called his proposal the Migrant Accountability Act.

“The legislation, which follows multiple reports that the Biden Administration flew unaccompanied alien children (UACs) into the State of Tennessee without the state’s consent, builds on his previously-introduced States Have a Say Act. In addition to requiring the federal government to receive permission from a state’s governor before resettling refugees within that state’s boundaries, this bill requires the same permission before placing unaccompanied alien children (UACs) in any state,” Green said in the press release. 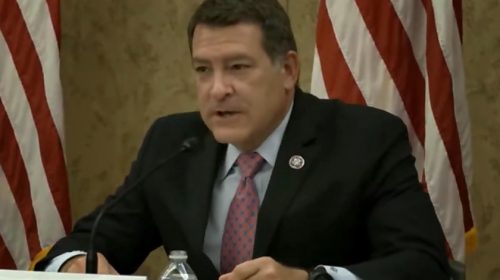 “It would also transfer legal custody of UACs to the Department of Homeland Security (DHS), the agency responsible for enforcing our nation’s immigration laws. Finally, the legislation would require UACs from contiguous countries like Mexico and Canada to be treated in the same way as UACs from non-contiguous countries, removing a double standard that has created massive delays in the removal of UACs from the United States once their cases have been processed.”

Green said in the press release that he crafted the bill after consulting with immigration experts and his former colleagues in the Tennessee General Assembly.

“In less than 200 days in office, the Biden-Harris Administration has hung an open sign at our southern border—and every community will see its consequences. My bill addresses the key factors that are attracting UACs to our southern border and ensures that the Biden Administration doesn’t circumvent our states when it comes to placing the surge of unaccompanied minors crossing the border,” Green said.

“This legislation also removes the double standard of how UACs from contiguous countries are treated versus those from non-contiguous countries, fixing a mind boggling policy that has tied the hands of law enforcement. And finally, for both our national security and the safety of each child, it’s only common sense to give DHS jurisdiction of UACs as the agency that handles our nation’s immigration enforcement. HHS is a public health department and should be focused on combatting the COVID-19 pandemic and working to prevent future pandemics.”