Charlottesville, Virginia – The City of Charlottesville removed two famous Confederate statues of Robert E. Lee and Stonewall Jackson on Saturday. Workers began removing Lee shortly after 7 a.m. to a moderately sized crowd, but more people arrived later in the morning to see Jackson lifted off his pedestal and driven to storage. In a special meeting afterwards, the city council also approved removing Charlottesville’s Lewis, Clark, and Sacajawea statue; workers removed that statue after the meeting. 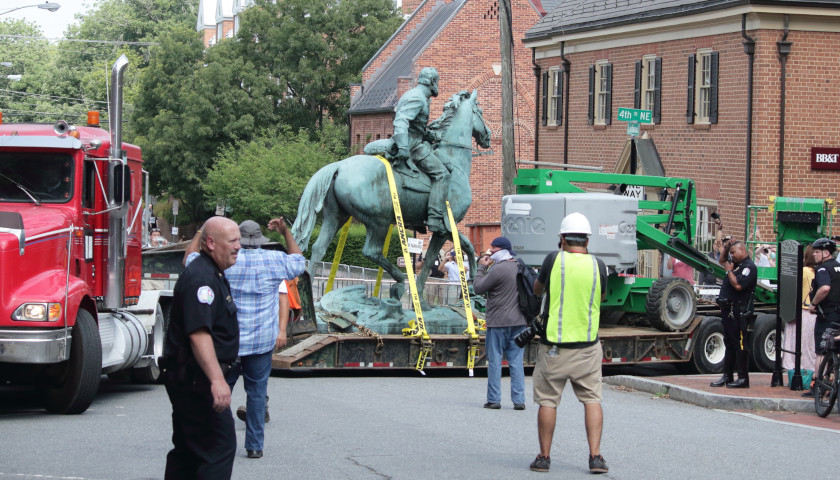 “Taking down this statue is one small step closer to the goal of helping Charlottesville, Virginia, and America, grapple with the sin of being willing to destroy Black people for economic gain,” Charlottesville Mayor Nikuyah Walker said in a speech before the monuments came down, according to The Associated Press.

Peaceful crowds cheered as the statues rose off their pedestals; several attendees told The Virginia Star it was a long-awaited positive step for the city, but said just removing the monuments wouldn’t address serious underlying cultural problems.

J. Calvin Jefferson, a retired archivist for the National Archives, watched Jackson ride off on a semi-trailer. He suggested that the statues could potentially be given to a Confederate heritage organization like the Daughters of the Confederacy, as long as they were careful to tell the whole history and not just one side. 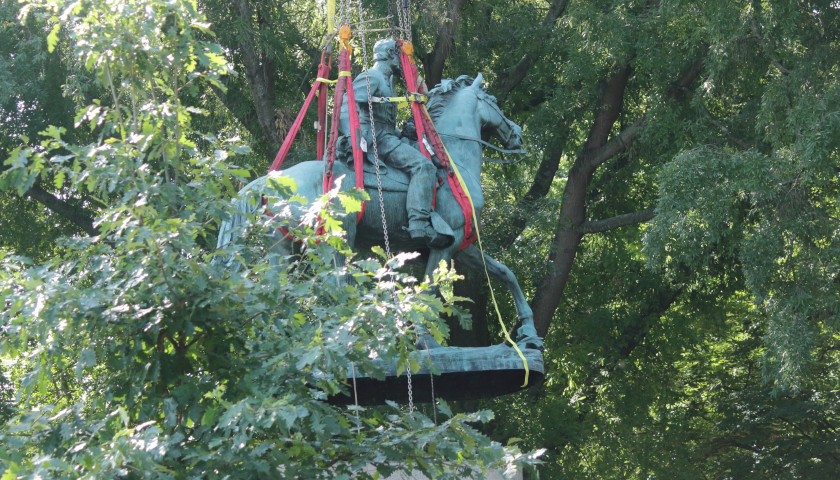 Jefferson’s family is descended from the earliest slaves brought to Albemarle County. He said that demonstrates African-Americans are a significant part of America’s earliest history, and expressed a need to include their perspectives in public depictions of history. Jefferson said removing the statues is not erasing history and is just a first step to more accurately teaching American history.

The Jackson statue was erected in 1921 and the Lee statue was unveiled in 1924. They were erected near each other in two parks in downtown Charlottesville, according to the University of Virginia (UVA) School of Law’s research guide. In March 2016, Charlottesville High ninth-grade student Zyahna Bryant launched a petition calling for the Lee statue to be removed. At the time, C-Ville reported division among residents and experts, but a majority seemed to support removal of the Lee statue.

The plaintiffs who sued argued that the city was violating a 1997 law against removing or covering war statues and monuments, an argument supported by a January 2020 circuit court ruling. However, in April 2021 the Virginia Supreme Court said that since the statues weren’t erected under the authority of the 1997 statute, they aren’t governed by that law. 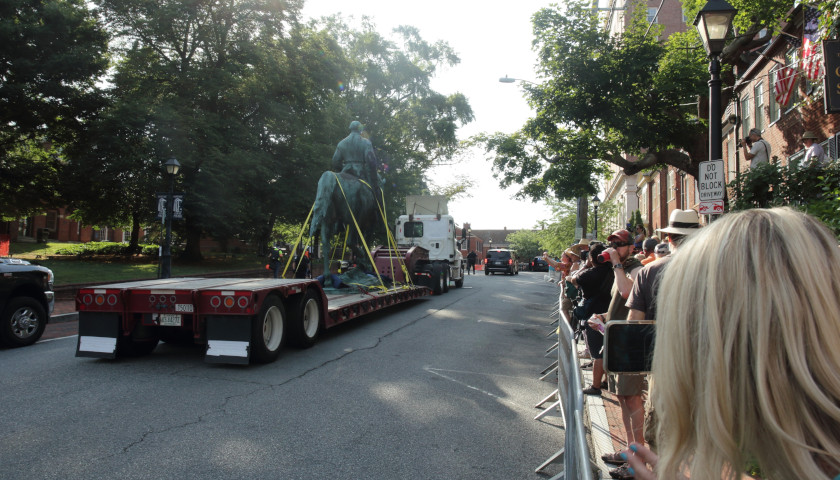 According to a city press release in May, the city council published notice of its intent to remove the monuments, and in June, the city began a 30-day offering period for relocation and placement of the monuments. The city said it has received ten responses that are currently under review. On July 7, the city council appropriated $1 million for removing Lee, Jackson, and the Lewis, Clark, and Sacajawea statue.

In remarks Saturday morning before workers removed the statues, Bryant said in AP video, “To the young people out there I hope that this empowers you to speak up on the issues that matter and to take charge in your own cities and  communities. no platform for white supremacy, no platform for racism, and no platform for hate.”

The city council unanimously decided to act quickly to remove the third statue while the crews and equipment were already available.

Eric Burk is a reporter at The Virginia Star and the Star News Network.  Email tips to [email protected].
Photos by Eric Burk.