Former U.S. Ambassador to the United Nations Nikki Haley spoke in a Glenn Youngkin rally Tuesday. Over a hundred supporters and volunteers packed into a too-small, overheated room at Youngkin’s Richmond base. Haley, who also served as South Carolina governor, explained why she was supporting Youngkin.

She said she spoke with Youngkin before he decided to run. 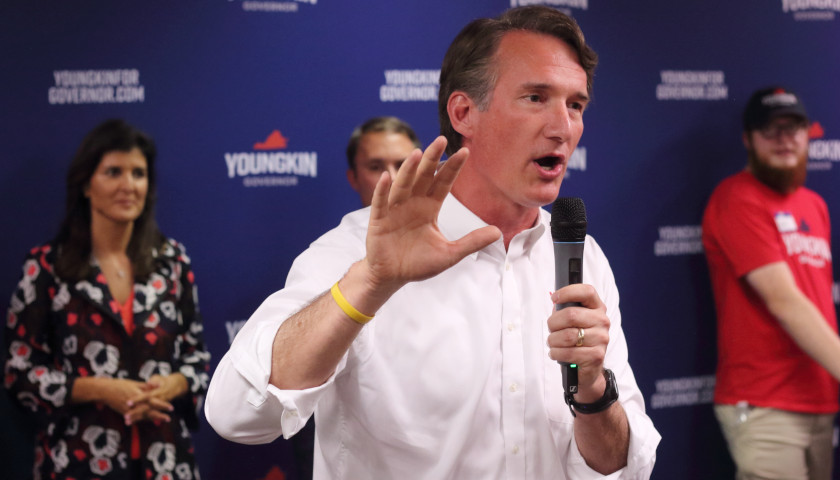 Haley said, “He told me, ‘Well you know I’ve never held a political position before.’ And I said, ‘That’s what’s going to make you good.’ He has four children, so he understands what it means to make sure we bring them up right, with a good education, with opportunities in front of them in a world that is safe.”

She listed Youngkin’s business experience and his faith. Haley said, “He understands that you know better what you and your family need than government ever will.”

In his speech, Youngkin spoke against ending right-to-work, and against teaching Critical Race Theory in Virginia schools. He spoke in favor of school choice and charter schools. He said he would fully fund Virginia police, echoing Attorney General candidate Jason Miyares’ tough-on-crime speech. Youngkin ended with an exhortation to the volunteers.

“We’ve got work to do. This election starts on September the 17th, not November the second,” Youngkin said. We’ve got to go to work knocking on doors and sending out letters and making phone calls. That’s why this office is here.”

Haley served in the Trump administration, but she also attracted attention by criticizing Trump following the January 6 U.S. Capitol riot. Politico reported that Haley said, “His actions since Election Day will be judged harshly by history.”

“Having her here to vouch for Glenn’s readiness to be governor is very important to Virginia Republicans, and to swing voters,” Anderson told reporters. 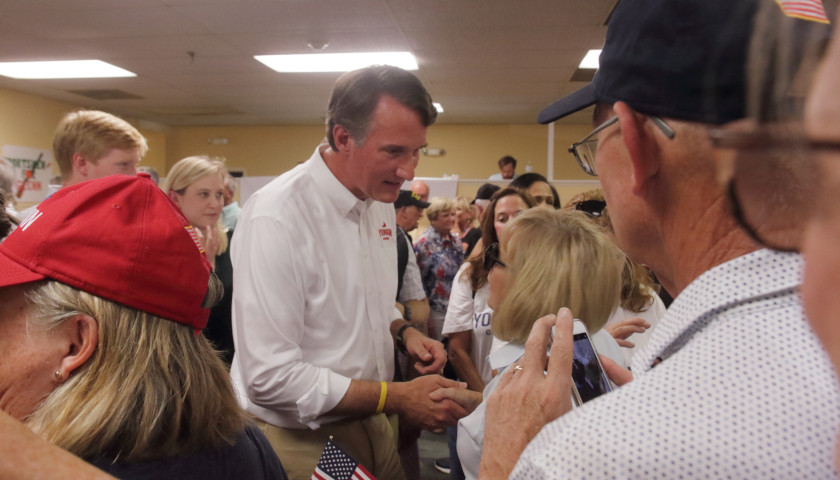 “It all depends on if he wants to come,” Anderson said. “If a former president came here, we would of course welcome the former leader of the Republican Party,” Anderson said. “Let’s just say one thing: Mr. Trump has a mind of his own, and where it’s going to take him, a visit to Virginia or not, who knows.”

On Wednesday, Haley and Youngkin will be in McLean for a discussion on jobs and economic opportunity.

Youngkin supporter Tywana Hampton is the founder of Godsballot.org, a project to attract Black voters away from the Democratic party. She explained what Haley’s appearance with Youngkin means.

“He definitely supports women. He supports people of color. He recognizes talent regardless of your race or ethnicity or your sex, that’s not important. He just seems to be a lover of people and he seems to recognize talent,” Hampton said.

Mike Cherry is the GOP candidate for House of Delegates District 66 outside Richmond. He commented on Youngkin’s chances with critical suburban voters.

Eric Burk is a reporter at The Virginia Star and the Star News Network.  Email tips to [email protected].
Photos by Eric Burk.