Long before I started following country music and moved to Nashville, I listened to Big Band music and loved the jazz “standards.”  It was the one genre in which my classically trained mother and I both equally enjoyed.

I am old enough to vaguely remember the Dean Martin Variety, along with his celebrity “Roasts,” and how much fun it was. When I got a press release telling me about Deana Martin’s very popular Facebook LIVE! show, I knew I wanted to find out more about the daughter of the legendary singer who also was an integral part of the iconic Las Vegas Rat Pack in the 1960s. 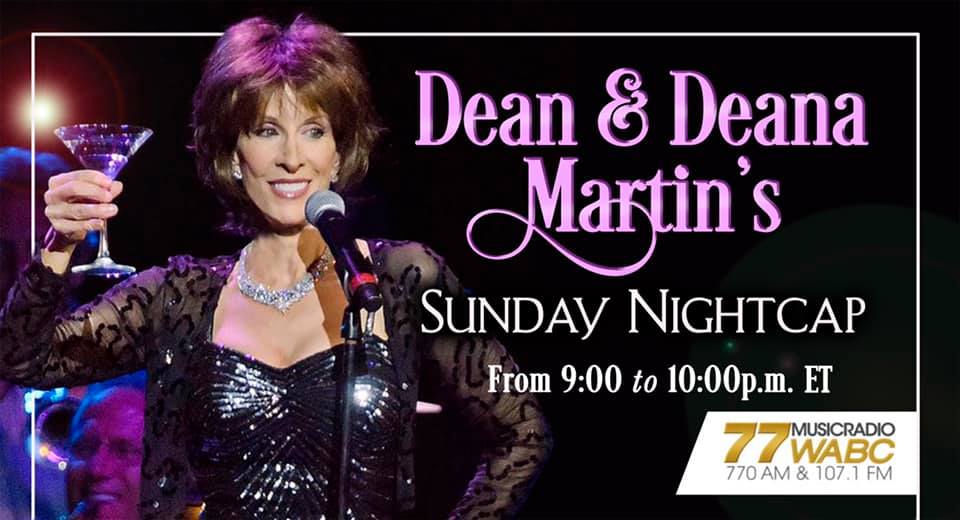 The first thing I did after I had scheduled the interview was to download and read her New York Times Best Selling Book, Memories Are Made of This: Dean Martin Through His Daughter’s Eyes.

What surprised me the most was her degree of honesty. In it, you find that Deana Martin had the most heartbreaking and glamourous life, sometimes both at the same time. Her friends Liza Minelli and Tina Sinatra shared similar childhoods.

She states candidly, “Dean Martin was not always a good father but he was a good man.”

Even still, upon meeting Deana Martin, you instantly know she adored her dad with every fiber of her being.

The now 72-year-old daughter is as talented as her famous father, with performing being as natural to her as breathing air.

Deana Martin recalled, “I watched my dad perform at the Sands in Las Vegas since I was nine years old and it filled me with joy and I knew that was what I wanted to do too.

She continued, “When I walk out on stage with the live musicians, an audience, and I get to wear a pretty dress, it is remarkable that I get to sing for them.” 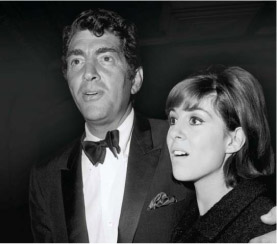 Like the rest of the entertainment industry, the accomplished actress and songstress was devastated when the pandemic shut down all of her up-and-coming shows. But she had the tracks to all her songs in her home studio and she and her husband decided to give Facebook live-streaming a whirl.

When I watched several of her taped live stream shows, it brought back smiles and memories as she covered songs from her home studio, like “Fly Me to the Moon,” “The Best is Yet to Come,” and “Everybody Loves Somebody.”

She explained, “At the beginning of the year (2020) when the live shows were all canceled, we decided not to stop. I wanted to still interact with my audience and what better way to do so than to live stream? So, we put our iPhone on a tripod, and now every Friday since, I have been able to spend with my Pallies from all over the world.

In her show, Deana Martin takes requests, sings standards, reads fan mail, and even debuts new songs. If she makes a mistake, she just laughs about it and it’s part of the show. (Just as the original Dean Martin did.)

Within a few weeks of streaming, Deana Martin had over 50,000 viewers. “Who knew?” she asked.

“I even got a Christmas card from the president of Malaysia,” she said. 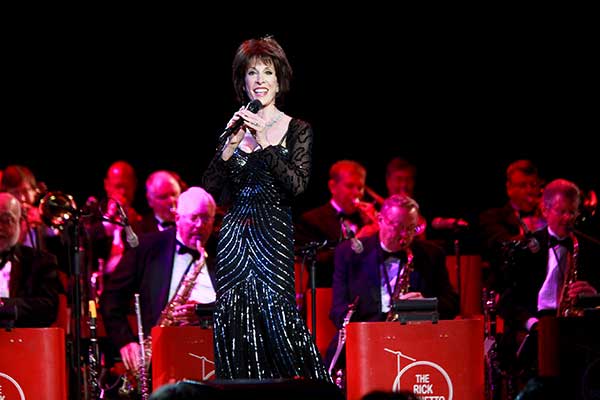 Today, her 70+ shows are expertly produced by her husband/producer, John Griffith, and are so popular they consistently put her show in Pollster’s Top 10 Artist in the first quarter of 2021.

Her 64th consecutive live stream, which landed the #1 spot on Pollstar, scored a viewership of 401,344 and was presented live on her website as well as social platforms. The show honored her father Dean Martin in celebration of his June 7 birthday. Deana hit the top spot, edging out the Grand Ole Opry and Love Rocks NYC featuring Sara Bareilles, Jon Bon Jovi, Joe Bonamassa, Billy F Gibbons, and more.

“I was shocked, but I am thrilled and delighted to have such loyal fans,” she exclaimed.

As I was researching this story, I came across a gem I never expected to find. Deana Martin has recorded a Big Band version of Chris Stapleton’s “Tennessee Whiskey.” I have to admit I was super skeptical, but in my humble opinion, it works. The song matches Martin’s musical style and sensibility seamlessly.

She reminded me, “You know I started in country music.” Written by Dave Burgess, “Girl of the Month Club” was as country as you can get.

Besides her popular Deana Martin LIVE! show, the entertainer has her podcast featured on New York’s 77WBAC Talk Radio called “Dean and Deana Martin’s Nightcap.” Songs and stories from both Martins and their famous friends are featured in the memorable show.

Later on this year, Deana Martin will be playing a few shows in person with Rick Brunetto’s Big Band at the Valley Dale Ballroom in her hometown of Columbus, Ohio.  She will add more dates to her website as they are confirmed.

Just like her famed father, “The King of Cool,” you get the sense that there is nothing she cannot do. And you’re right!  With an abundance of success under her belt as a hit recording artist, highly praised concert performer, an accomplished actor, and best-selling author – Deana Martin seems to excel effortlessly at everything she does.