Morrissey said that both VGT and skill games are essentially slot machines. Skill games popped up in Virginia as a way to avoid legal bans on slot machines, but in 2020 the General Assembly outlawed skill games. Then, Governor Ralph Northam and the legislature amended the ban to allow the state to tax the games to provide revenue for the COVID Relief fund, with the ban postponed until July 1, 2021.

Multiple lawsuits have been filed to allow business owners to keep operating the games. 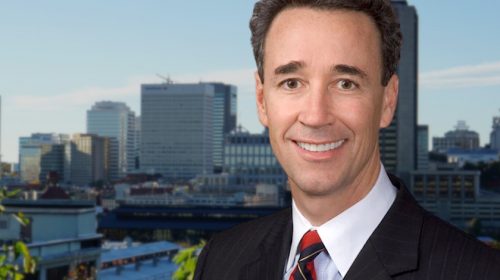 Morrissey said, “Right now we don’t have [skill games] because the General Assembly ended it, but there were people that cheated. They’d have five machines in their shop, three were taxed, two weren’t. You cannot do that in Illinois.”

Richmond-based KVCF Solutions Lobbyist Dylan Bishop told The Star that VGT are more easily monitored and taxed by the state than skill games, since VGT work through a central computer system.

He said, “Our machines would all have to be connected to a central computing system that would be operated by the Commonwealth that would trace every dime, in real time, the money in, money out. It provides unfettered financial transparency, which is absolutely necessary in this sort of gaming environment.”

Bishop also said there is no skill component to VGT — they’re based on random number generators.

Additionally, legislators can legally mandate how much profit after taxes will be split between VGT operators and host businesses.

In the 2021 General Assembly Session, Bell introduced SB 1407, which died in committee. Bishop said the bill would have legalized VGT, with similar bills introduced in previous years. Bishop said McPike is administering a study on electronic gaming.

“In conjunction with that study, we took a delegation of legislators to Illinois to see these games operate in a fully-regulated environment, and talk with the regulators and the legislators there that have championed gaming related issues,” Bishop said.

According to The Virginia Mercury, the legislators flew on a private jet and spent the night in a Hyatt Regency.

Bishop said they first flew into Effingham, Illinois, where two of the gaming operators are located. They received briefings from industry leaders on the regulatory framework and revenue projections. While there, they visited locations like those that could host VGTs in Virginia.

Bishop said, “We toured a VFW hall, a truck stop, and then a bar-restaurant, to see these games in action.”

Morrissey was impressed with what he saw on the trip, thanks to more professional standards, designated rooms, and cleaner locations.

Then, the legislators flew to Chicago, where they had dinner with several Illinois legislators, who spoke about VGT in Illinois.

“I ate sea bass for dinner, and asparagus I went back to my room, and I’m in bed like I usually am by nine-thirty or ten o’clock,” Morrissey said.

On Wednesday morning, the legislators met with Illinois gaming board administrators who described the regulatory framework and enforcement surrounding Illinois’ VGT systems. Then, they flew back to Richmond.

Morrissey said he filed an ethics disclosure in advance of the trip, and that it was a short trip. “There were no call girls, there was no gambling, and there was no steak,” he said.

Morrissey wants Virginia business owners to have access to both VGT and skill games so that competition and market forces can benefit his constituents.

“Those businessmen and women, many of them are my constituents, they don’t care if its VGT machines or if it’s skill game machines. It’s the same thing to them, and in all practicality it’s the same machine,” Morrissey said. “They’re both slot machines. I want those machines in my constituents’ stores, and I don’t want them prejudiced by the big gambling operations, you know, the casinos, etc.”

Even as Virginia passed laws against skill games, it passed laws allowing casinos and mobile sports betting. But Morrissey thinks there’s still an appetite for small gambling in Virginia. He expects to see legislation to allow VGT and skill games introduced in upcoming General Assembly sessions. He said that last year when skill games were briefly taxed, they raised almost $100 million for COVID-19 relief funds, and more money was left on the table.

Morrissey said, “When Mom and Pop, owner of a corner grocery store, or corner convenience store, do not have a VGT or skill game machine in their store, but in a contiguous county they do and they’re doing twice the business, plus they’re getting paid for their VGT businesses, you better believe they’re going to reach out to their legislator and they’re going to say, ‘Get this for me too.'”